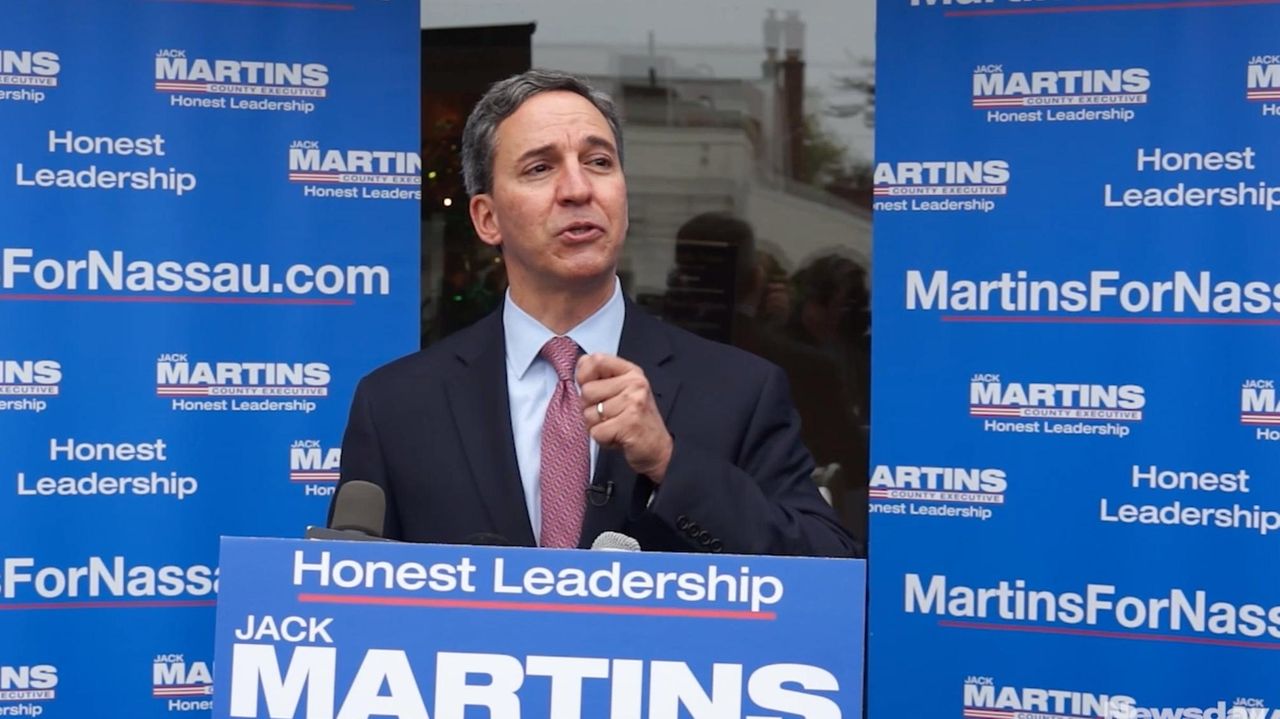 Martins, a former Mineola mayor who ran unsuccessfully for Congress last year, is expected to secure the Nassau Republican Party’s nomination when it meets Thursday, said a senior party source.

“The issues facing the county are significant and need real reform,” Martins said in an interview Tuesday. “I have the vision, the experience, the drive and the resources to make these changes.”

Martins, 49, of Old Westbury, will announce his candidacy officially Wednesday at Village Hall in Mineola.

Among his priorities, Martins said, are restoration of the public’s faith in government after a series of recent arrests and indictments of elected officials, including County Executive Edward Mangano.

Mangano, a Republican, is facing federal corruption charges in connection with his dealings with a Bethpage restaurateur. Mangano’s wife, Linda, and former Oyster Bay Town Supervisor John Venditto also were charged in the case. All three pleaded not guilty.

“Having elected officials carted off in handcuffs can’t be the new normal,” Martins said.

Mangano, who has not said whether he will seek a third term, called Martins’ candidacy “election season nonsense.” Mangano criticized Martins for ”supporting” former Senate Majority Leader Dean Skelos, who was convicted of federal corruption charges, and for failing to pass assessment reform while in the Senate.

Martins, who called on Mangano to resign in October, said he would push for a change to the county charter to allow indicted elected officials to be recalled from office through public referendums.

Martins said that if elected, he also will reform Nassau’s contracting system and tighten restrictions that limit interaction between government officials and companies doing business with the county.

Martins spent eight years as the mayor of Mineola and three two-year terms representing the Seventh Senate District, which runs from the Nassau-Queens border to Hicksville.

Martins said his campaign would focus on solving the county’s fiscal troubles, so the Nassau Interim Finance Authority, a state financial control board created in 2000, can be disbanded.

“For its first 100 years we were the pre-eminent suburban county in America,” Martins said. “But we’ve spent the second century under a financial control board. We cannot let the last 20 years define the next 80 years. I believe our best days are still ahead of us.”

Nassau Democratic Party Chairman Jay Jacobs said the county’s problems stem from a “culture of pervasive corruption” among Republicans. “He loses all credibility as a corruption fighter when, once again, he accepts their nomination for high office,” Jacobs said of Martins.