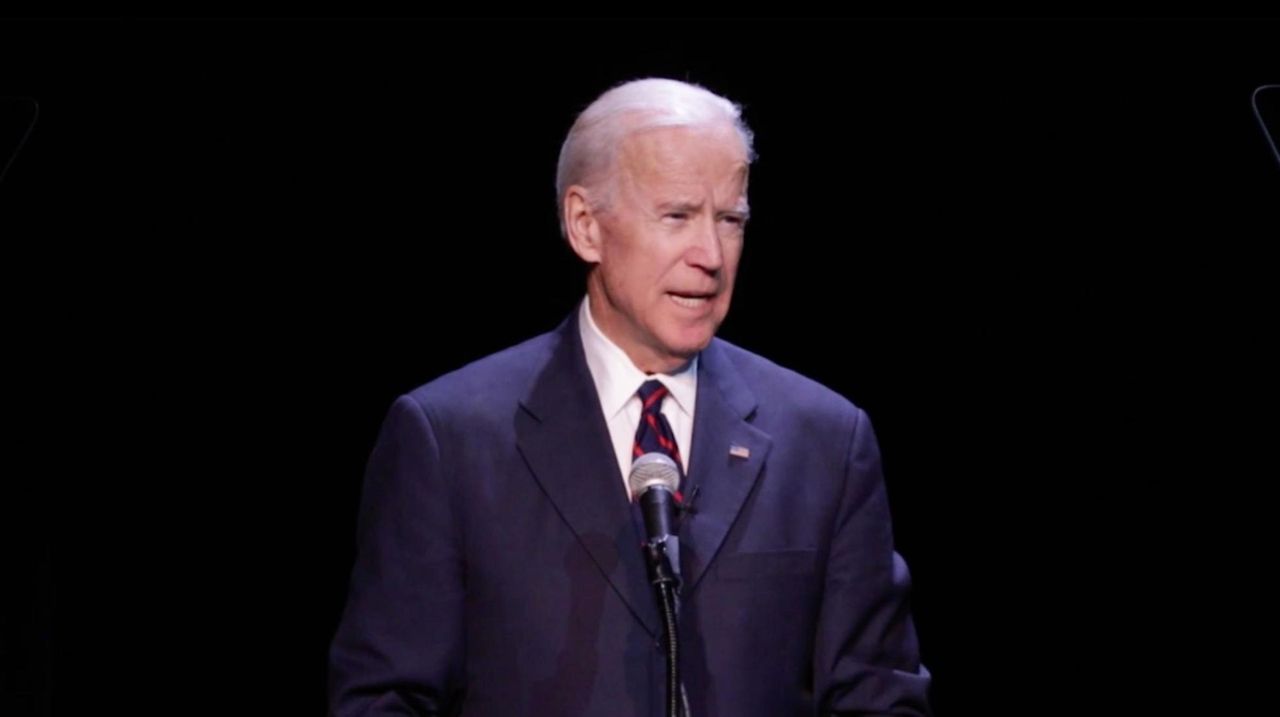 Former Vice President Joe Biden told a crowd of more than 1,000 in Brookville Tuesday night that Russian aggression, from meddling in the 2016 presidential election to military incursions in Eastern Europe, represents a “complex threat” to democracy both at home and abroad.

In a 25-minute speech at the Tilles Center at LIU Post, Biden railed against Russian President Vladimir Putin as a “ruthless leader” who has waged military and cyber campaigns to mask his nation’s failing economy and shrinking population.

Biden, who served 36 years in the U.S. Senate representing Delaware and eight years as President Barack Obama’s vice president, was the keynote speaker for the Global Institute, which is focused on foreign policy and national security.

The event was moderated by former Rep. Steve Israel, a Huntington Democrat who serves as chairman and distinguished writer-in-residence at the Global Institute.

Biden, who lived briefly in Garden City as a child, was sharply critical of President Donald Trump’s populist policies, which he said have alienated NATO allies and damaged America’s reputation overseas.

Biden, 75, and Trump, 71, have exchanged sharp words — and in the case of the president, tweets — in recent weeks.

At a rally in Miami earlier this month, Biden criticized Trump’s use of derogatory language to describe women.

“If we were in high school, I’d take him behind the gym and beat the hell out of him,” Biden told an audience March 20 at a University of Miami rally.

Trump responded in a tweet, calling Biden “weak, both mentally and physically” and vowing that in a fight the former vice president “would go down fast and hard, crying all the way.”

Biden is considered a potential Democratic challenger to Trump in 2020.

While he was not asked Tuesday about a potential third presidential campaign Biden has indicated he is keeping his options open.

Biden, who helped to spearhead the Assault Weapons ban while in the Senate, was optimistic the nation was moving toward gun control legislation in the wake of a series of deadly school shootings.

He credited students from Long Island and across the nation for leading gun control rallies last weekend and for forcing members of Congress “to focus on what they have to do to take a chance to make them safer.”

Biden added that the time was right for “sensible gun safety legislation . . . The NRA can be beaten. We’ve beaten them before and we’ll beat them again. ”