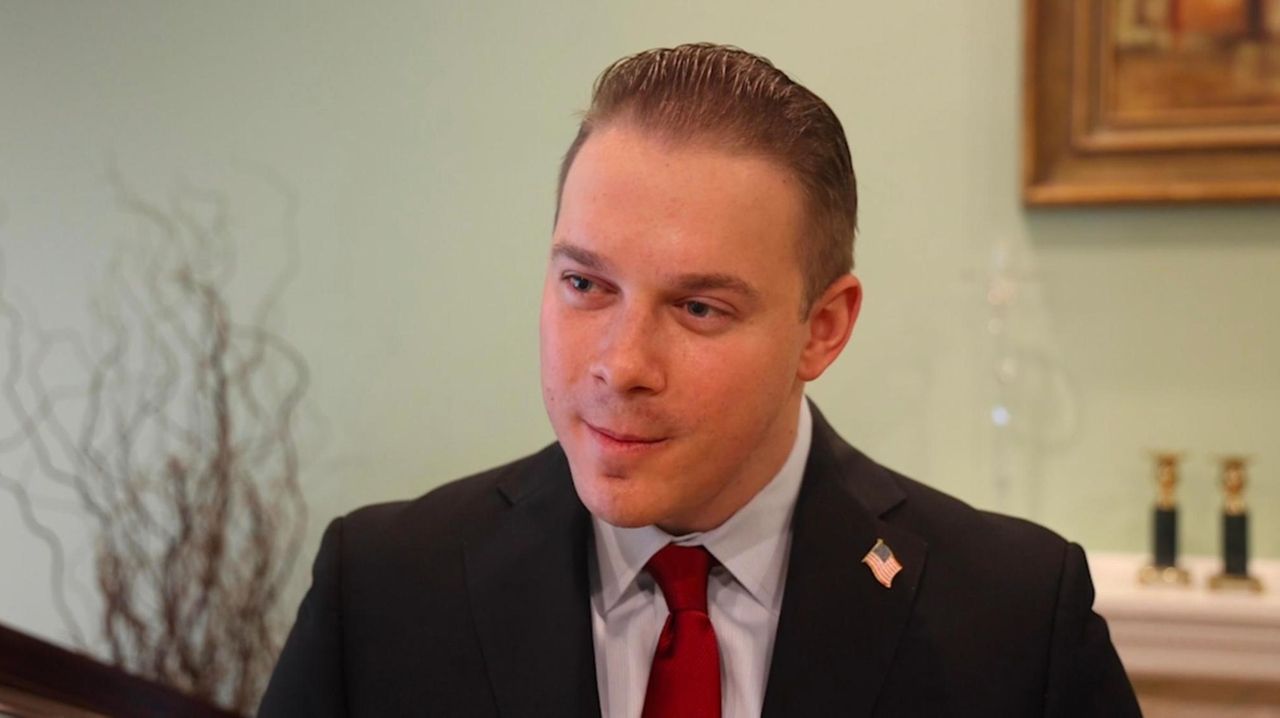 Lafazan, a Woodbury Democrat, said if elected, he would seek to lower health care costs and curb substance abuse and gun violence.

"Living in this community for my entire life, it's allowed me to connect every day with people and understand the issues that are important to them," Lafazan told Newsday.

Lafazan, 27, entered public life in 2012 when, as a senior at Syosset High School, he won a seat on the district's school board.

He was elected to the county legislature in 2017 as an independent.

Lafazan has caucused with Democrats, and on Dec. 1 switched his party registration to Democrat, according to the Nassau County Board of Elections.

Rep. Lee Zeldin of Shirley is among the candidates in the Republican primary for governor.

Nassau and State Democratic Party chairman Jay Jacobs told Newsday that while he "liked" Lafazan "a lot," he was hopeful Suozzi would bow out of the governor's race.

"My hope is that we can convince Tom Suozzi to run for reelection," Jacobs, who is backing Hochul's reelection, said.

The 3rd District race "will be competitive, and I would just as soon have one less competitive congressional seat to deal with," Jacobs said.

On Monday, Suozzi reaffirmed his intention to stay in the governor's race.

Community organizer Melanie D'Arrigo, of Port Washington, who lost a Democratic congressional primary to Suozzi in 2020, has announced she will seek the party' nomination again next year.

"There's a lot to be determined," including the new boundaries of the district, "and whether they'll be an incumbent Democrat in the district," Zimmerman said.

The Third District stretches along the North Shore of Queens and Nassau and into Suffolk.

Democrats outnumber Republicans by a margin of 39% to 28%, while 28% of district voters are not registered with a political party, election board records show.

Lafazan drew criticism from Democrats and community advocates last summer for introducing a bill to give police and other first responders the right to sue under the Nassau County Human Rights Law when they face "discrimination" from protesters or others.

"I'll admit the bill could've been written better, and I learned going forward that before I bring a bill to the floor, I have to speak to community activists and leaders who will be affected by that piece of legislation," Lafazan told Newsday.