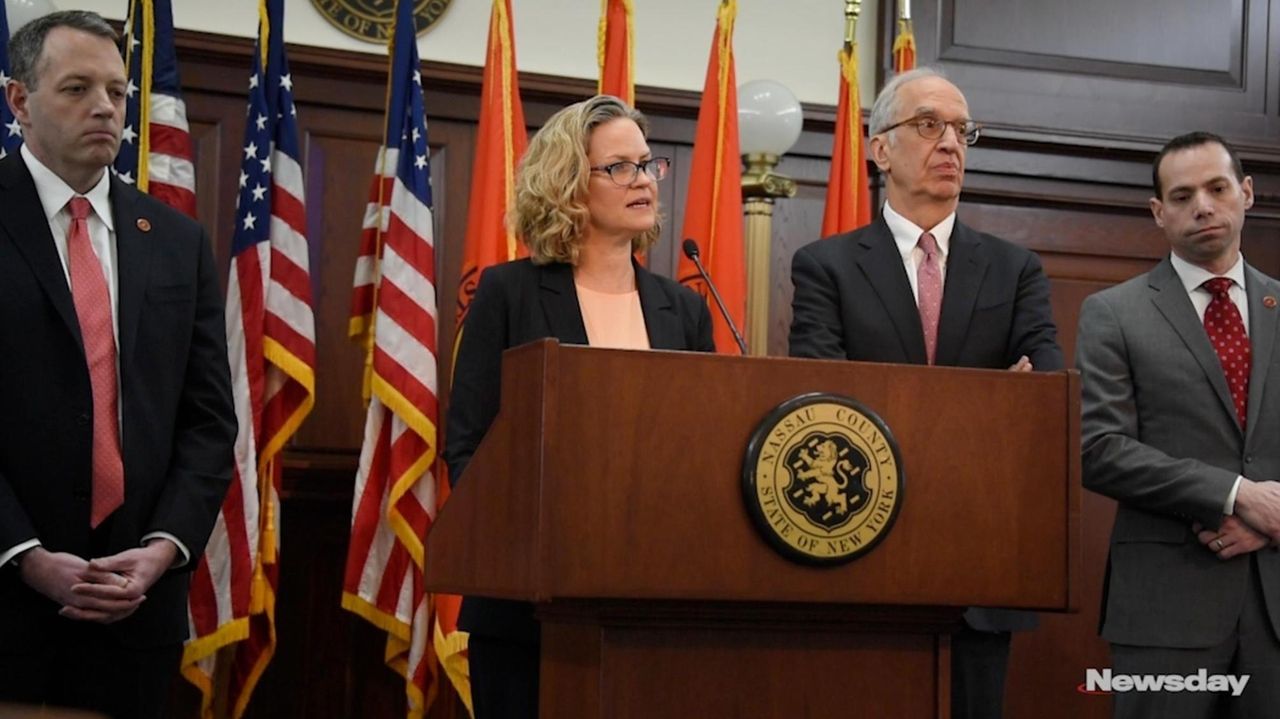 Exiger, a Manhattan-based company that uses the technology with financial clients, is offering the software to Nassau without charge under an 18-month pilot program. The company generally works with financial institutions, issuing specialized reports to them about potential risks to their business.

Curran, a Democrat, said the county will begin using the software on March 4. She called it "another big step that will take Nassau County from worst, to first, when it comes to transparency and ethics in procurement."

The new software uses "natural language processing" to refine searches to capture particularly relevant information, rather than a crush of findings a Google search could generate.

For example, with banks, "is there now something about this oligarch, did you do something that now we need to know about?" said Mike Cherkasky, Exiger executive chairman.

Cherkasky is a former federal monitor who oversaw the carting industry on Long Island, HSBC and the Los Angeles Police Department. He also is a former rackets bureau chief in the Manhattan district attorney's Office.

"There is some mistrust in government … but going forward, we have to prove to our taxpayers that we are spending their money properly. We're very heavily taxed here in Nassau County," Curran said.

Without a comprehensive, central contract and vendor database, this system is nearly impossible to thoroughly audit or review," the report said.

"The county has very few people to do this. You've got one person in each department basically looking at their contracting process," he said. "Even if somebody does do a deep dive, they're not necessarily knowing what they're looking for. This artificial intelligence does a lot of that information for you."

1:43
Man pleads not guilty to rape, strangulation charges
Low vaccination rates may be linked to college students
Patchogue man indicted on charges he abused girls in illegal day care
1:49
Day after NY reopening, not all are ready to drop safety measures
After failed vote, Three Village moving toward contingency budget
1:46
NYC to crack down on temporary counterfeit license plates
Didn’t find what you were looking for?