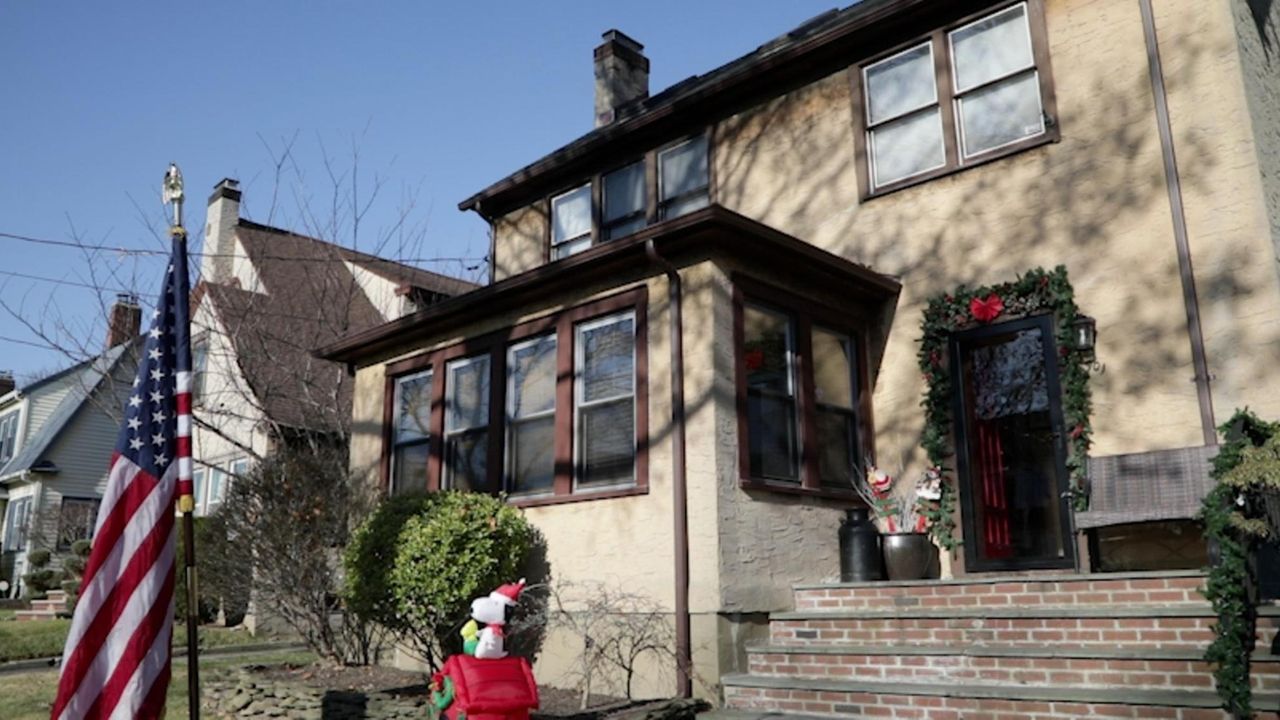 Nassau Executive Laura Curran called on state lawmakers to pass a bill that would allow the county to phase-in property tax assessment changes over a 5-year period. Her plan has been met with mounting frustration from county taxpayers. Credit: Newsday / Yeong-Ung Yang

Nassau County Executive Laura Curran, facing taxpayer anger over the countywide reassessment, appeared Tuesday with homeowners who support her plan, including several projected to see tax decreases after years of paying a disproportionate share of the property tax burden.

At a news conference, Curran issued a forceful defense of her plan and expressed sympathy for property owners whose tax bills are expected to rise due to reassessment.

Curran held the news conference outside a Baldwin home where the owner, Julie Buske, expects to get a nearly $3,200 tax decrease. Curran blamed the administration of former County Executive Edward Mangano, majority Republicans in the county legislature and special interest groups for allowing the assessment crisis to worsen.

Mangano, a Republican, froze tax rolls in 2011. Since then, taxpayers who successfully grieved their assessments shifted some of the tax burden onto those who did not.

"We are doing the job that Mangano and the GOP majority in the legislature were afraid to do," Curran said. "We reassessed property in Nassau County, and no surprise: Property is worth more than it was nine years ago."

"I understand the anger expressed by homeowners. Those with increased taxes don’t want increases," Curran said. "Those with decreases ask why they were overpaying for eight years. I’m angry. That’s why I ran. I am angry that taxpayers are forced into this position."

She continued, "To those of you who played by the rules of this corrupted game and hired tax grievance firms to grieve — you did nothing wrong. You did as you were told. But you were led to believe this was a permanent fix. They set you up for this day of reckoning — because everyone knows you can’t stay with a frozen roll forever."

The reassessment would raise taxes for 52 percent of homeowners and lower them for 48 percent, according to county projections. More than 39,000 residents would see increases of more than $3,000, while more than 33,000 will see reductions of that size.

Curran, a Baldwin Democrat in her first year in office, called on county lawmakers to support possible state legislation to allow Nassau to phase in assessment changes over a five-year period. That would slow both the increases and decreases.

Curran also called on legislators to endorse the phase-in and "to stop perpetuating the fiction about our market values being wrong. Our values are good."

Tax impact statements have begun appearing online and in residents' mailboxes in recent weeks. Taxpayers have flooded county offices with thousands of phone calls, voicemails and emails about reassessment, while local lawmakers have been holding public meetings on the issue.

At the news conference, Erin Guida, 38, of Hicksville, praised Curran's actions. Guida's total taxes would fall from $8,323 to $7,485 under reassessment.

"Why have we been paying so much, and why did it take so long?" Guida asked. "We do sympathize with those families like ours who continue to make it work here in Nassau who will see their taxes increase, but this will bring all of us stability and predictability."

Karen Higgins, 55, of Massapequa Park, said she, "didn't realize that over the past few years I have been overpaying . . . While some people might say 'Why should yours be going down,' it's only because I've been paying too much for the last few years, and I do appreciate that people will have to pay more, and I am all for phasing it in, as long as it doesn't take too long."

County lawmakers from both parties have been critical of Curran's plan.

Legis. Debra Mulé (D-Freeport) was the only county lawmaker to join Curran at the news conference.

"It takes tremendous courage to do what she's doing and try to make this right," Mulé said of Curran. "I believe that we need to just ride this out."

Presiding Officer Richard Nicolello (R-New Hyde Park) said Tuesday that "everybody knows this system was broken and needs to be fixed . . . We want it to be fixed right."

Nicolello said Curran has "seemed very sensitive that we’re asking questions about this. What’s coming from us is what we’re hearing from the community."

See impact of Nassau tax changes by school districtNassau County estimates that roughly 52 percent of property owners will see a tax increase while 48 percent will see a tax decrease under a planned change in the assessment system.