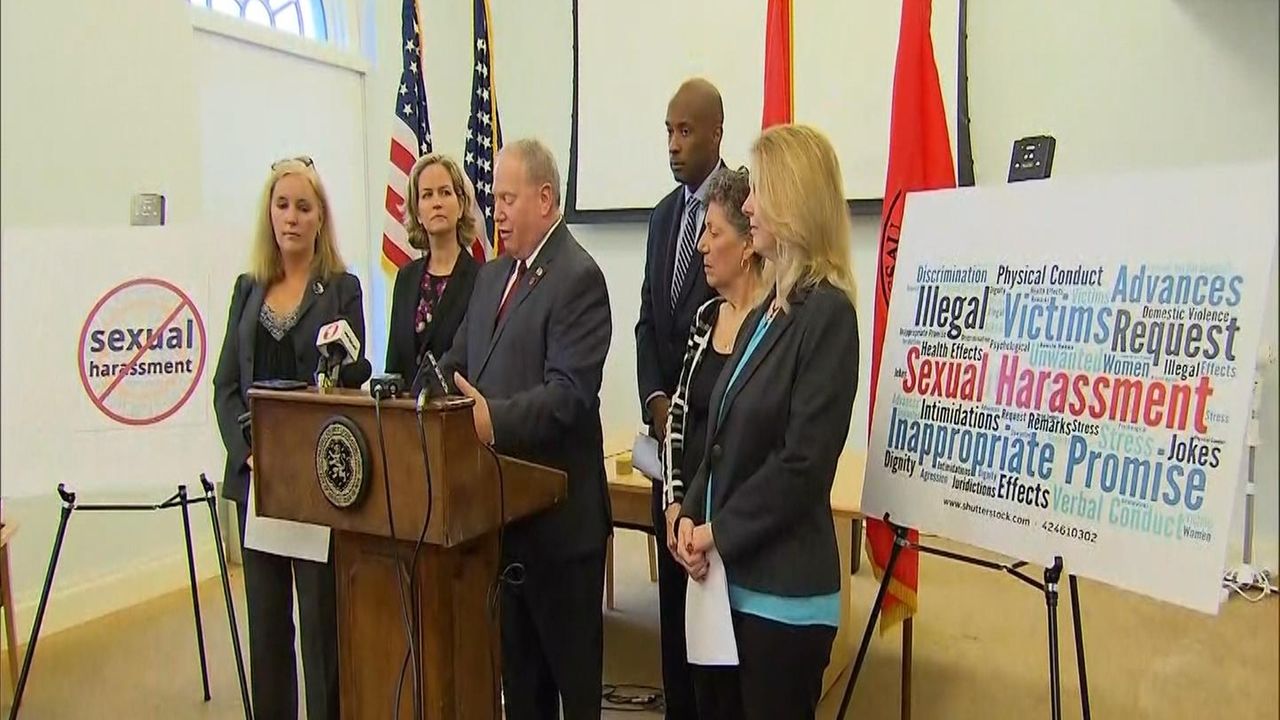 The bill, sponsored by Legis. Arnold Drucker (D-Plainview), follows sexual harassment disclosures against well-known figures in Hollywood, the media and business but is less comprehensive than measures enacted in Suffolk in recent months.

At a news conference in Mineola with Nassau County Executive Laura Curran, Drucker said Nassau must be “proactive in ensuring that all county employees show up for work every day in a safe, respectful and dignified workplace, free of all vestiges of sexual harassment, intimidation and violence.”

The legislation would require the Department of Human Resources to review its sexual harassment policy and implement updates within the next six months.

Classroom or online training would last at least two hours and be mandated for all county legislators, deputy county executives, department heads and members of county boards and commissions.

Curran said the legislation is needed “so there is no ambiguity about what is appropriate and what is not.”

Matt Fernando, a spokesman for the Republican legislative majority, said the GOP supports enhanced sexual harassment prevention training but declined to say if they would support the bill.

Nassau’s sexual harassment prevention policy, drafted in 2003, prohibits verbal or physical conduct of a sexual nature that affects an individual’s employment or creates a hostile work environment. The policy says agency heads “have a duty to provide a workplace free from discrimination, sexual harassment and/or retaliation.”

Drucker said Nassau will propose additional measures but “we have to start with small steps. I think if we make it too comprehensive in the beginning it makes it more difficult to get everyone on board.”