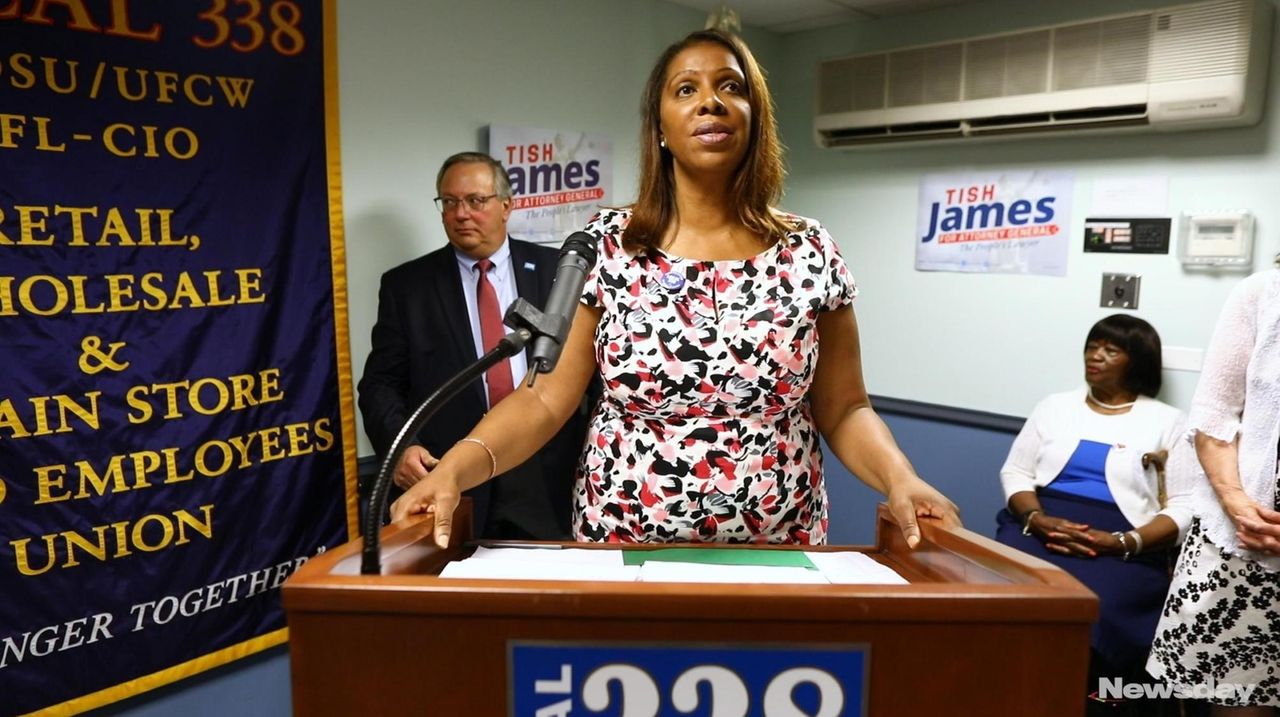 Letitia James, a candidate for state attorney general, said if elected, she would continue investigating complaints of high bills from New York American Water, further probe illegal dumping in playgrounds in Brentwood and hold pharmaceutical companies accountable for the rise in opioid addiction.

"The New York American Water company has to be investigated. New Yorkers have seen their water bills skyrocket without any explanation," James told a room of Democratic Party leaders and supporters on Thursday. "We will not tolerate any fraud or abuse of homeowners on Long Island or throughout the state of New York."

There are several probes into the water company after outcry from residents in several communities, some of whom have suggested a public takeover of the privately operated utility.

James, 59, currently New York City public advocate, held her campaign rally at the Mineola office of Local 338, a union representing retail and food workers. It was her 10th trip to either Nassau or Suffolk County, she said.

James, who goes by "Tish," is considered the front-runner in the Democratic primary on Sept. 13.

Local 338 president John Durso said he hosted the event because "there's no better friend to unions than James."

All pledged to get out the vote in their districts on her behalf, noting her successful law career and her personal integrity.

"We are here about an AG's race because the attorney general of our state disgraced himself and let the office down," Kaminsky said, referring to Eric T. Schneiderman, who stepped down after several women accused him of abuse in a New Yorker magazine article.

Of James, Kaminsky said: "She has never done anything in her long and distinguished career to lead us to think she will do anything but bring the highest form of esteem, work ethic and honor to the office of the attorney general."

CORRECTION: Thomas Garry is the vice chairman of the Nassau Democratic Committee. A previous version of this story misstated his title.