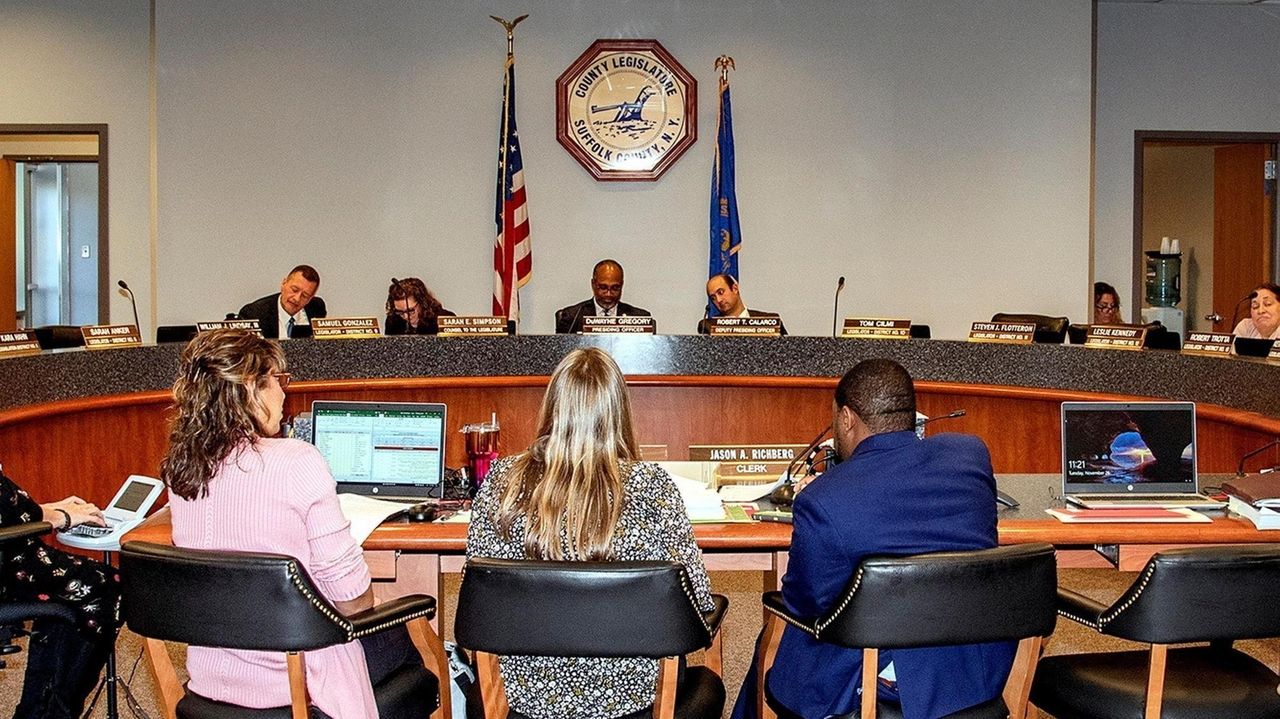 An East Northport affordable housing project, stalled by 40 years of delays and opposition, overcame its last major hurdle Tuesday after the Suffolk County Legislature voted to fund part of the project.

The funding will go toward a small percentage of project costs, including eight units for adults with disabilities and a sewage treatment plant.

“This is the right thing to do,” said Legis. William Spencer (D-Centerport), who represents the area.

The project was proposed in largely white East Northport in 1978 and faced decades of intense local opposition and controversy. The U.S. Supreme Court ruled in a lawsuit against the town in 1988, finding that Huntington violated the Fair Housing law by restricting multifamily housing to a mostly minority urban renewal area in Huntington Station.

Although the legislature’s vote was just a question of project funding — it has all permits and approvals needed to move forward — the approval signals that people are finally in favor of it, said Les Bluestone, president of project developer Blue Sea Development

“It will move forward one way or another,” Bluestone said ahead of the vote.

Matinecock Court, developed in partnership with Greenlawn-based nonprofit Matinecock Court Housing Development Fund Corp., will have 146 units split between affordable rental and homeowner-occupied units. It will be spread across 17 buildings on nearly 15 acres.

Dozens of supporters called on legislators to approve the funding Tuesday and cited a recent Newsday investigation that uncovered evidence of racial discrimination and Fair Housing law violations by real estate agents on Long Island. They said opposing the project would continue segregation on Long Island.

“Let’s call it what it is: it’s racism and it needs to stop today,” Tracy Edwards, the regional director of the NAACP and a former Huntington Town councilwoman, said of opposition to the project. “We need to move forward.”

Spencer worked to dispel some concerns from the opposition Tuesday, noting that the project was less dense than zoning would allow and would not burden a school district with a declining enrollment.

Although critics have voiced concerns about traffic and density for years, the measure faced limited opposition at Tuesday’s legislature meeting in Riverhead. Legis. Robert Trotta (R-Fort Salonga) was the only legislator to vote against it, saying the county should not be subsidizing developers while it is in such poor condition.

“Until this county gets on its feet and has money in the bank, I can’t support this,” Trotta said.

Several adults with disabilities and parents spoke out about the need for the eight units the project would set aside.

Alfred Sgambati,  who has autism, said two years of house-hunting on Long Island had proved fruitless because of a lack of options with an affordable price.

"Realtors say an apartment at that cost just doesn’t exist, so where am I going to live?" Sgambati, 25, of Wantagh, said. "For the first time in my life, I'm unsuccessful, and it's not my fault."