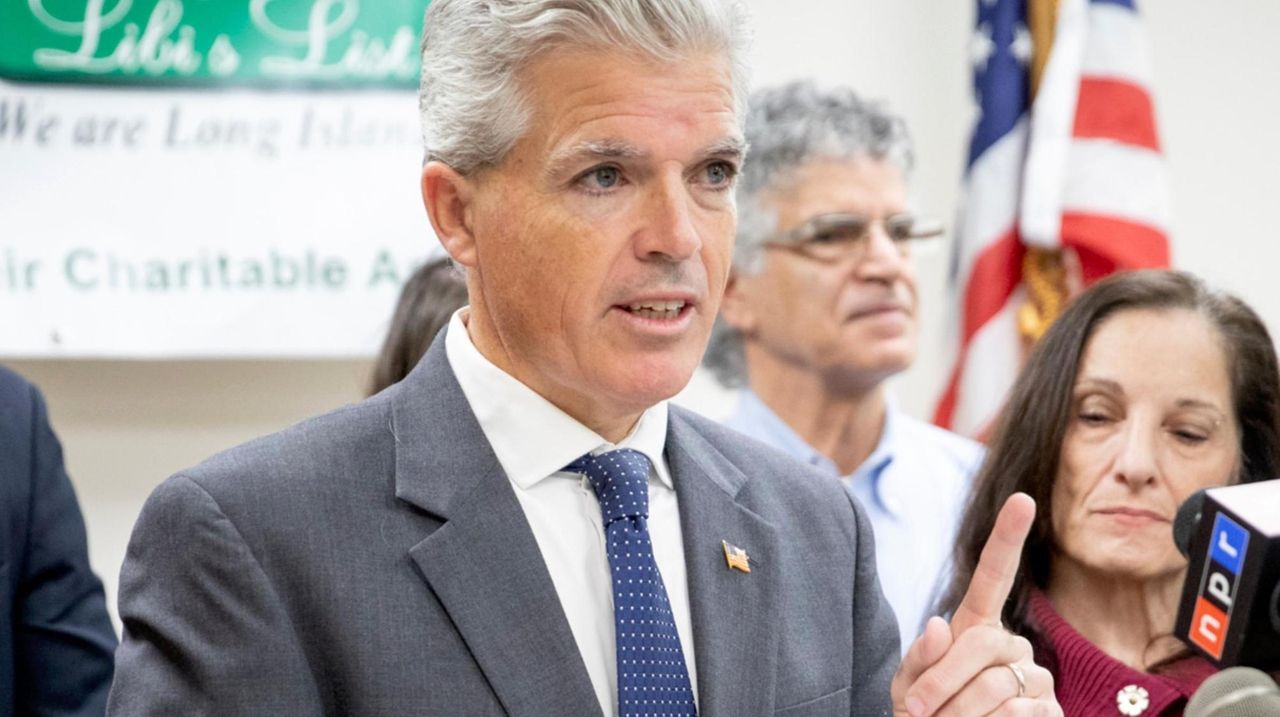 The project, Matinecock Court in East Northport, has the needed $66 million in funding in place, Bellone said at an event to sign legislation committing more than $2.5 million in infrastructure funding toward the development.

“It’s been a long time coming to get us to this milestone, too long,” Bellone said. “But by the perseverance of so many people in this room and those who came before us, we are, with what we do today, making it easier to live on Long Island and hopefully creating a model ... that will demonstrate clearly the value of inclusive and affordable housing to everyone in the community.”

The project has faced decades of local opposition tinged with racism, and was the catalyst for two lawsuits filed against the Town of Huntington. Housing Help, which originally backed the development, and the Huntington branch of the NAACP development sued over violations of the Federal Fair Housing Act. The case made it to the Supreme Court, where a lower-court ruling was upheld. The other case was settled.

The project will be developed by Huntington-based Blue Sea Development, in partnership with Greenlawn-based Matinecock Court Housing Development Fund Corp., which owns the land and is an affiliate of Housing Help Inc. The permits and approvals are in place to begin construction, Bellone said.

The community will be on a 14.5-acre site at the intersection of Elwood and Pulaski roads. It will be comprised of 17 two-story buildings featuring 146 one-, two- and three-bedroom garden apartment-style walk-ups, each with an exterior entrance. There will be 70 rental units, including one nonrent-bearing one for a superintendent. Of the remaining rental units, eight will be set aside for those designated by the New York State Office for People with Developmental Disabilities.

The remaining 76 units will be owner-occupied, with Habitat for Humanity constructing 15 units within the development. A community building and sewage treatment plant also will be constructed on the property.

“Change is slow in coming. Attitudes are hard to change. Misconceptions are impossible to change, but we’re here now,” Lagville said.

Elaine Gross, of ERASE Racism, said the day was a victory, but all the stakeholders need to keep up the momentum for future projects.

“For three decades, this project epitomized support for racial segregation in housing, the subtext which says if people need to live in affordable housing, there’s something wrong with them,” Gross said. “This project in one ball took on all of those issues, so the fact that we’re now moved to a different place is something to celebrate.”