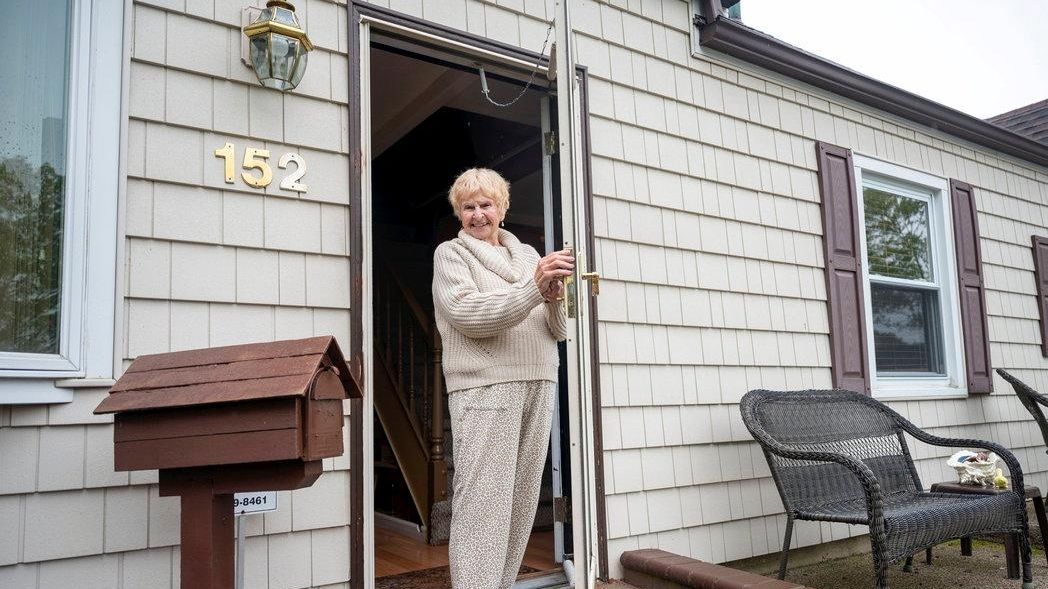 Ann Mazze, 95, has lived in Levittown for more than 30 years. Recently, she lost two exemptions that had reduced her tax burden.  Credit: Newsday / Alejandra Villa Loarca

Republicans in the Nassau Legislature denounced the county assessment department Wednesday after it stripped 95-year-old Levittown resident Ann Mazze of two property tax exemptions, causing her tax bill to rise by more than $5,200.

Mazze's daughter, Lori Goldman, said a county official told her the exemptions were removed because Mazze was erroneously deemed "deceased."

Administration officials said the exemptions were removed because of an oversight, and the issue was due to be corrected this week.

The county treasurer will issue refunds once a petition to restore Mazze's exemptions is approved by the Nassau County Legislature, officials said. A vote is expected Monday.

For years, Mazze's property benefited from the "enhanced STAR" exemption for senior citizens living on fixed incomes, along with a separate military exemption.

Mazze, who has lived in the home on Periwinkle Road since 1968, has a "life estate," a deed that permits seniors to own and continue to live in their homes and pass them on to a beneficiary once they die.

Mazze qualifies for the STAR and veterans exemptions on her home, Goldman said.

Loss of the two exemptions led to a sharp tax increase for Mazze.

Goldman, 60, who works in medical billing and lives with her mother, said she had been in touch since February with the assessment department, struggling to restore the exemptions.

Fricchione confirmed an oversight in which Mazze's name was missed when the deed was changed in 2019.

Goldman's daughter's name was added to the deed after Goldman's ex-husband's was removed, Goldman said.

Goldman said the bank in February informed her of a larger than usual mortgage payment. The escrow account had been depleted and the new mortgage bill had jumped $800 a month, Goldman said.

Goldman and her mother said Wednesday they spoke to numerous county officials and wrote to Curran. Mazze said one assessment official suggested she borrow the funds to pay her tax bill from Goldman.

"They seemed to pass the buck from one person to another," Mazze said at a news conference in Levittown organized by majority legislative Republicans.

"They finally told me a reason why … because they said they thought that I was dead," Mazze said.

Before the news conference, legislative Republicans had issued a news release with the headline: "Today: Woman Declared Dead in Nassau County."

"When I'm county executive, when this comes to me, I will correct that mistake," Blakeman told reporters.

Fricchione said Republicans were "using a 95-year-old woman as a political prop and it’s sad."