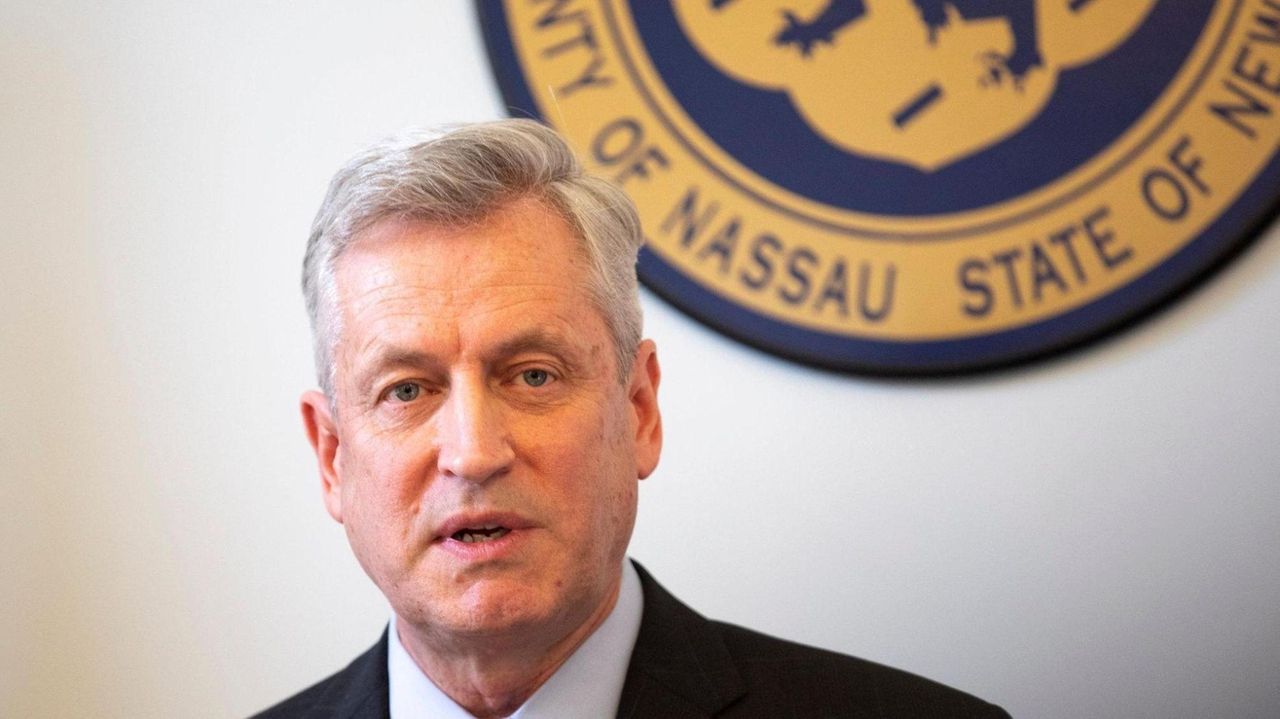 Nassau County Executive Laura Curran's administration on Wednesday posted new assessment values for every county property, locking in a countywide assessment process as the Republican legislative majority moved to delay the deadline for giling grievances from March 1 to April 30. Some GOP legislators said late and incorrect notices to homeowners, confusion over how the county assessor's office arrived at the new values and poor communication during the process have fueled taxpayer angst. Credit: Newsday / Yeong-Ung Yang

The official action of changing assessments marks the first real step in nearly a decade to realign the values of properties in the county for taxing purposes. Curran, a Democrat who took office last January, says the new values are essential to creating a tax roll the county can use in court to defend itself against tax challenges.

Nassau, which could have a budget deficit of $105 million this year, according to the county's financial control board, has borrowed hundreds of millions of dollars to pay successful tax challenges.

"Over the past two months, we listened to all of our property owners’ concerns and appreciated every piece of feedback we received, as it helped our experts generate an accurate assessment roll that we are confident we can defend,” Curran said.

But some GOP legislators on Wednesday said late and incorrect notices to homeowners, confusion over how the county assessor's office arrived at the new values and poor communication during the process have fueled taxpayer angst.

The Republicans on Wednesday announced legislation requiring the Assessment Review Commission to grant property owners a 60-day extension for filing tax grievances, to April 30 from March 1.

“Our residents deserve as much time as possible to understand and exercise their rights,” said Presiding Officer Richard Nicolello (R-New Hyde Park). “There is also mass confusion among the public as to the assessment process, as to the impacts on their taxes, as to their rights with respect to the new values. I have never seen anything like this in my 23 years in county government.”

Republicans control the county legislature by an 11-8 margin, so the GOP measure is likely to pass later this month.

In a statement late Wednesday, Curran spokeswoman Karen Contino said it was, "unclear whether the county legislature has the legal authority to change the deadline to file assessment grievances."

For years, "a grace period has been provided by the Assessment Review Commission with bipartisan support but has never been legislated," Contino said.

She also said a date change would "contradict" legislation passed in August requiring the March 1 deadline "to be included in notices that were sent to every property owner. We are ready to support the accurate and fair values that the Department of Assessment has established during this professional and transparent process.”

Curran and her administration have faced taxpayer ire in recent months over the countywide reassessment. Her predecessor, Edward Mangano, a Republican, froze county tax rolls in 2011 while granting thousands of reductions in a program to reduce tax refund costs.

Nicolello said he expected a record number of taxpayers — possibly more than 200,000 — to grieve their property taxes this year. About 52 percent of homeowners will see a tax increase while 48 percent will see a tax decrease under current plans.

The county on Wednesday said 85,000 values in the roll were reduced from the Nov. 1 notices of tentative values. The values on about 20,000 properties were reduced because the land was vacant. The other values were modified because of feedback from property owners.

“Why they didn’t know they were vacant properties is one thing. But they also apparently got the other 65,000 properties wrong,” Nicolello said. “That’s close to one in six properties wrongly assessed as they went through this process and they only now corrected it.”

"How do you have confidence in the process when there are so many errors?" asked Legis. Steven Rhoads (R-Wantagh).

Contino said Wednesday that all tax impact notices, which estimate the effect of reassessment effect on property owners' tax bills, were mailed by Dec. 21.

The county said tax impact notices for condominiums, coops and apartment buildings along with commercial properties had been delayed because they required more complicated calculations than single family homes.

The County Legislature had directed Moog to mail all impact notices by Nov. 15.

Also, the tax receivers in Hempstead and Oyster Bay towns said Wednesday they had not yet received signed tax warrants from the county, and could not issue the general tax bills nor collect money until they get them. The warrants were supposed to be issued Dec. 28.

A North Hempstead spokeswoman said the town picked up its signed tax warrant Wednesday and is printing the bills for county, town and special district taxes.

Contino did not respond to a request for comment about the warrants.

How it works: Nassau's assessment grievanceTaxpayers have until March 1 to file 2020-21 appeals with the county Assessment Review Commission. Challenges can be submitted online or on paper. Property tax assessment results now onlineIt's the first countywide reassessment in almost a decade. The new values first will be used in the October 2020 school tax bills.