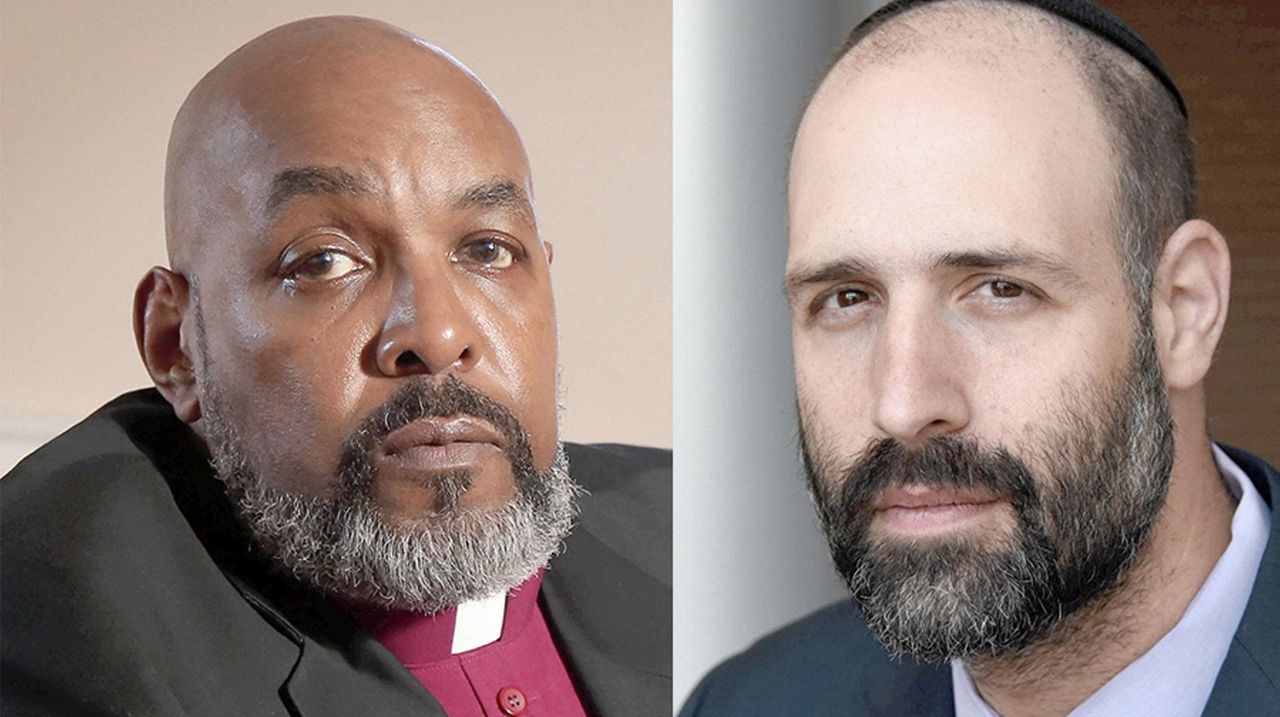 Bernadette Watkins is a pastor at the Huntington Outreach Ministry and receives property tax exemptions for being a member of clergy. However, in Nassau County, state records show that property tax exemptions for clergy who live in Nassau County shifted more than $463 million in valuation onto other taxpayers last year, more than double the amount in 2008. Credit: Newsday / Yeong-Ung Yang

Property tax exemptions for homes owned by clergy members in Nassau County shifted more than $463 million in valuation onto other taxpayers last year,  more than double the amount in 2008,  a Newsday analysis of state records shows.

The tax break, part of state law since at least 1896, can be granted to priests, rabbis or a "minister of the gospel" if they live in New York and are "engaged" in the work of their faith.

The exemption applies to school taxes and general municipal taxes, which include taxes imposed by counties, cities, towns and villages. Also eligible are surviving spouses who are not remarried, and clergy members who cannot work because they are in failing health or are older than 70.

The exemption does not apply to special district and special assessment charges..

Properties owned by religious corporations, such as rectories for Roman Catholic priests, are exempt from property taxes under different state laws.

Nassau County Assessor David Moog said officials don't "have a definitive reason" why the number of clergy members with the exemption has increased so significantly.

The Assessment Department has granted applications, "according to law, and they’ve all been granted correctly," Moog said.

He continued, ”All the other taxpayers in Nassau County are paying for that exemption for the clergy.”

In Suffolk County, where the 10 towns each conduct assessments, use of the clergy exemption has declined — from 509 properties with the tax break in 2008, compared to 481 last year, state Department of Taxation and Finance records show.

The clergy exemption wiped $58.9 million off the tax rolls in Suffolk last year, compared with $65.8 million in 2008.

Only 18 percent of assessed valuation of homes with the exemption fell off the tax rolls in Suffolk in 2018, compared with 94 percent in Nassau, state records show.

Clergy members in Nassau saved a total of $11.6 million in 2017, the latest year available, in school and general municipal property taxes in Nassau and $1.6 million in Suffolk because of the exemption, according to state projections.

Under state law, the clergy exemption provides a flat $1,500 reduction in assessed valuation on clergy-owned homes.

In Nassau, one of the few counties in New York with a countywide assessment system, a property's assessed value is determined by multiplying the home’s “fair market value” against the county’s level of assessment of .25 percent.

So, homes with market values of less than $600,000 in effect have their school and municipal tax obligation wiped out.

When the county institutes a .1 percent level of assessment next year as part of County Executive Laura Curran's countywide property reassessment, homes with the clergy exemption that are worth up to $1.5 million will have no tax obligation, except for special district and special assessment charges.

Because tax levies remain the same, each time the assessment level declines more of the tax burden shifts onto other homeowners.

“Every time Nassau County lowered the level of assessment, the clerical exemption has become more valuable to higher-valued properties,” said Moog, calling it "troubling that the exemption is so great."

John Yinger, a professor of economics and public administration at Maxwell School of Citizenship and Public Affairs at Syracuse University who has studied the state's property tax system, said, "when the assessment ratio goes down, the value of the $1,500 [exemption] … goes up. That’s equivalent to a big decline in property taxes and a big decline in the price of a house. So it seems likely that clergy have responded to this price decrease by buying more houses.”

In Nassau, the exemption represents an "astounding tax break for the clergy," Yinger said.

Because of a state law limiting assessment increases to 6 percent over one year and 20 percent over 5 years, the assessment ratio was lowered so assessments could be increased faster to reflect the property's actual market value.

In Suffolk, the level of assessment ranged last year from .58 percent in East Hampton Town to 100 percent in Southampton and Shelter Island, state records show.

The large shifts in valuation in Nassau have prompted concern in many parts of the county, particularly in places such as Hempstead and Great Neck that have growing religious communities.

Markowitz, chairman of the Holocaust Memorial and Tolerance Center of Nassau County, said, "Somehow, the average taxpayer will have to make up for the lost tax revenue.”

In the Lawrence School District, 114 clergy members claimed the exemption in 2017 — the most in any public school district on Long Island.

"I think that this is an unintended consequence and a windfall to this group," Lawrence school board president Murray Forman said.

"If it’s the law, and these people are not abusing it … God bless them," Forman said. "I don't think the result that is achieved today is what was intended because of the way the assessment system works."

Forman called the situation, "a small microcosm of a complex and dysfunctional assessment in Nassau County."

Supporters of the exemption say it helps make it possible for many religious leaders on Long Island to afford to live near congregants.

Bishop Lionel Harvey, pastor at First Baptist Cathedral of Westbury, said, "Some people wiser than us thought that would be a great benefit because of the service [the] clergy has given … A lot of people don’t realize how much clergy sacrifices for the greater good of the community."

The tax break is “a way to say, 'OK, listen, we understand that you're grossly underpaid, we can help you a little bit, because we value the job that you're doing in the local community,' ” said Harvey.

Harvey of Westbury will save $8,467 in school taxes and $2,430 in general municipal taxes in 2019, according to estimates on the Nassau County Land Record Viewer website, which has assessment roll and tax data.

"I'm constantly being consulted on a whole range and slew of issues," he said.

"There are lots of communities that are cost-prohibitive," Weinberg said. "A discount such as this helps to alleviate, in some small part, the financial burden that many in the clergy feel, and thus allows them to live amongst their constituents, and at the same time allows them to live within their own financial means."

Weinberg will save $9,675 in property taxes in 2019 on his Woodmere home because of the clergy exemption.

State and county records show the bulk of recipients of the exemption on clergy-owned homes in Nassau are clustered in communities including the Five Towns on the South Shore, and in Uniondale, Roosevelt and Elmont.

The top 10 recipients of the clergy exemption in Nassau saw tax bill reductions ranging from $22,512 to $47,399 in 2019, Newsday's review of county and state records shows.

The Rev. Floyd Flake, a former Democratic member of the U.S. House of Representatives, and his wife, the Rev. Elaine Flake, co-pastors of the Greater Allen A.M.E. Cathedral of New York in Jamaica, Queens, will save more than $47,000 in taxes in 2019 because of two clergy exemptions for their Old Westbury home — the largest tax savings in Nassau.

John Walker, who described himself as part of the Flakes' legal team, said the exemption was “part of the law there.”

Walker continued: “We comply with the law … we’re just doing what the law tells us to do. If they fix it, we will comply with it.”

Also in the top 10 is Rabbi Mordechai Kamenetzky of Yeshiva of South Shore in Hewlett. Kamenetzky, of Woodmere, will save $22,683 in school taxes and $2,533 in general taxes in 2019, according to the county Land Record Viewer.

In Suffolk, where the clergy exemption generally is worth much less, the Rev. Bernadette Watkins, leader of Huntington Outreach Ministries, saved $5,056 in the 2018-19 tax year because of the exemption, Huntington Town records show.

Watkins, who leads a congregation on Sundays and in a weeknight prayer service, said she gets no salary. “A lot of times we help people, and we’re really in need ourselves," she said.

“Many lives are saved through people ministering," said Watkins. "Many people are going through drugs and different things like that, and you need people to feed into their life."

She called the clergy tax break, "a graciousness the community is extending to us for the service that we give.”

Bishop J. Raymond Megalos Mackey I, of Tabernacle of Joy Church in Uniondale, said clergy make “great sacrifices … to Nassau County — and the exemption, I would love to see it increase."

Experts say a change in state law is needed to reduce the outsized impact of the exemptions in Nassau.

Yinger called the big tax clergy tax breaks in Nassau, “the unintended consequences of two choices: One thing was to set the exemption at a fixed dollar amount, and the other was some places assess at a small percentage of market value. And when you put those two things together, the exemption blows up and essentially means the clergy pays little or no property tax in Nassau County.”

Yinger said state officials have “to decide if these unintended consequences are so severe that new legislation is required. It does seem to me inappropriate to have a system that subsidizes the clergy much more heavily in some places than others.”

Nassau County Comptroller Jack Schnirman, who on May 2 released an audit of tax exemptions available to county residents, said of the clergy tax break: “Instead of giving a reasonable discount, the county was giving a 100 percent tax elimination which costs all of the rest of the taxpayers in the county real money."

Schnirman said county and state officials should agree to allow a “reasonable reduction" on the tax bill for clergy-owned homes through mechanisms including a percentage reduction in assessed value.

In Nassau and Suffolk counties, the public school districts with the largest number of properties with the partial clergy exemption are:

In addition to the exemption for clergy-owned homes, New York State provides exemptions for residences owned by religious corporations and properties owned by nonprofits that focus exclusively on religious work.

In Nassau, the 306 exemptions for residences owned by religious corporations removed $367.2 million from county tax rolls last year, according to state records.

The nonprofit religious exemption was awarded to 21 properties in Nassau in 2018 and removed $57.4 million in value from the tax rolls, state records show.

In Suffolk, the 279 exemptions for homes owned by religious corporations took $252.4 million off the rolls last year. The 1,130 exemptions for properties with the nonprofit religious exemption removed nearly $2.6 billion from county tax rolls.

In New York State, the 3,729 exemptions for properties owned by religious corporations were worth $2.2 billion in 2018, while the 23,530 nonprofit religious exemptions took $27.764 billion off the tax rolls, according to state records.

See tax exemptions for $451M in clergy propertiesAt least 1,292 properties on Long Island were exempt from property taxes in 2017 because they were owned by clergy.