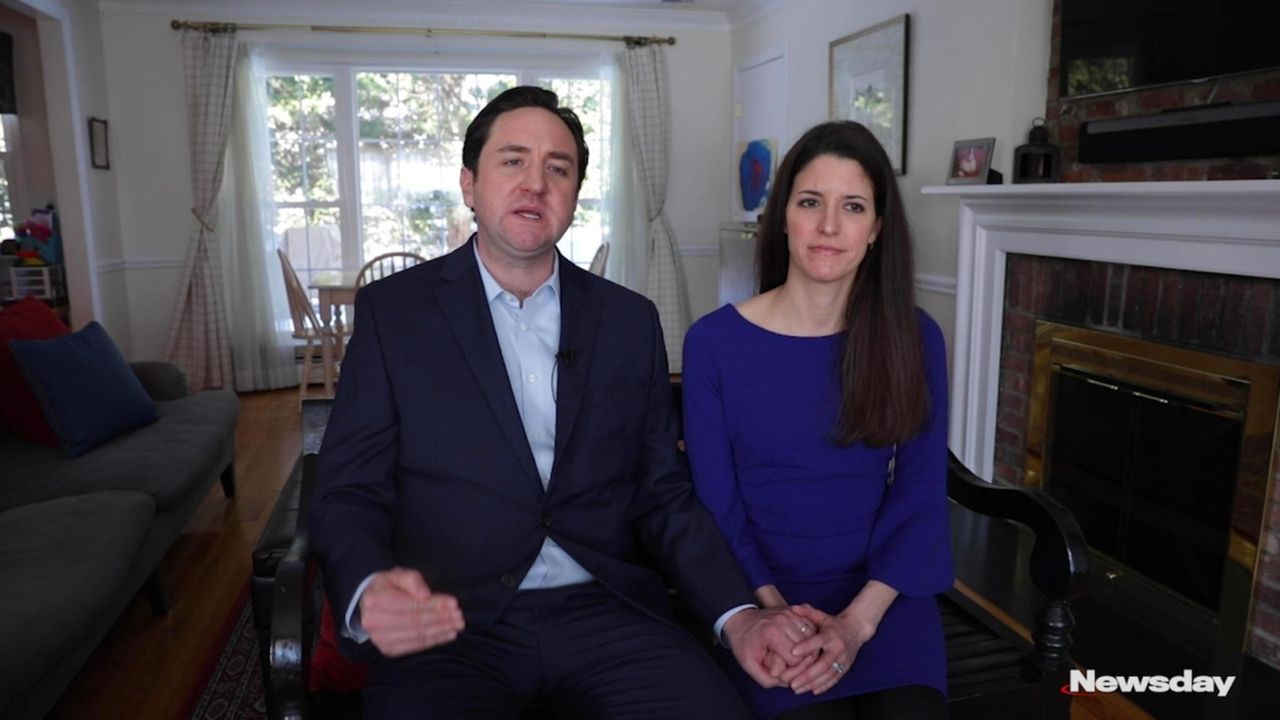 On Wednesday, Nassau County Democrats named Ryan Cronin, a corporate attorney who serves on the board of Nassau University Medical Center and who twice ran unsuccessfully for state Senate, as their nominee to succeed Jack Schnirman as county comptroller. Credit: Newsday / Reece T. Williams

Nassau County Democrats on Wednesday named Ryan Cronin, a corporate attorney who serves on the board of Nassau University Medical Center and who twice ran unsuccessfully for state Senate, as their nominee to succeed Jack Schnirman as county comptroller.

The party announced its choice of Cronin, 40, of Garden City, less than a week after Schnirman, a Democrat, said he would not seek a second term in November.

Schnirman, who served as Long Beach City Manager before his election as comptroller in 2017, had faced criticism after coming under investigation for taking a payout from the city that was larger than city code permitted.

Schnirman said he relied on staff interpretation of the code in deciding to take the $108,000 payout, but refunded $53,000 to Long Beach in 2019 after a critical report from state Comptroller Thomas DiNapoli's office.

In an interview Wednesday, Cronin said if elected, he would serve as a financial watchdog.

The comptroller's office is an independent agency responsible for auditing county departments and approving hundreds of millions of dollars annually in employee salaries and payments to vendors.

"In my community, I've seen the impacts COVID-19 has had on families and businesses," Cronin said. "Now I want to use my private-sector experience to serve my community as comptroller and be the watchdog we need to protect our tax dollars."

Cronin, a litigation partner with the law firm of Blank Rome LLP, of Manhattan, cited his experience working with clients including victims of former investment manager Bernie Madoff's Ponzi scheme as they sought to recover funds.

Cronin also said he would help modernize the comptroller's office, make sure vendors are paid on time and oversee an upgrade to the county's outdated accounting system that is in the works.

Jay Jacobs, the Nassau and state Democratic chairman, said Nassau Democrats were "all in" behind Cronin.

"Right now, we need a comptroller with a strong private sector background and track record of delivering for people in Nassau — and Ryan checks all the boxes," Jacobs said in a statement.

"Ryan is the experienced watchdog that we need to keep the cost of living under control," Jacobs said.

Nassau Republicans have not named a candidate for comptroller.

Nassau GOP Chairman Joseph Cairo has said he believes Schnirman's payout will be an issue in the fall election.

"Any effort to connect me to that would just simply be dishonest," Cronin said.

Cronin ran unsuccessfully against then state Sen. Kemp Hannon (R-Garden City) in 2012 and 2016.

Cronin opted not to face Hannon in 2018, when Democrats took back the Senate by defeating several Long Island incumbents. Kevin Thomas of Levittown, then a largely underfunded and unknown candidate, unseated Hannon.

Nassau County Executive Laura Curran, a Democrat, named Cronin to the board of NuHealth, the public benefit corporation that runs Nassau University Medical Center, gaining an ally as the hospital's fiscal troubles worsened.

At one of his first trustee meetings in November 2019, Cronin abstained from voting on a 4-year labor agreement to provide 8% in total raises for the hospital's 3,000-member workforce.

The agreement drew criticism from the Nassau Interim Finance Authority, which controls NuHealth's finances, for adding to an already large deficit at NUMC, Nassau's only public hospital.

Cronin said he plans to resign from the NuHealth board.