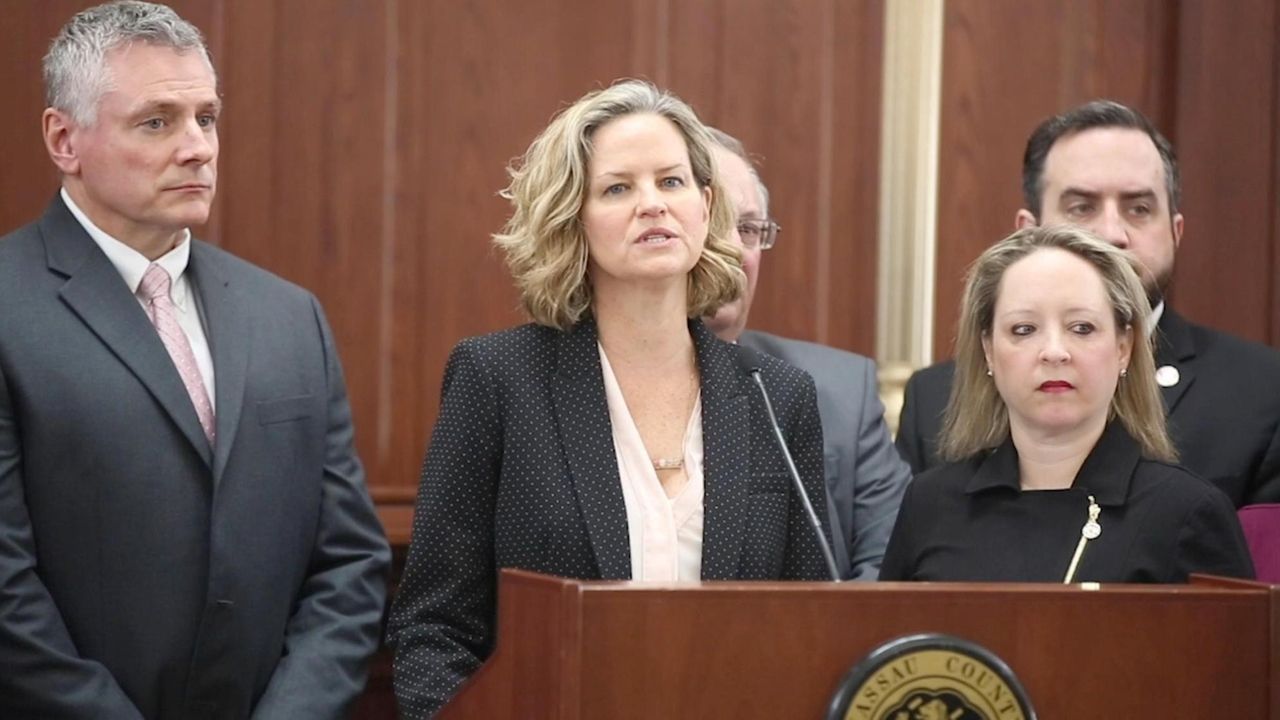 On Tuesday, Nassau County Executive Laura Curran launched a campaign aimed at having Nassau residents accurately counted in the 2020 Census. Curran conceded that the county will face massive challenges in working toward that goal.  Credit: Howard Schnapp

County Executive Laura Curran launched a sweeping campaign Tuesday to ensure that Nassau residents are accurately counted in the 2020 Census and that the county is not shortchanged by Washington for a host of federal dollars, ranging from road repairs to food stamps.

But, at a news conference in Mineola, Curran conceded that the county will face massive challenges in meeting that goal in the decennial Census.

The U.S. Census Bureau calculates Nassau as the fifth hardest-to-count county in the state — behind Queens, Kings (Brooklyn), Bronx and Suffolk counties — because of its high proportion of typically undercounted groups, including communities of color, immigrants, young children and renters.

"We need to put our heads together to strategize and use every resource available to us to ensure that every resident, no matter their race, immigration status or neighborhood know that they count and that they need to be counted in order to make sure that Nassau counts in 2020," Curran said.

The county has about 112,000 foreign-born nonresidents living in Nassau — roughly 8.3 percent of the total population — who have typically been reluctant to respond to Census questionnaires, officials said.

The issue has been heightened as the Census Bureau fights to include a citizenship question on the 2020 Census. A New York federal judge blocked that question in January but the Trump administration has asked the U.S. Supreme Court to take up the issue.

Rebecca Sanin, president and chief executive of the Health and Welfare Council of Long Island, warned that fears about deportation or scrutiny for family members in the country illegally could lead to major undercounts that would jeopardize vital federal funding.

Jeff Behler, director of the New York Regional Office of U.S. Census Bureau, said the data collected will be kept confidential and used only for statistical purposes.

The population data collected by the Census Bureau is used by the federal government to distribute more than $53 billion annually. That funding includes infrastructure and transportation dollars, Medicaid and Medicare Part B, the Supplemental Nutrition Assistance Program or food stamps, the National School Lunch Program, special education grants and the Supplemental Nutrition Program for Women, Infants and Children.

Census data is also used to determine political representation, both on the federal and local level, and by business officials to determine where to set up shop or relocate.

"Billions of dollars are at stake and it's critical and important and urgent that we get our fair share," said County Comptroller Jack Schnirman. "These funds help our community and keep our local economy sustainable."

In addition to door-to-door canvassing, residents can reply to the 2020 Census over the phone, with a mail-in form, or, for the first time, using an online portal.