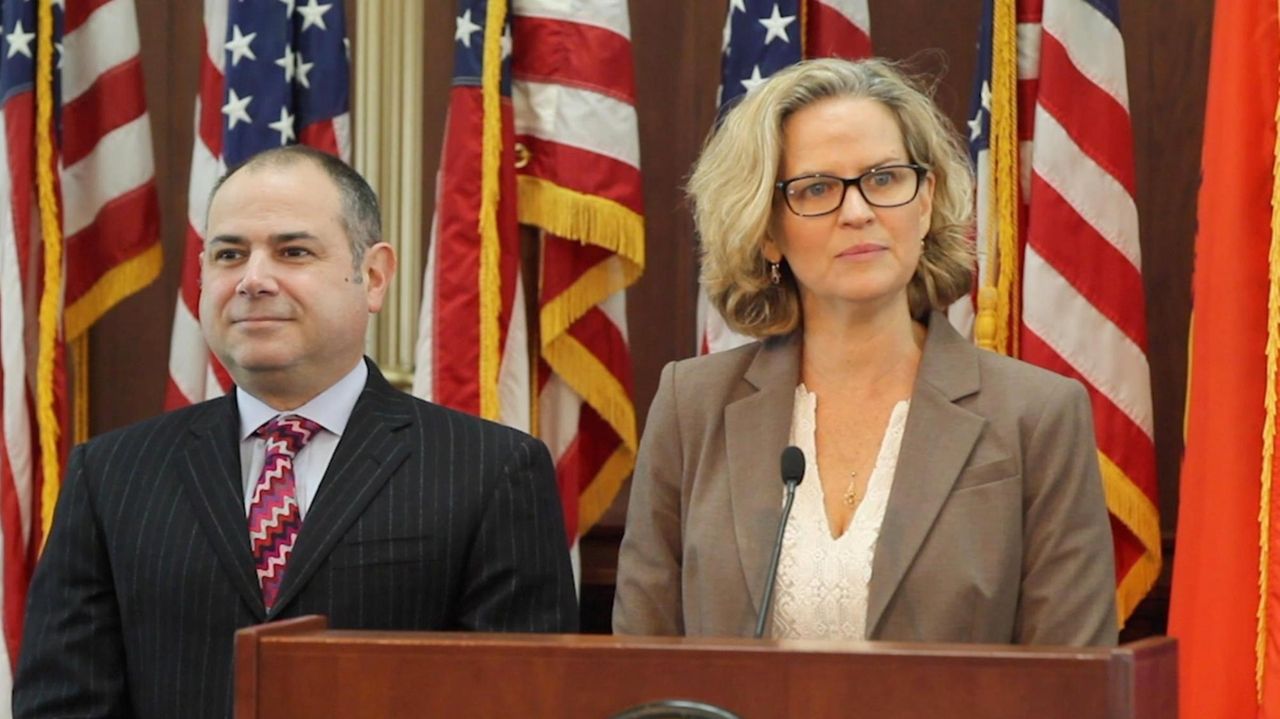 Nassau County Executive Laura Curran said on Thursday that she is appointing a watchdog to oversee and review all units involved in a major countywide reassessment plan.    Credit: Howard Schnapp

Nassau County Executive Laura Curran has appointed a watchdog to oversee the property tax process after repeated stumbles during a major countywide reassessment.

Sousa, who is director of audits and grants in the county's Office of Management and Budget, will report to Ray Orlando, deputy county executive for finance.

At a news conference Thursday, Curran said the reassessment process — Nassau's first in nearly a decade — has been a "bumpy road" and that "an additional set of eyes" is needed to ensure the process moves smoother in the future.

"We are crossing our t's and dotting our i's to make sure that we have quality control so the public has confidence in the work we've done," said Curran, a Democrat.

Sousa, who will retain her OMB position, said her challenge will be to "reprogram staff members' mindset from a culture of complacency to one of continuous improvement, accountability, credibility and professionalism."

The new unit  will be charged with developing stronger internal controls for the three assessment agencies, streamlining processes, developing new procedures and adding additional levels of signoff on the release of public data, officials said.

Sousa said the administration of former County Executive Edward Mangano, a Republican who froze the tax rolls in 2011, did not properly document assessment guidelines — and what few records exist are largely useless.

"We are just basically throwing it out," she said. "Given the changes of the last year we basically have to start fresh."

Curran ordered the reassessment of more than 400,000 commercial and residential properties last year in an effort to restore accuracy to the tax rolls. The reassessment, which is expected to produce tax increases for 52 percent of homeowners and  reductions for 48 percent, has been riddled with errors.

In November, the county was forced to correct 20,000 tax disclosure notices because they included assessments that increased by more than the 6 percent allowed by state law. Later that month, Nassau had to correct 60,000 tax-impact notices posted on the county’s website because the assessor used preliminary, rather than final, values when estimating reassessments' effects on property tax bills.

Last month, a county robocall intended for 3,500 seniors was erroneously sent to 400,000 households, creating confusion about who would qualify for tax exemptions and sending hundreds of taxpayers to the assessor’s office seeking answers.

Also last month, county officials acknowledged that a wrong date was included on tax impact statements posted online and mailed to residents. This month, Curran said the preliminary market values of 85,000 homes on the 2020-21 tentative assessment tax roll were lowered from the amounts listed on assessment disclosure notices mailed to residents.

Sousa has worked for the county since 2003, including as an auditor with the county comptroller's office, a deputy budget director with the Department of Health and Human Services, and a deputy commissioner of administration at the Health Department.

The leader of the Nassau County Legislature said County Assessor David Moog should be the one managing the departments.

“He is responsible for quality control in assessment," said Presiding Officer Richard Nicolello (R-New Hyde Park). "She should not have to bring in a bureaucrat to do his job.”

“On January 3, the minority caucus called for corrective actions in response to problems in the reassessment process,” Biamonte said. “We are glad to see that the administration took our advice.”

Orlando, the deputy county executive for finance, said the county's assessment problems were compounded because staffing at the agencies was "decimated" during Mangano's eight years in office.