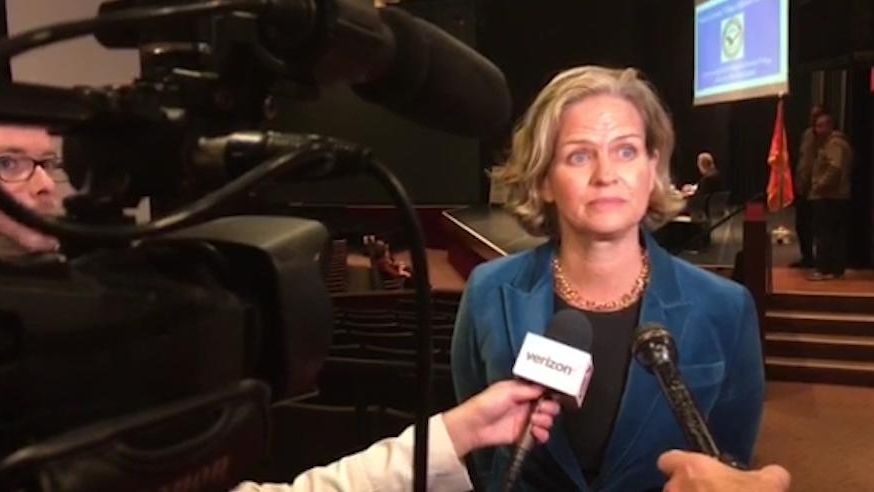 Laura Curran, a Baldwin resident and Democratic candidate for Nassau County Executive, spoke ahead of a debate at the LIU Post campus on Tuesday, Oct. 17, 2017. (Credit: Newsday / Khristopher Brooks)

Candidates for Nassau County executive said Tuesday night that they would reopen closed police precincts and push for more sales tax revenue to flow to villages if elected.

During a debate at Long Island University at C.W. Post, the moderator, Hofstra University school of law dean and former jurist A. Gail Prudenti, told Democrat Laura Curran and Republican Jack Martins that village residents pay a lot for public safety but don’t feel their neighborhoods are patrolled enough.

She asked if they would support reopening the Sixth Precinct of Nassau County Police Department. 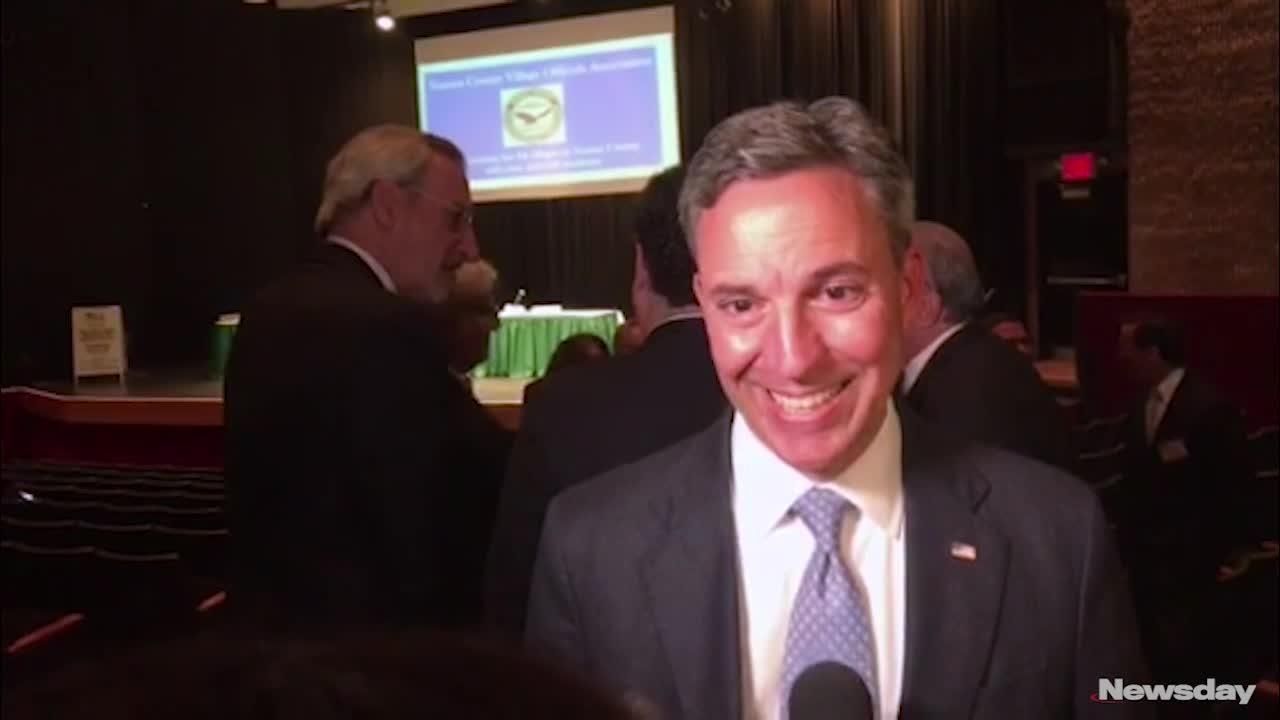 Candidate Jack Martins ahead of county exec debate Republican Jack Martins spoke ahead of a debate with his opponent, Laura Curran, in the race for Nassau County executive on Tuesday, Oct. 17, 2017. (Credit: Newsday Khristopher Brooks)

Martins agreed and said having officers close to residents is important.

Martins is a former Mineola mayor and three-term state senator from Old Westbury. Baldwin resident Curran is serving her second term as a Nassau County legislator. Voters will choose between the two Nov. 7.

Their appearance at LIU marks Martins and Curran’s second public debate this week. The two squared off for 30 minutes Monday night at News 12 Long Island.

Tuesday’s debate was sponsored by the Nassau County Village Officials Association. The association’s president, Freeport Mayor Robert Kennedy, said the forum focused on the candidates’ ideas on how villages would benefit under their stewardship.

The candidates were asked about their strategies on increasing affordable housing and response time between villages and the county for information on county finances and sales tax.

“We want to hold the candidates’ feet to the fire,” Kennedy said. “We want to see how they feel about these topics.”

Curran and Martins both said they would work to see that villages “got their fair share” of sales tax revenue.

Both candidates also said the best way to help get Nassau finances in order is to cut overtime pay for county workers.

“Having 10 percent of your payroll budget dedicated to overtime is not how you work your budget,” Martin’s said, adding that if the county cuts overtime by half it could save $60 million a year.

Curran said the key is eliminating what she calls “no-show jobs.”

“We gotta go through every position and make sure they’re actually doing the work of government and if not, we reassign them,” she said.