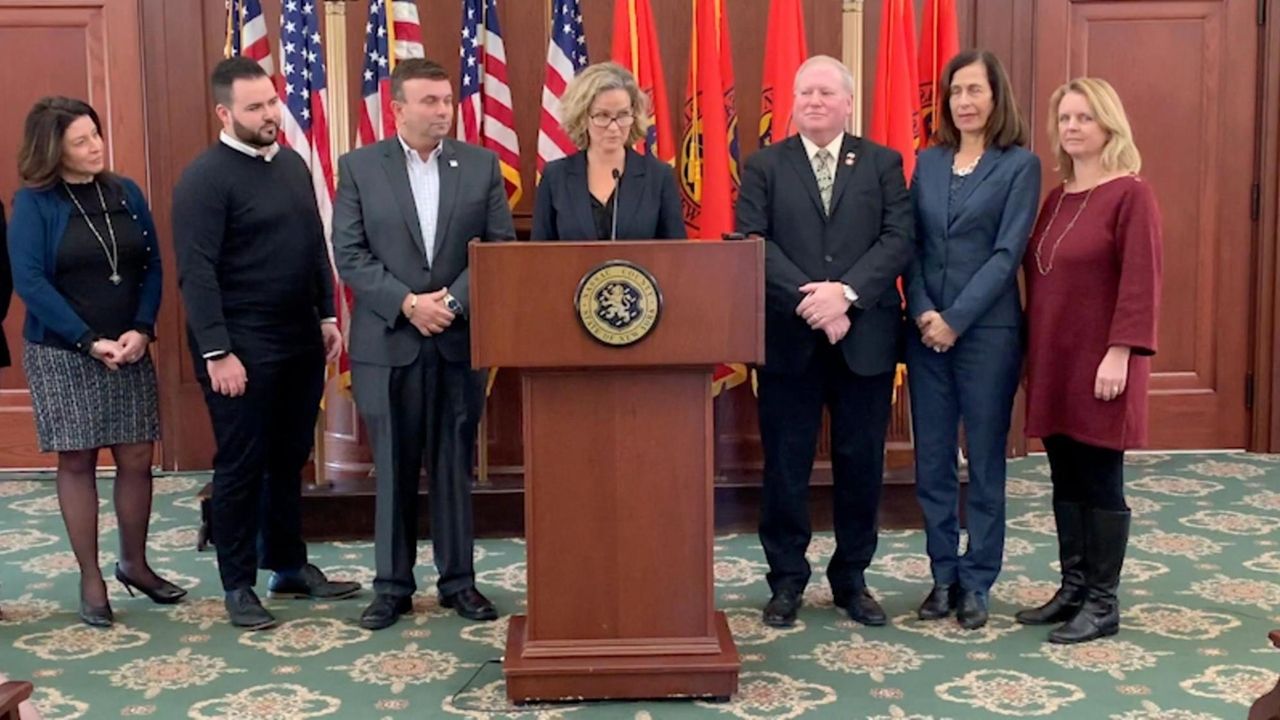 Essentially, officials have expanded the county Equal Employment Opportunity Policy to protect workers against discrimination based on "gender identity, transgender persons and gender dysphoria," a condition that describes a person who feels their gender differs from their physical identity.

"No longer will people have to hide in the shadows due to their identity," Curran said during a news conference, flanked by LGBT advocates. "It's a reassurance to our workers."

Moreover, the new policies also call for prompt investigations into allegations of sexual discrimination or harassment, and offer protections for workers from any retaliation after coming forward with a complaint.

Nassau's 8,000 workers received an email with the new policy Oct. 30,  when it became effective. County officials say they plan to offer workers training on the policy.

David Kilmnick, president of the Island-based group LGBT Network, said the new provisions represent a major step forward for a county that has been slow on these issues. Suffolk County implemented protections for transgender people in 2014.

"For so many years … [people who are transgender] have watched the Nassau County Legislature fail to simply offer protections from discrimination," Kilmnick said. "Today transgender people and their families will now know they are coming to work in Nassau County and will be protected. … This is a sigh of relief for them."

“While the majority believes that these protections already exist, the county executive’s statement highlights the need for the workplace to be free of harassment," Moroney said.

Legis. Arnold Drucker (D-Plainview), who has repeatedly proposed legislation to protect all transgender people in the county from harassment and discrimination, said he hoped the momentum from Tuesday's announcement would help pass that measure down the road.

Drucker added that with policies being implemented in Washington — restricting transgender rights in the military and schools — "It is essential for leaders at all levels of government to do the right thing, and ensure that every resident in every community is afforded the promise of liberty and justice for all."

Kilmnick, of the LGBT group, said he believes that, despite the new Nassau policy, transgender workers may still face discrimination. "But they will have a method to report it, and be protected, and feel validated," he said.

"Transgender people, like myself, are working in, living in and giving back to Nassau County," Kaplan said. "I am honored today to be part of history as the county takes its first step toward protecting its most vulnerable."