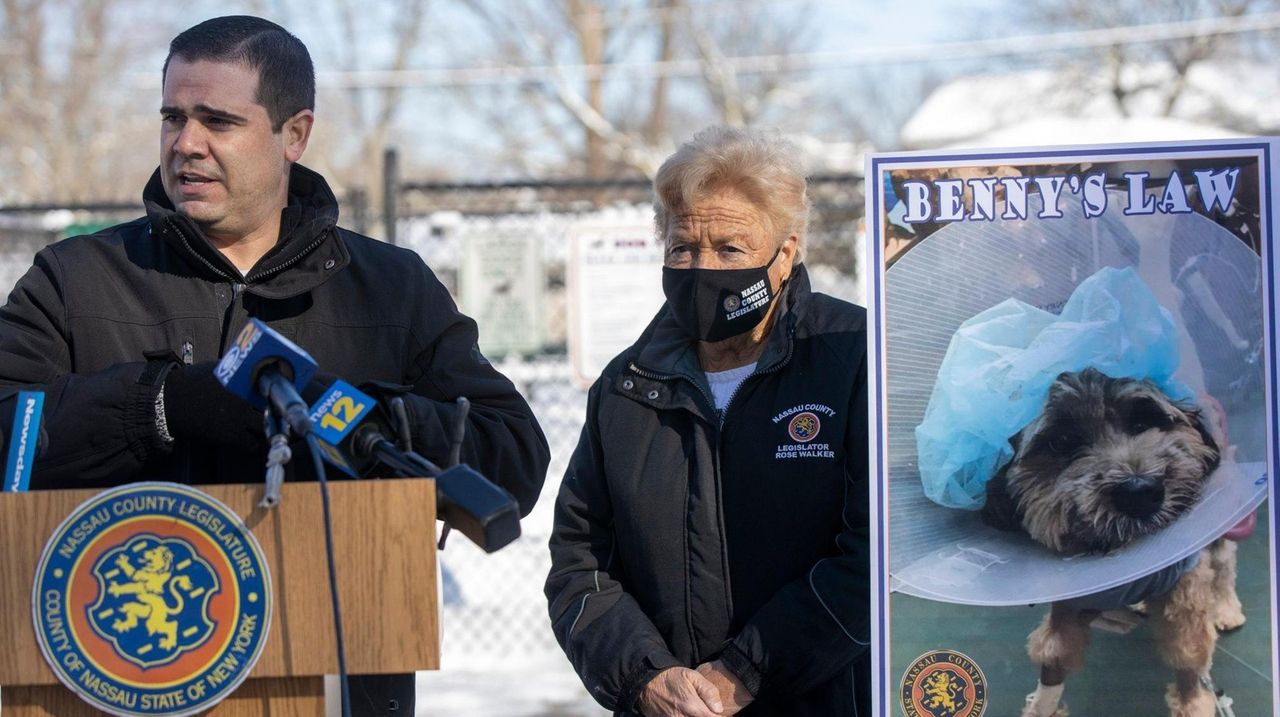 Nassau County would set up a "dangerous dog" registry and warning system that alerts neighbors of dogs with a history of attacking others, according to a new bill.

Ferretti said he crafted the bill with the Nassau County SPCA after his family dog Benny suffered a serious attack on Election Day 2019 Ferretti returned home to find the dog had been mauled by a larger dog from across the street with a history of aggressive behavior.

"This is a very serious issue," Ferretti said Monday. "And I really hope that when this is passed — if the county executive signs it into law — this will prevent further attacks that my family lived through and so many other families have."

Under the measure, if a judge determines a dog meets the "dangerous dog" threshold, the owners must mail the judicial order to neighbors within a 1,000-foot radius, or approximately six blocks, to ensure they know of the potential threat.

Owners also must include their addresses, the date of incidents, duration of the "dangerous dog" designation, as well as the breed, weight, age and color of the dog.

Nassau County police and the SPCA would enforce the law. Violators would be fined $500, and an additional $100 each day thereafter that they don't comply with the law.

Ferretti said the owner of the dog that attacked Benny was brought to court, and the judge designated the dog as "dangerous." Beyond that, there was nothing the court system could do and the dog was returned to the community, Ferretti said.

Nassau County SPCA president Gary Rogers said Ferretti's and Walker's bill would help protect animals and people in the community, along with the dog that initiated the attack by preventing confrontations that might otherwise result in euthanization.

"Sometimes dogs get out and they do dumb things — they don't listen to what we tell them and for some reason their instinct takes over and they bite somebody or they bite another animal," Rogers said.

"Our pets are like our children, and when something like this happens, it’s a terrible ordeal," Walker said. The legislation "will make sure that residents know about dangerous dogs in the neighborhoods and know to take precautions when in the area."