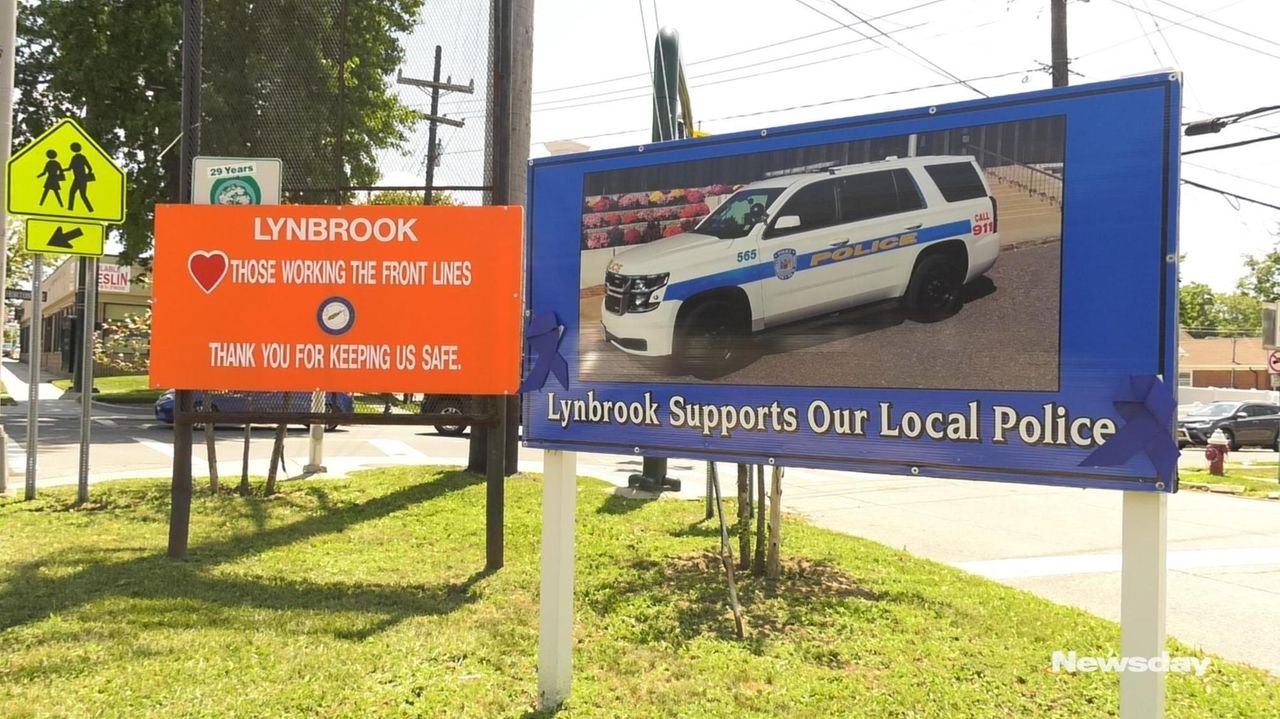 Nassau County and th Village of Lynbrook's Republican lawmakers on Tuesday unveiled a new program to honor law enforcement in response to calls to defund police and protests they believe have contributed to an "anti-police" sentiment on Long Island.

Legis. C. William Gaylor III joined Lynbrook Mayor Alan Beach, Lynbrook Police Chief Brian Paladino and community members to encourage residents to tie blue ribbons around trees and display them on their homes as a symbol of support to those in county law enforcement and the NYPD.

The campaign comes during a time of anti-police sentiment in many cities and suburbs following the death of George Floyd in police custody in Minneapolis. Floyd's death sparked protests across Long Island and New York City, legislation to improve police transparency and movements to "defund" the police — shift funding to social service initiatives meant to prevent crime.

There are about 2,500 police in Nassau County and 50 officers in Lynbrook, a Republican spokesman said.

"Our officers in Lynbrook reflect the very best of our communities and have dedicated their lives to protecting and serving our residents," Beach said. "I urge our residents to hang a blue ribbon on their home, or tree to show that we support law enforcement, and all that they do to keep us safe. "

Lynbrook resident Cathy Bien, who has hung hundreds of ribbons, said the community had wanted to show support to the police after the State Legislature passed bail reform bills. The initiative picked up even more momentum after the COVID-19 response, she said.

"Displaying these ribbons is a small gesture that will show our officers that drive by that they are appreciated, and residents support the work they do," Bien said.