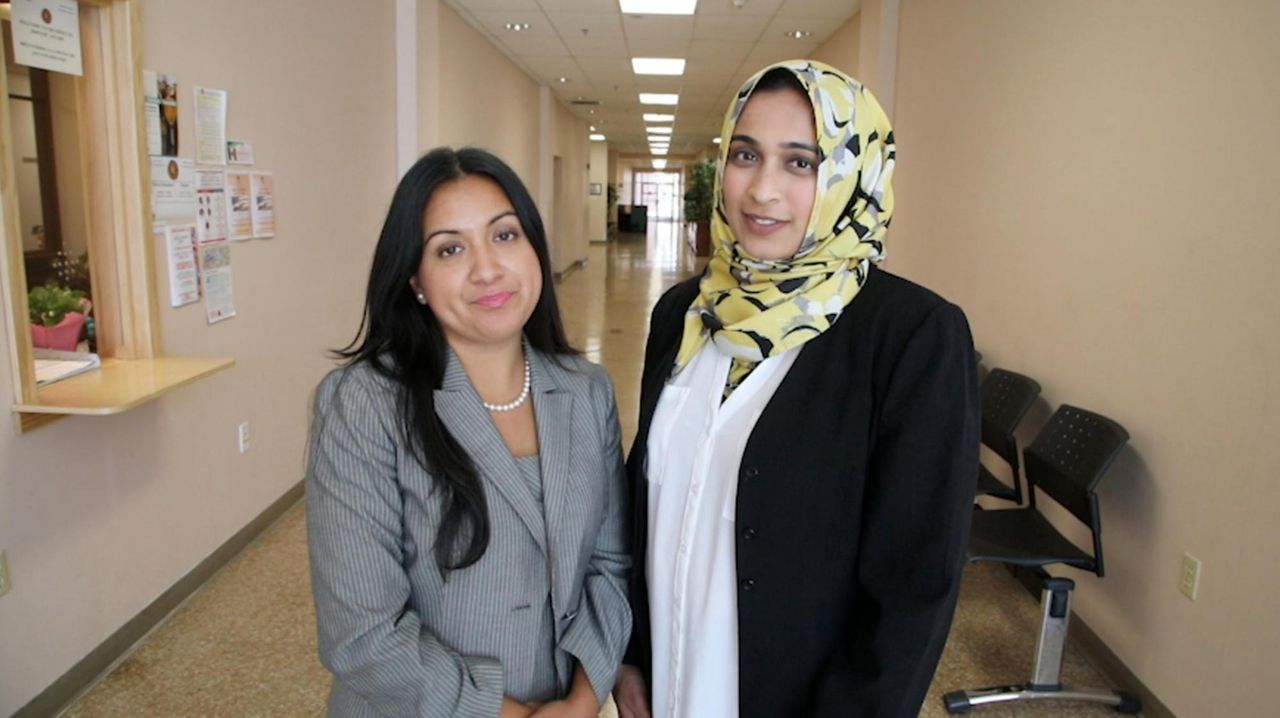 Nassau County is looking to strike a balance of service to its minority communities with three dedicated outreach offices after complaints from lawmakers about inadequate staffing and other issues.  Credit: Barry Sloan

Nassau County, struggling to accommodate minorities and women seeking more county contracts and services, has expanded the number of minority affairs agencies to three amid complaints about overlapping missions and competition for scarce county resources.

The compartmentalization in part reflects increasing ethnic diversity in Nassau, and the growing political power of newer minority groups.

But the nearly two-year effort to find a leader for the Office of Minority Affairs (OMA), created in 1994, also spawned political disputes that were followed by creation or rejuvenation of separate offices for Asians and Hispanics.

A local clergy association expressed concern about the qualifications of Curran's first pick to lead the office, Farrah Mozawalla, who did not get legislative approval.

The county legislature on Monday approved a new nominee, Lionel Chitty of Westhampton.

Since taking office in January 2018, Curran and the county legislature have created an Office of Asian American Affairs, with its own staff and budget. It is headed by Mozawalla.

And the administration moved to reinvigorate the Office of Hispanic Affairs, moving it from the basement of a county building in Hempstead Village to new quarters on the first floor.

OMA, in particular, has struggled in its key mission: boosting the number of minorities and women who land contracts for county work.

Last year, only 4.5% of county contracts were awarded to minority businesses, while 5.6% went to women-owned business enterprises, according to a report by the county legislature's budget review office.

Nonetheless, all three minority offices are in for budget increases in Curran's proposed county budget for 2020, released last week.

Suffolk County has a single Office of Minority Affairs, housed in the larger Office of Community Services. Separate minority boards advise the office.

Nassau County Legis. Siela Bynoe (D-Westbury), the only lawmaker to oppose creation of the Office of Asian American Affairs during a vote in April, said multiple agencies focusing on contracting would set Nassau “up for failure."

Bynoe argued, "We’re already not in a position to provide the service because of [limited] resources, and we’re going to spread it that much thinner. I don’t know how that can be considered a practice of good government.”

Curran denied that the agencies overlap or compete, and said they already are collaborating on key projects, including a push to ensure minority residents are counted in the 2020 census.

“I don’t think there is duplication," Curran said in an interview. "All three together will be really working hard for my mission to make sure that every single community is included and is part of the conversation, and is part of the success of Nassau County.”

Curran said “the goal is not to have these offices as silos.”

Said Evlyn Tsimis, deputy county executive for economic development: “These offices will be collaborating, not competing.”

The tussle over the minority offices dates back 20 months, to when Curran first took office.

At the time, the county had the Office of Minority Affairs, along with the small Coordinated Agency for Spanish Americans, charged with developing and coordinating programs for the Spanish American community.

As debate wore on about appointment of an OMA chief, Curran in March announced  the new office of Asian American Affairs.

“We realized that there was such a great need for the Asian community to be involved in the conversation," Mozawalla said. "This is 10% of the population. No one has ever done any outreach to these communities.”

Also this spring, Curran announced she was revamping the Coordinated Agency for Spanish Americans, renaming it the Office of Hispanic Affairs.

Amy Flores, who started Sept. 16  as executive director, said the office can help residents communicate with other government agencies.

"We don't want people to be afraid to access vital resources, because if they're afraid, they won't report crimes, they won't have orders of protection," Flores said.

"In contrast with the climate of fear that exists for many — especially with regard to the federal government — what we want to do is build relations, build trust, and we want to build bridges between government and community," Flores said.

The number of county minority affairs agencies has increased as Nassau has become more diverse.

In the 20-month dispute over the leadership of the original Office of Minority Affairs, Chitty's was the final name to be floated.

Chitty is executive director of the Hicksville Chamber of Commerce and works as a part-time laborer for the Oyster Bay Town planning department.

Mozawalla, Curran's first choice to run the office, had worked for former Republican Hempstead Town Clerk Nasrin Ahmad as a confidential assistant and is a community activist and former high school teacher.

But the Rev. William A. Watson, president of the Long Island Conference of Clergy Inc., objected strongly to her appointment to Minority Affairs. The Freeport nonprofit has 56 Protestant clergy members, most of whom are African American.

In a letter to Curran in January 2018, Watson said creation of the Office of Minority Affairs was designed to “specifically address the disparities in Nassau County’s ‘Black Belt' (the African American communities).”

Watson continued, "What is Ms. Mozawalla background and experience with civil rights? What community engagement was considered in this decision?”

“There is always a lot of politics; there are many opinions, and I respectfully listen to the opinions," Curran said.

"At the end of the day, our job is to make sure that we are connecting and representing every single person in this county. And that’s what we’re doing.”

Curran, a Democrat, and county legislators from both political parties say the minority affairs offices have key functions set out in the Nassau County Charter.

Under the charter, OMA's "powers and duties" include expansion of opportunities for minorities seeking to bid on public contracts. OMA also publishes reports analyzing the effect of its policies on minority residents and administers the county affirmative action program.

But lawmakers and others say Nassau and its minority affairs agencies have long-standing problems.

For instance, the county has yet to set a goal for the minimum percentage of county contracts that should go to minority and women-owned businesses.

First it must conduct a “disparity study” that reviews past and current practices for boosting minority contracting.

Asked by county lawmakers in April whether 16 years was too long a period between studies, Tsimis said it was "safe" to say that.

New York State’s goal for minority- and women-owned businesses is 30% of all state contracts.

"The part that’s really been troubling is the procurement side, being able to have a stronghold, being able to get" minority- and women-owned businesses "tied into the RFP process of the county," Abrahams said.

"That has not happened; it hasn't really happened over 20 years to the level we’d like it seen,” he said.

“I think it’s fair to say that the department has not yet had the full complement of staff that it needs to achieve its full mission, and it's important to remember that OMA statutorily has an important role in the procurement process that we’d all like to see played more aggressively going forward," Schnirman said.

The delays in filling the top job at the Office of Minority Affairs haven't helped, county lawmakers say.

Legis. Steve Rhoads (R-Bellmore), chairman of the legislature's minority affairs committee, said of the search for an OMA director: “It’s unfortunate because the Office of Minority Affairs has a specific mandate and objective, and it's the only department in Nassau County that has not had a permanent head for the last 18 months. We’re pleased that we finally have a nominee."