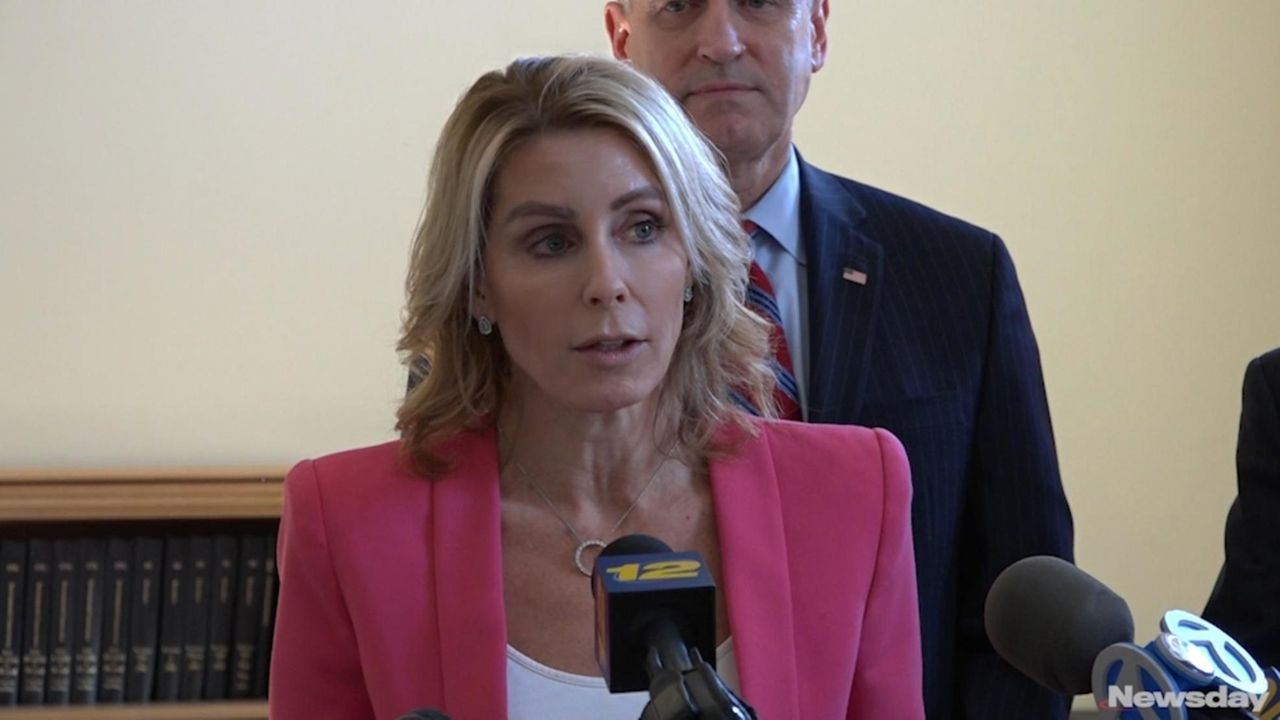 Adults who knowingly allow minors to consume opioids and other controlled substances in their homes could face jail time under an amendment to Nassau’s social host law that majority Republican legislators proposed Tuesday.

Current law prohibits adults from allowing individuals under the age of 21 to drink alcohol on their premises or failing to take action after learning of underage drinking.

The proposed amendment would expand the law to prohibit adults from knowingly permitting anyone under the age of 18 to take opioids such as oxycodone, as well as marijuana, heroin, cocaine and anabolic steroids.

“The Nassau County Legislature is going to fill a gaping hole in our social host law,” presiding officer Richard Nicollelo (R-New Hyde Park) said at a news conference in Mineola.

Legis. Laura Schaefer (R-Westbury) said the change to the social host law is necessary to battle an opioid crisis that claimed the lives of some 600 Long Islanders last year, including about 200 in Nassau.

“We need to make sure that we have every tool in our toolbox to battle this problem, to battle this epidemic,” Schaefer said. “It’s not something going away quickly.”

Violations of the social host law are misdemeanors. The fine is $250 for a first offense and $500 for a second, while a third offense is punishable by a $1,000 fine and up to a year in jail.

The amendment would not interfere with the state’s Good Samaritan Law, which encourages people to call 911 without fear of arrest if they witness a drug overdose, backers said.

Among the more troubling trends, he said, are parties in which minors gather around a table with a bowl of pills in the middle alongside a dose of Narcan, the opioid antidote.

“The first kid that goes down they Narcan him to bring him back,” Ryder said. “And they actually sometimes video it and put it on social media. So we are going to be supportive of this change because it’s time we start holding the adults responsible for what’s going on in their home.”

Ryder said law enforcement will determine enforcement of the law on a case-by-case basis if the drugs were brought into the home without the adult’s consent and the parent is unaware of a minor’s behavior.

But Ryder said “parents have to be held responsible to have this knowledge and do their due diligence.”

Nassau District Attorney Madeline Singas said the proposed legislation should be a “wake-up call to parents that they will be held responsible. They can’t turn a blind eye. When their kids are downstairs having a party they should go down and see what’s going on. There’s no excuse that ‘I wasn’t aware of it.’ ”