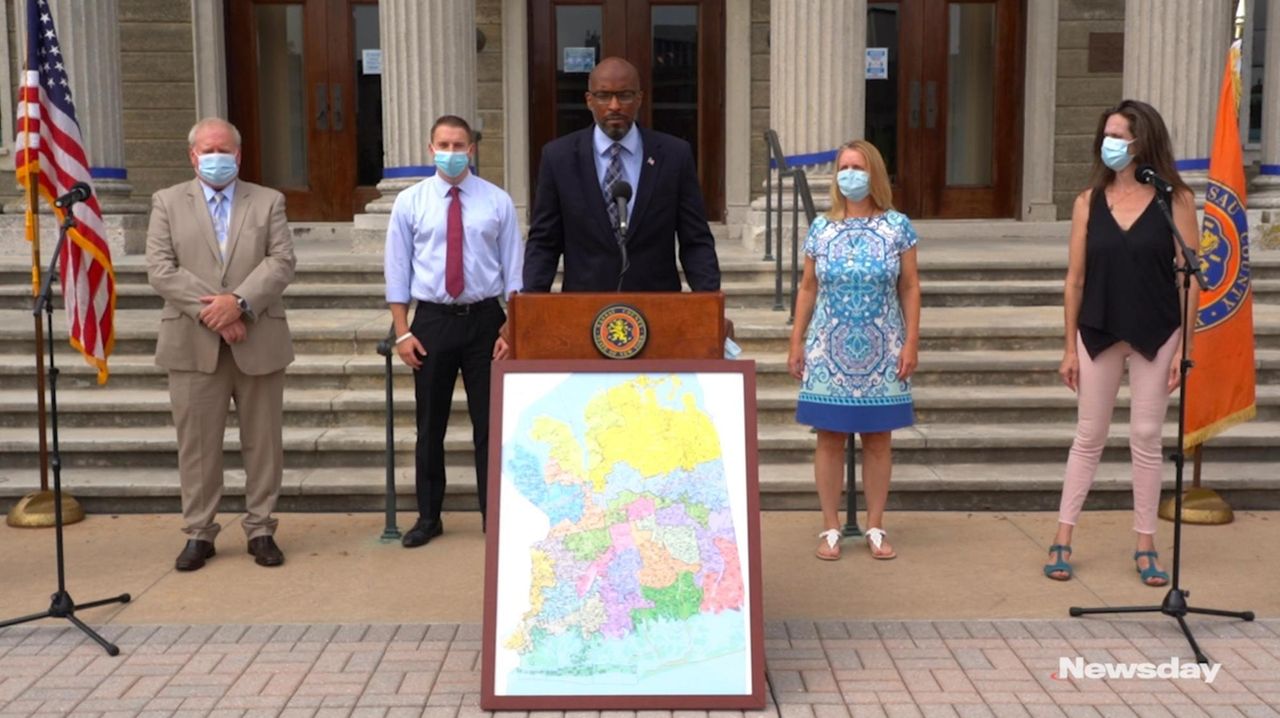 On Wednesday, Nassau legislative Democrats filed legislation to create a bipartisan redistricting commission under the Board of Elections to remove the political parties from the process.  Credit: Charlie Eckert

Nassau Democrats are pushing for an independent commission to redraw the county's legislative district map, a move they say would prevent gerrymandering and "shielding" of incumbents from "meaningfully competitive election challenges."

Legis. Kevan Abrahams (D-Freeport) on Wednesday touted the legislation, which was filed in January but sidetracked by the COVID-19 pandemic.

"The redistricting process -- for many, many years -- has been handled by the political parties and voted on by the party that's in the majority," Abrahams said. "What we are proposing today is to remove the politics from the system."

GOP spokesman Christopher Boyle said the majority would review the bill, but called it  "difficult to understand why in the midst of a COVID-19 pandemic, fiscal crisis and with thousands of residents still without power after the recent storm, the minority chooses to focus their energy on changing the county’s redistricting process."

Redistricting occurs every 10 years after the U.S. Census.

Abrahams' bill would create a nine-member commission, with three appointments by the majority, three by the minority and three agreed upon by both sides.

Redistricting in Nassau now involves five members of each political party and a nonvoting chairperson appointed by the county executive. The county Legislature has the final say.

Republicans hold an 11-8 majority in the Legislature.

Democrats say the commission would be responsible for issuing a redistricting plan in which the 19 districts are geographically compact and contiguous.

The first legislative elections to use the new maps, which would be drawn based on data from the 2020 Census, would occur in 2023. The commission process would repeat every 10 years, Democrats said.

Since Nassau's first legislative elections in 1995, incumbents have won 95 percent of the time, according to a study of contested races.

Forecast: Rain, then snow for morning commuters
Omicron: On the front lines
Seniors Calendar: Events from Jan. 23 to Jan. 30
Barge off Long Beach surveys best route for wind-powered cable
A community comes together to 'put food in the fridge that people will actually eat'
School Notebook: Winners in Emerging Leaders contest
Didn’t find what you were looking for?