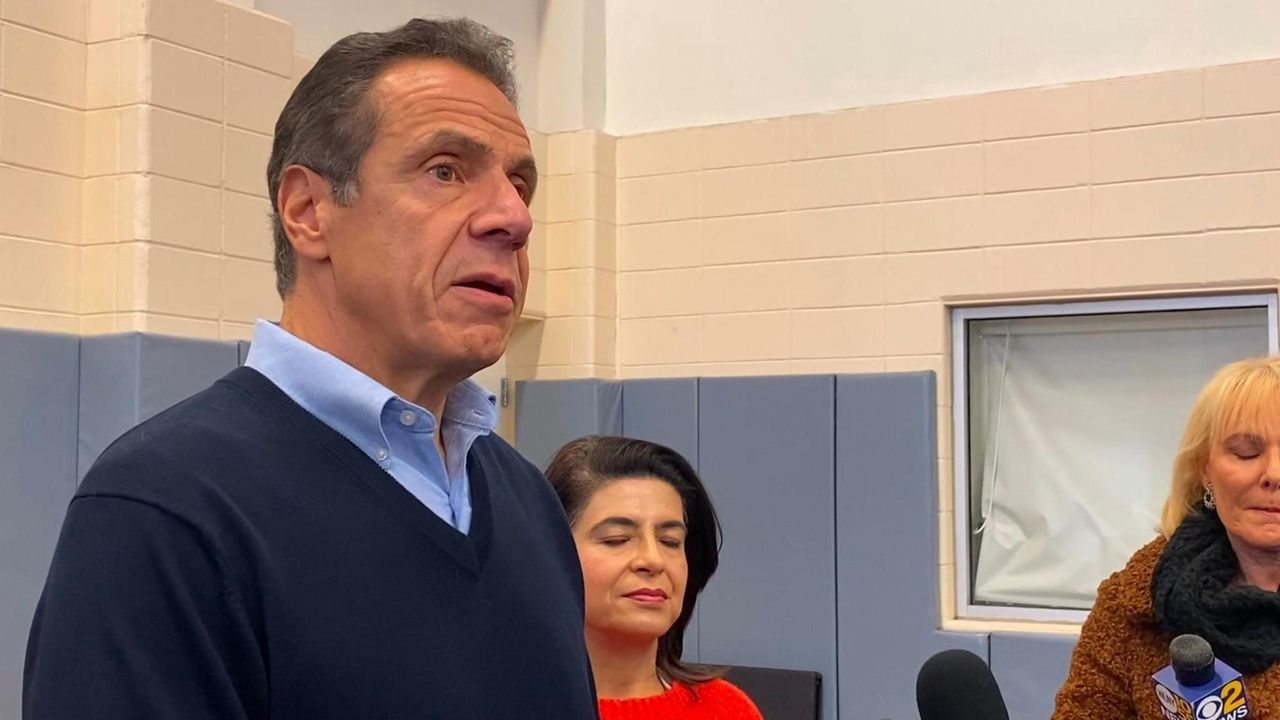 Gov. Andrew M. Cuomo commented Tuesday on the agreement with National Grid that was reached a day earlier.  After negotiations, National Grid on Monday agreed to lift a crippling moratorium on new gas hookups and pay a $36 million fine. Credit: Howard Schnapp

National Grid was able to resolve its short-term winter-supply crisis in part by turning to a “previously unknown” source of natural gas from a pipeline in which it previously had an ownership interest, according to a newly filed agreement with the state that resolved the company’s moratorium on gas hookups.

In a Public Service Commission filing Tuesday that lays out the conditions for lifting the company’s downstate moratorium, National Grid detailed a series of supply resolutions discovered and enacted during the course of negotiations with the state that helped mitigate the short-term crisis. The company agreed to pay $36 million in fines as part of the agreement, including $7 million to help customers affected by the moratorium.

National Grid in 2015 sold its interest in the Iroquois pipeline to Dominion Midstream Partners for $225.4 million. The 416-mile pipeline runs from Canada to Commack and supplies the Island’s largest power plant, the Northport power station that National Grid owns. National Grid and New Jersey Resources had owned a combined 26% of the pipeline.

Newsday reported in October that National Grid recently canceled three contracts for supply on the Iroquois pipeline, according to 2019 testimony filed with its request for a rate hike. The company at the time denied that the moves were related to the shortage.

The testimony, first cited in a letter to the PSC from the Stop the Williams Pipeline Coalition, a group of green-energy activists, noted the company “did not renew expiring long-haul contracts” that delivered supply from TransCanada, Union and Empire pipelines.

In an analysis of the move, the coalition alleged that National Grid “eliminated a peak-shaving measure” while “completely eliminating one of Long Island’s chief sources of gas.”

National Grid spokeswoman Karen Young at the time acknowledged termination of the contracts but said the move was made “to allow the company to secure more affordable and cost-effective gas supply options for our customers.” On Tuesday, she said the Iroquois pipeline was currently “at capacity” and the recently secured supply contract represents “only approximately one-third of the amount of gas supply growth National Grid needs this winter.” The company was “not aware of any additional capacity” by third parties for the winter “at this time,” she added.

Kim Fraczek, director of the Sane Energy Project, which has accused National Grid of fictionalizing the shortage to tie the region to a long-term fossil-fuel future, said the company’s explanations of finding additional capacity “don’t add up.”

“They knew they had it all along,” she charged, “but they wanted to make money by building a new pipeline.”

Gov. Andrew M. Cuomo, speaking of the moratorium in an interview on LI News Radio's Jay Oliver program Tuesday morning, charged that National Grid “didn’t have to do it all along.”

“There were other ways to bring in gas, we talked about it, it’s common sense, they just didn’t want to,” he said. “And they thought they could get away with it.”

Speaking to reporters in Westbury, Cuomo said, “I don’t believe that you have to turn off the gas because you didn’t get a pipeline through that wouldn’t be built for 18 months. That was never plausible to me.”

In addition to the Iroquois pipeline supply, National Grid in the PSC filing said it was also able to end the moratorium by achieving “greater than previously anticipated” savings from demand-reduction programs and energy efficiency initiatives this year. It also was able to shift more customers than previously anticipated to interruptible service from “firm” or full-time service, and that it had “greater confidence” in its ability to add compressed natural gas in areas of constrained service.

But even as it resolves the short-term supply constraints, the agreement with the PSC that lifted the moratorium allows National Grid to contemplate one in the future, with state approval, if long-term supply constraints aren’t resolved. It gives National Grid the right to deny applications for new or expanded service to large commercial and industrial customers starting March 31, 2021, if it is “unable to develop a long-term supply solution.” The order requires that it give the PSC at least 60 days notice of doing so.

The agreement requires that National Grid present a range of long-term options at public hearings in coming months, options that are still expected to include the $1 billion Northeast Supply Enhancement project, which has twice been rejected by the state.

National Grid shareholders will pay for the $36 million in fines for customer mitigation and efficiency measures required by the agreement, and also pay the $1 million tab for an independent monitor. The company must give the monitor access to management, personnel, books and records. The PSC will select a monitor in a month.

Customers who experienced a “hardship” from the moratorium will have access to a $7 million “assistance plan,” including complaints filed with the state attorney general, the order says.