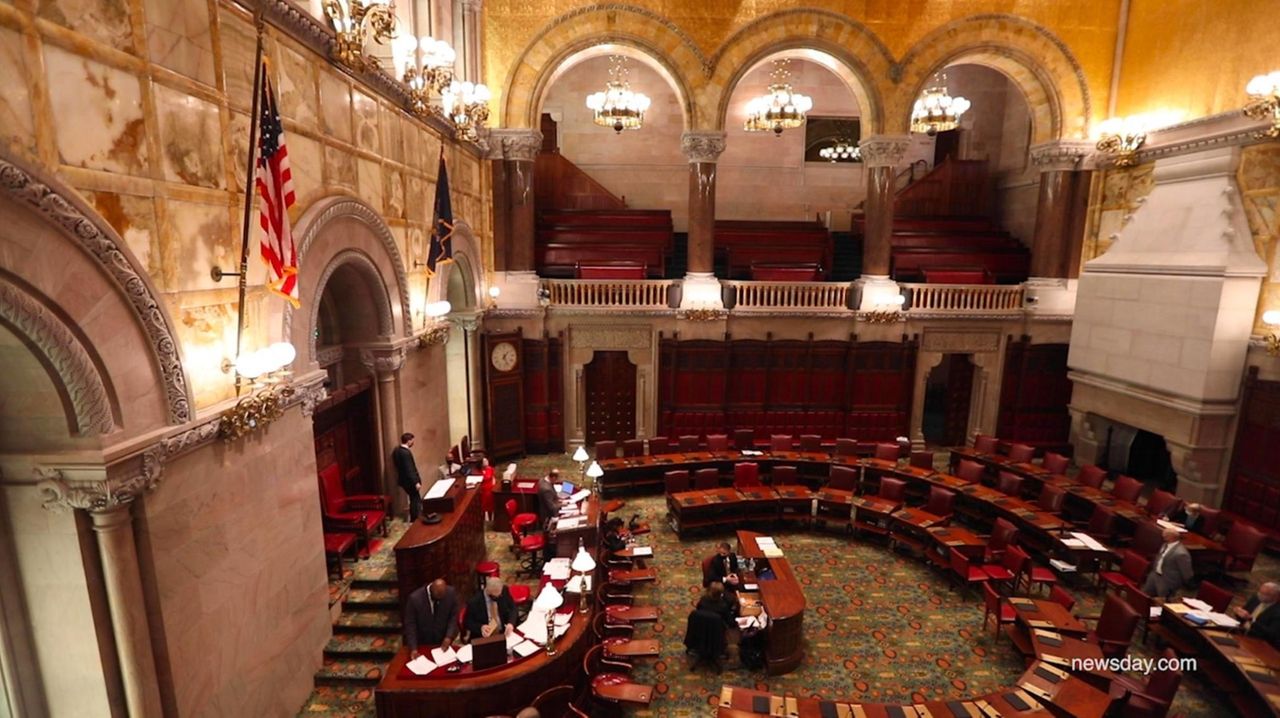 Newsday’s Faith Jessie speaks with Long Islanders and legislators in Albany about bills on parole, guns and other topics during the last week of the 2020-21 legislative session. Credit: Newsday / Jeffrey Basinger, Reece Williams, Raychel Brightman

ALBANY — State lawmakers on Thursday passed a bill that would let parolees avoid returning to prison for "technical violations" of their parole, such as missing a curfew or using alcohol or drugs.

However, a deal struck by legislative leaders and Gov. Andrew M. Cuomo on Thursday afternoon — the final day of the session — fell apart hours later, a state source said. The "clean slate bill," with strong support among Democrats, would have automatically expunged criminal records of 2.3 million offenders, other than sex offenders, after completion of their sentences and parole.

Senate Majority Leader Andrea Stewart-Cousins said the session would end Thursday night as scheduled, but negotiations could continue at some point afterward.

"If ongoing discussions on any outstanding issues require action, we stand ready to come back when and if necessary," Stewart-Cousins said Thursday night.

The parole legislation that passed Thursday would prohibit parolees from being sent back to prison for technical parole violations.

Those could include alcohol or drug use discovered in drug tests, lateness for meetings with parole officers, missing curfews and failing to inform a parole officer of a new employer.

Under the measure, parolees, who number about 35,000 in New York, could be required to attend drug or alcohol rehab or attend more meetings with a parole officer, but couldn’t be sent back to prison.

"When we think about parole, our first order of business should be, ‘What do we do to help this person reintegrate into society and reconnect with their families?’ " said Sen. Brian Benjamin (D-Harlem), a co-sponsor of the bill.

"We’re going to do everything we can to help them live a productive life," Benjamin said.

"It costs way more to incarcerate an individual than to put that person on the path to recovery," said Sen. Jamaal Bailey (D-Bronx). "If we are actually looking to rehabilitation instead of punishment … an individual should never be defined by the worst thing they do."

Republicans criticized a section of the legislation designed as an incentive for parolees to meet conditions of parole, such as avoiding further crimes.

Under the bill, parolees could cut a month of their parole term for every month they go without significant parole violations.

That could reduce a parole term by as much as two years.

"You could get almost a free walk," said Assemb. Angelo Morinello (R-Niagara Falls). "If they are on parole, they have not fulfilled their obligation to society."

The bill passed in the Senate and Assembly primarily in party-line votes.

Another measure approved Thursday would make falsification of COVID-19 vaccination records a Class E felony. They include cards that New Yorkers carry to show they were vaccinated.

With little debate, that measure passed the Assembly and Senate along party lines, with Republicans opposed.

"We're using vaccine cards and passports to make everything safer from baseball to Broadway, but the system relies on individuals being truthful about their vaccination status in order to keep everyone safe," said Sen. Anna Kaplan (D-Great Neck), who sponsored the bill. " … and we need to put a stop to this effort to defraud the public so that our recovery from the pandemic can keep moving forward."

All the bills passed Thursday go to Cuomo for his signature into law or his veto.