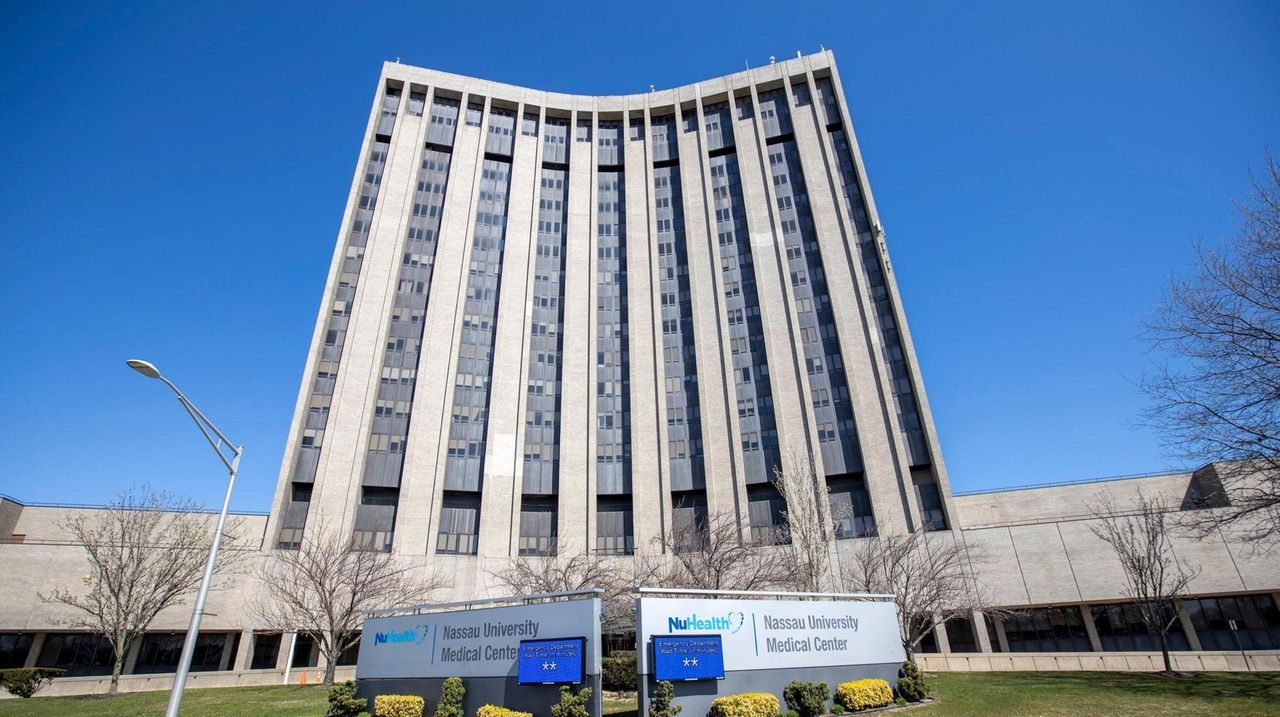 The public benefit corporation that runs Nassau University Medical Center had a $102.3 million budget deficit in 2020 — a 60% increase from 2019 — prompting warnings by outside auditors that Nassau County's only public hospital may not survive, according to a new report obtained by Newsday.

For the third year in a row, the annual audit of hospital finances said there was "substantial doubt" the hospital could continue to exist given the deteriorating financials.

NuHealth "has experienced recurring operating losses, a working capital deficit ... and is dependent on the continuation of federal, state and local subsidies, certain of which have or are scheduled to end or be reduced," said auditors from Mitchell Titus, an accounting firm in Manhattan.

The issues raise "substantial doubt about NHCC’s ability to continue as a going concern," a term auditors use to warn that an entity might not survive.

Adam Barsky, chairman of the Nassau Interim Finance Authority, a state board that controls the finances of NuHealth and Nassau County, said fiscal problems at NuHealth have "gotten worse."

The corporation continues "to run a billion-dollar deficit in equity, which means they're essentially insolvent, and the outside auditors have again issued the 'going concern' opinion," Barsky said in an interview with Newsday.

"It's all not moving in the right direction," he said. "There are not recurring revenues to cover recurring expenses. They will continue to draw down on their cash until they run out of cash and they will have to close."

Release of the 2020 financial report, a requirement for state public benefit corporations, comes a month after former NuHealth chairman Robert Detor resigned from the board.

Detor, who was appointed by Nassau County Executive Laura Curran in January 2020, said fellow NuHealth board members had failed to enact key reforms to right the corporation's finances.

NuHealth chairman Edward Farbenblum, whom Curran appointed in May, said the Mitchell Titus auditors had reached a "valid conclusion."

"We have a lot of hard work to do," said Farbenblum, a business owner and operator of 18 nursing homes who took helm of the board after Detor's resignation.

He continued: "There are no sacred cows; we will look at everything."

In 2020, NuHealth's operating loss equaled 17% of the corporation's annual budget of $594.5 million, according to the auditors' report.

NuHealth's liabilities, including payments to thousands of retirees, grew to $917.1 million last year, compared with $810.7 million for 2019.

The concerns that Mitchell Titus auditors expressed echoed those of consultants hired by NIFA.

The consultants, Alvarez & Marsal, of Manhattan, reported in March that NuHealth could not survive without taking dramatic action including closure of the NUMC emergency room, reduction of hospital staff from 3,400 to about 300 and the sale of A. Holly Patterson nursing home.

Health Care experts say it is not uncommon for public hospitals to run operating deficits, particularly those in communities where many patients lack private insurance plans that reimburse health care providers at higher rates than Medicaid or Medicare.

The number of Medicare patients increased from 10% to 16%.

In a written response in June to the NIFA consultants' report, Dr. Anthony Boutin, chief executive and president of NuHealth, said Alvarez & Marsal "focused strictly on financial viability. Unfortunately, these recommendations did not consider that our mission is to provide treatment to the underserved regardless of their ability to pay."

Boutin also cited declines in state aid to the hospital.

"It is important to point out that some of the challenges that we currently face are unfortunately beyond our control," Boutin wrote.

NuHealth received some $170 million to $190 million a year in state aid in recent years, but expects only about $88 million this year, according to a chart Boutin provided to NIFA.

The state had asked for $8 billion more over four years.

DSRIP had provided NuHealth with between and $30 million and $50 million a year since 2017, according to data Boutin provided NIFA.

Rank blamed the pension fund deficit on the stock market meltdown triggered by the coronavirus pandemic. He said he expects the fund balance to improve this year, given stronger market conditions.

Barsky continued: "What we're trying to say is you should come up with a plan whereby revenues received meet or exceed revenues expended, so they don't run out of cash and don't have to close."

NuHealth officials, he said, "haven't come up with any plan as to how they won't run out of cash, and that has been identified by the auditors, not us."

In his letter to NIFA officials, Boutin conceded NuHealth "does not currently have a formal plan to address our going concern uncertainty."

Officials are reaching out to surgeons in an effort to boost patient volume in operating rooms, Boutin said.

Also, the hospital has launched "public relations and marketing efforts" to "improve patient service volume and increase public awareness of all of our available services," Boutin said.

"We're hitting all the metrics we said we were going to hit, and we're heading in the right direction, but we still have a lot of hard work to do," Boutin said.

In a statement to Newsday, Curran said, "the audited financials present a stark picture and challenge for NHCC."

Curran continued: "Nationwide, safety net hospitals are in distress. We are closely watching the Biden Administration’s human infrastructure bill for much needed funding for these hospitals, which provide such a vital service to communities in need."

Thomas argued, "What needs to be done next is what everyone should be focusing on because we cannot have a public hospital like this shut down their emergency room, shut down floors — we need to be able to turn this corporation around as quickly as possible."

"They’re hanging by a thread here, and we need to see some dramatic action taking place," Thomas said.