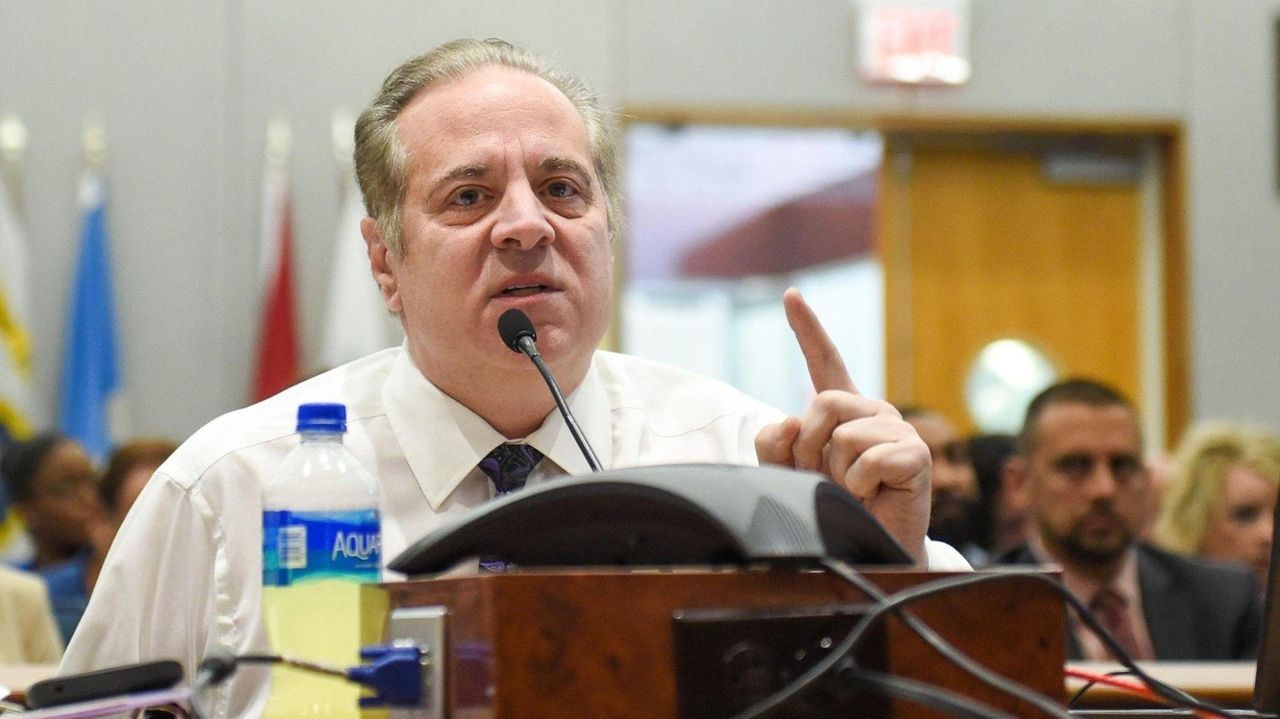 A Suffolk legislative committee on Thursday sent a bill extending the county's red-light camera program for five years to the full legislature without taking a stand on it. The public safety committee voted 7-2 to discharge the resolution without a recommendation. Credit: James Carbone

The fate of a five-year extension of Suffolk County's red-light camera program remained unclear Thursday after a Suffolk legislative committee sent the bill to the full legislature without taking a stand on it.

The public safety committee voted 7-2 to discharge the resolution without recommending whether the legislature should pass it.

During a lengthy debate, legislators cited concerns about issues including where cameras are located, saying they wanted more information from the county public works department before making a recommendation.

"I am still very, very concerned about the way this program is administered," said Legis. Samuel Gonzalez (D-Brentwood). "There are a lot of improvements that have to be made."

Presiding Officer DuWayne Gregory (D-Copiague) said the bill's chances were uncertain. He said the vote in the legislature will depend on whether the administration of County Executive Steve Bellone addresses lawmakers' concerns, including whether cameras are located disproportionately in lower-income areas.

Gregory said legislators also want to relocate cameras to where the most serious accidents occur, create a distracted-driving education program funded by red-light camera revenue and offer motorists a payment plan for fines. The legislature is expected to consider the extension on Wednesday.

Paul Margiotta, executive director of the county's Traffic and Parking Violations Agency, said if the program is extended, he will ensure that the vendor that manages the program develops a payment plan and said officials will review all camera locations. In response to concerns about camera locations, Margiotta said cameras can only be placed on county roads and within the county police district, which does not extend to the East End.

Red-light cameras have been divisive since they were approved in 2009. Previous legislative hearings on the extension proposal drew dozens of people, many of whom asked the legislature to let the program expire.

Critics have said the red-light camera program, which generates more than $20 million in revenue annually, exists primarily to raise money for the county. They also complain the program has slowed traffic and cite a recent consultant's study showing the number of accidents of all types at red-light camera intersections rose by 59.6 percent between 2015 and 2017.

Supporters, including the Bellone administration, say the program has reduced the number of serious crashes, including side-impact collisions and fatal accidents. They have blamed the rise in rear-end accidents on increasingly distracted drivers and said drivers should be prepared to stop at yellow lights.

The county's largest public employee union, the Association of Municipal Employees, has asked legislators to continue the program to avoid a $30 million hole in the county budget.

A $250,000 study by L.K. McLean Associates said the cameras produced $5.12 million in savings by reducing deadly and serious crashes.

Margiotta said had found it necessary only to read the summary of the 118-page study, but several lawmakers said he should have read the entire report because his office oversees part of the red-light camera program.

Legis. Leslie Kennedy (R-Nesconset) and Legis. Rudy Sunderman (R-Shirley) voted against the committee resolution to discharge the five-year extension to the full legislature.

Kennedy backed amending the program so that cameras are located only where they are needed, instead of at 100 intersections.

"The rest are a money grab," she said.

Nassau police official: The number of opioid overdoses 'shocked my conscience'
Court papers: Former LIRR supervisor pleads guilty in alleged OT scheme
Three LI hospitals ranked among Top 50 in the nation
Suffolk lawmakers accept up to $106M in opioid settlements
Petition seeks to bar nonresidents from speaking at school board meetings
Shea on vaccine mandate: 'We are going to comply with the order'
Didn’t find what you were looking for?