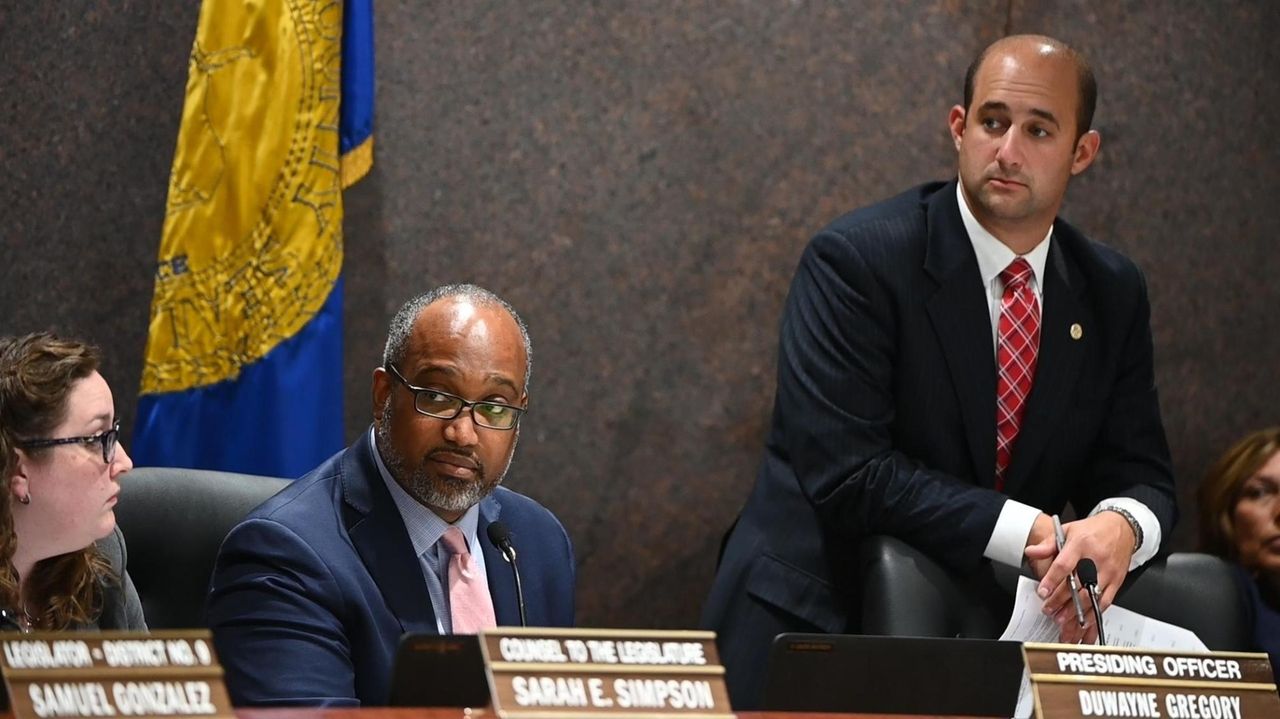 Legislators approved extending the program on an 11-7 vote along partisan lines after more than two hours of debate and another two hours of mostly critical public comments about red-light cameras.

While Republicans unanimously opposed the program, Democratic legislators said they support it but with modifications. Legislators proposed creating a payment plan for fines, waiving administrative fees for first-time offenders and requiring an annual report on camera locations to determine if they should be moved.

They also want to look into reforming the operations of the county's Traffic and Parking Violations Agency, which issues red-light citations.

Presiding Officer DuWayne Gregory (D-Copiague) said the program, which started in 2010 with all cameras installed by 2014, is not set to expire until Dec. 1, so there is time to “get this right."

Paul Margiotta, executive director of the Traffic and Parking Violations Agency, said officials plan to review all camera locations and use a program vendor that provides a payment plan.

"This is a victory for common sense and those who believe in effective public safety programs," Elan said, adding the move represented a "resounding defeat" for Republicans and "conspiracy theorists."

"It has become clear that the program isn't working," the comptroller said in a statement. "Suffolk's residents realize it's little more than a money grab."

Republican legislators have said the program exists mainly to generate revenue — it brings more than $20 million a year — and blamed the cameras for an uptick in rear-end accidents over three years, saying they cause drivers to stop short at red lights to avoid getting tickets. They proposed re-engineering roads to make them safer and said too many drivers are cited for not stopping long enough before turning right on red.

Margiotta said 54 percent of citations relate to right on reds. He blamed increased accidents on higher rates of distracted driving.

Supporters have said the program has reduced red-light running and the number of serious crashes, including side-impact and fatal collisions.

"This program is saving lives and I believe it would be a mistake to go back now," said Legis. Bridget Fleming (D-Sag Harbor), whose district does not have red-light cameras.

Before the legislators' lengthy debate, about 30 residents spoke out about the program for nearly two hours. The majority of speakers were opposed, expressing concerns that cameras tend to be in lower-income areas.

"Poor neighborhoods are more apt to be fined," said Dr. Teresa Bryant, a board member of the Islip Town NAACP.

County public works officials said they chose intersections after determining the ones with the most crashes and then set up temporary cameras to see how many vehicles ran red lights in a 24-hour period. Cameras can be placed only on county roads and within the police district, which does not extend to the East End.

While bicyclist and motorcyclist advocates said the program improves safety, critics said it seeks only to raise funds for the county.

"I believe government does one thing very well: separate me and everybody else from our money," said Deer Park resident Michael Gilligan.