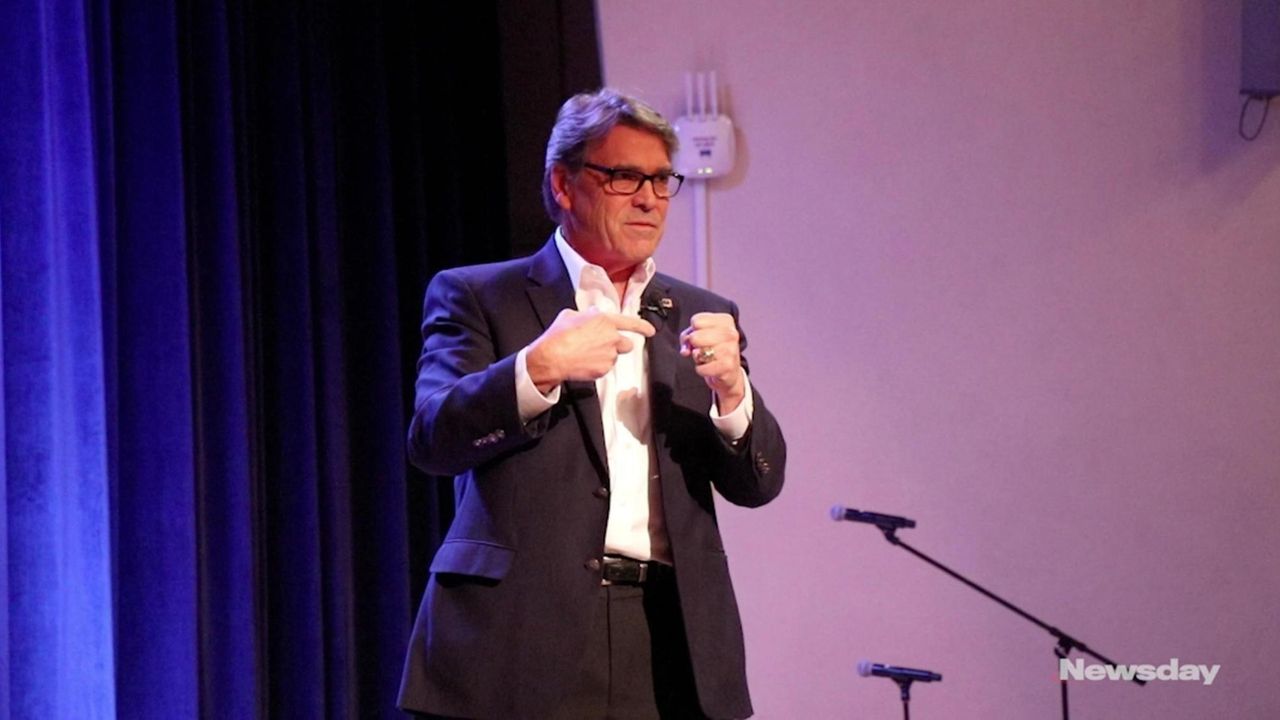 U.S. Energy Secretary Rick Perry on Friday concluded a tour of the nation’s 17 national labs in Upton, where he touted the Trump Administration’s “all-of-the-above” energy strategy with nods to natural gas fracking and wind power, along with key signals of support for Brookhaven National Laboratory.

In a speech before several hundred BNL employees, Perry praised the innovation and the science done at the labs, noting how breakthroughs have crossed over to practical use in health care and the electric grid. “That’s why I’m so proud to be associated with people like you,” he said. He spoke of the labs’ role in “making nuclear cool again,” while advancing super computers that are being put to use in brain research and diagnosis.

In an interview with Newsday after his speech, Perry also addressed questions about funding for the Long Island lab, which initially faced Trump Administration budget cuts for 2018 that were later nixed in a congressional budget deal. The lab last year laid off 175 employees in a voluntary buyout. At the same time, BNL is a contender for a new $750 million electron-ion collider that could pump billions into the lab and local economy.

“I know what these labs do, I know the importance of their funding and funding streams,” Perry said. “I’m going to be supportive of that. Do I want them to be very efficient and show good results for the dollars that we spend? Absolutely.” He added the labs’ science dollars are “well spent.”

Asked if he believed BNL was a competitive front-runner for the electron-ion collider, Perry declined to be specific about a program that “I may have to make a decision on later on.”

But he added, “This lab has a history, it has a very productive history. Whether it’s dealing with colliders, whether it’s dealing with nuclear medicine, Brookhaven is going to be a very competitive location for any projects that fit into those parameters. They have a lot to be proud of, and I would suggest to you that … Brookhaven will be right at the top of the class when it comes to deciding where those projects will go.”

While Perry’s presentation to the employees didn’t mention coal, he said in the interview that “I have not forgotten fuel that comes from fossils, coal being one of them. We think that a coal and a nuclear-based foundation for our [electric] grid is really important.”

Wind energy has been a favorite of Perry’s, given the widespread application of land-based wind-energy in his home state of Texas, where he was previously governor.

Asked about the prospect of Long Island and BNL for offshore wind, given plans by New York for 2.4 gigawatts of offshore wind energy by 2030, Perry said, “I would suggest to you the support from the federal government is there. We’re continuing to fund research on wind and solar.”