"This is a humongous loss not just to the jurisprudence world but really to anyone out there who’s ever needed an advocate for them because they didn’t have a voice that people would listen to," said Rep. Kathleen Rice (D-Garden City) in an interview.

Rice, who was Nassau's first female district attorney, praised Ginsburg’s work that helped change the world for women like her.

"For a woman like me who has spent the majority of my professional life practicing law in a field that was not heavily dominated by women, she enabled me to have the career that I did," Rice said. "She fought all the fights." 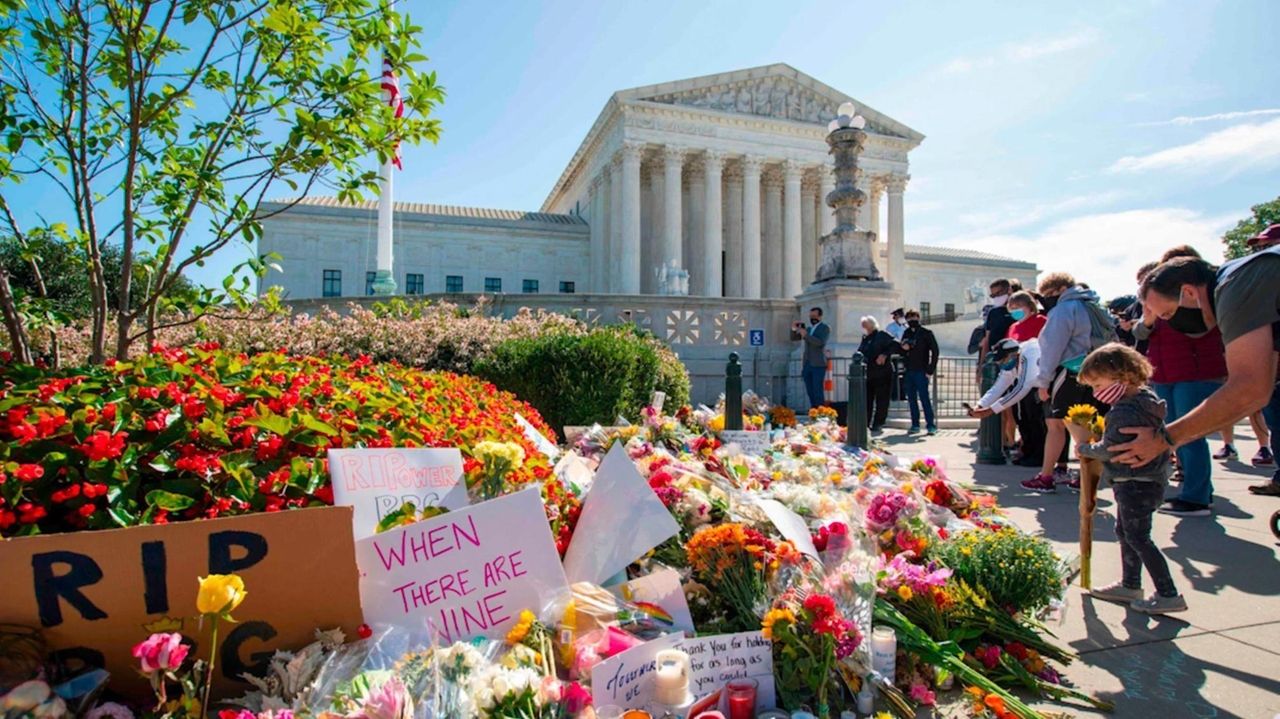 "She's the person you would want on the Supreme Court no matter which side of the fence you're on," King said. "I'm saying this as someone who probably disagreed with her on many cases, that she was absolutely brilliant. She was totally honest. And she was total class."

Both King and Rep. Thomas Suozzi (D-Glen Cove) noted the close relationship the liberal justice had with Justice Antonin Scalia, a conservative icon.

"Too many people who disagree with each other hold each other with contempt in today’s contemporary culture," Suozzi said.

Democrats were quick to point to McConnell’s refusal for nearly a year to act on President Barack Obama’s nomination of Judge Merrick Garland to fill the vacancy left by Scalia.

King said the times are different this November as the coronavirus pandemic may push more Americans to vote by mail, raising the probability of election results being contested in court.

"There appears to be, probably more than any other year, even more than 2000, that the decision could end up in the courts and to have a 4-4 split out of only eight judges on the court and run the risk of having a tied decision at the court, to me, just adds to the uncertainty," King said, referring to the presidential election that ended with a Supreme Court decision that declared George W. Bush the winner of the presidency.

"I would say the president has the right to do it," King said. "And this year, probably more than others, he has the need to do it."

Rice called the argument "a ridiculous talking point" and McConnell’s plan hypocritical. "Do I even need to repeat the hypocrisy of his position in 2016?" Rice said rhetorically.

Suozzi said the vacancy should be filled by someone nominated by the next president.

"The last thing our country needs right now is another source of division," Suozzi said. "We should let whoever is elected president pick the next Supreme Court justice. I mean, that’s just straightforward common sense."

Rep. Gregory Meeks (D-St. Albans) agreed that Ginsburg’s replacement should be decided by whom Americans vote for in November.

"With an election that’s less than 50 days away, the people have a right to decide," he said. "If he does that, he’s putting our very democracy at stake because then there are no rules," referring to McConnell’s plan for a vote in the Senate.

On Ginsburg’s legacy, Meeks said it was one of "greatness."

"When you think of Ruth Bader Ginsburg, you think of a champion for all people. She’s clearly a game changer, but she’s even bigger than that," he said. "She’s a legendary figure in American history."

Rep. Lee Zeldin (R-Shirley) said in a statement that Ginsburg’s "remarkable life has and will continue to be an inspiration for all Americans."

Gov. Andrew M. Cuomo announced Saturday that the state will erect a statue to honor Ginsburg’s legacy at her birthplace in Brooklyn. The governor also announced that the state’s landmarks, including One World Trade Center, would be lit in blue Saturday to memorialize the justice.