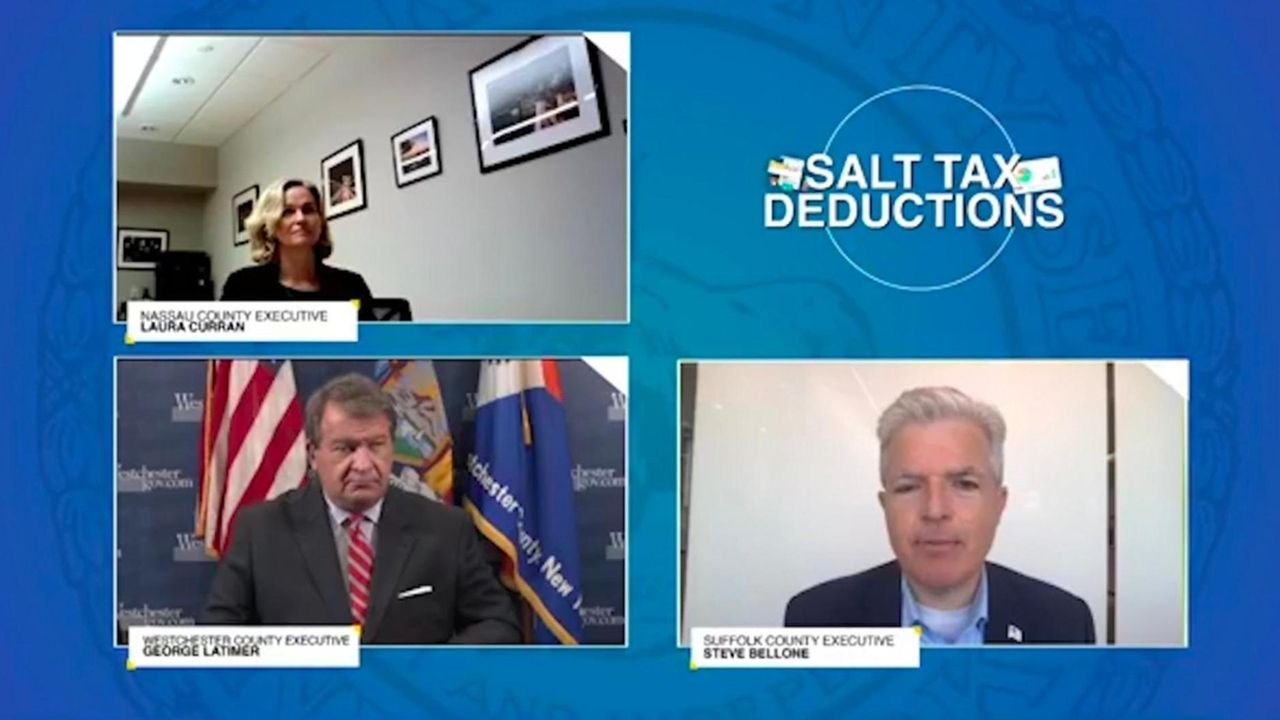 Members of Congress launched a "bipartisan SALT coalition" aimed at educating the public about the need to restore the full State and Local Tax deduction, which would cut taxes for many property owners on Long Island and in high-tax areas nationwide.

The SALT deduction was limited to $10,000 in 2017 when President Donald Trump signed into law a $1.5 trillion overhaul of the federal tax code. The plan was authored by Congressional Republicans.

The effort to repeal the limit, backed by both Democratic and Republican members of Congress, emphasized the outsized effect of the 2017 law on middle-class property owners throughout the country.

Some Democrats, including Rep. Thomas Suozzi (D-Glen Cove), said they would not support President Biden's infrastructure bill unless it fully restored the SALT deduction.

Now, with a Democratic President and the House and Senate under Democratic control, a growing number of House members have pushed to immediately restore the full deduction.

Outside of the U.S. Capitol Thursday, Republican and Democratic members of Congress from New York, New Jersey, and California, where property taxes are among the highest in the nation, expressed support for the proposal.

The 2017 decision by Republicans was done to punish "blue states" where property taxes are disproportionately higher, Democratic lawmakers said.

Rep. Anna Eshoo (D-Calif.) said the caucus' goal was single-focused and would disband after the SALT limit was repealed.

Senate Majority Leader Chuck Schumer said in a statement: " If you think Long Islanders needed and deserved this money before the coronavirus took hold, the stakes are even higher now because the cap is costing our communities tens-of-thousands of dollars they could be using to weather the crisis."

Bellone said, "The result of that [2017] tax act was the largest federal tax increase, essentially, on middle class homeowners in history."

Nassau County Executive Laura Curran, a Democrat, said the 2017 law was a "gut-punch’ to New Yorkers, who are effectively getting "taxed on our taxes."

Westchester County Executive George Latimer, a Democrat, said local officials can make the case to current Congressional leaders, who did not have control when the tax code was enacted.

Now, "people have a sense of the actual impact of this," he said, noting officials have a "much more powerful case to make."

But Rep. Alexandria Ocasio-Cortez (D-Bronx/Queens) called for a debate about the cap itself "and at what level it's appropriate, and where we can help families that are really deeply impacted."