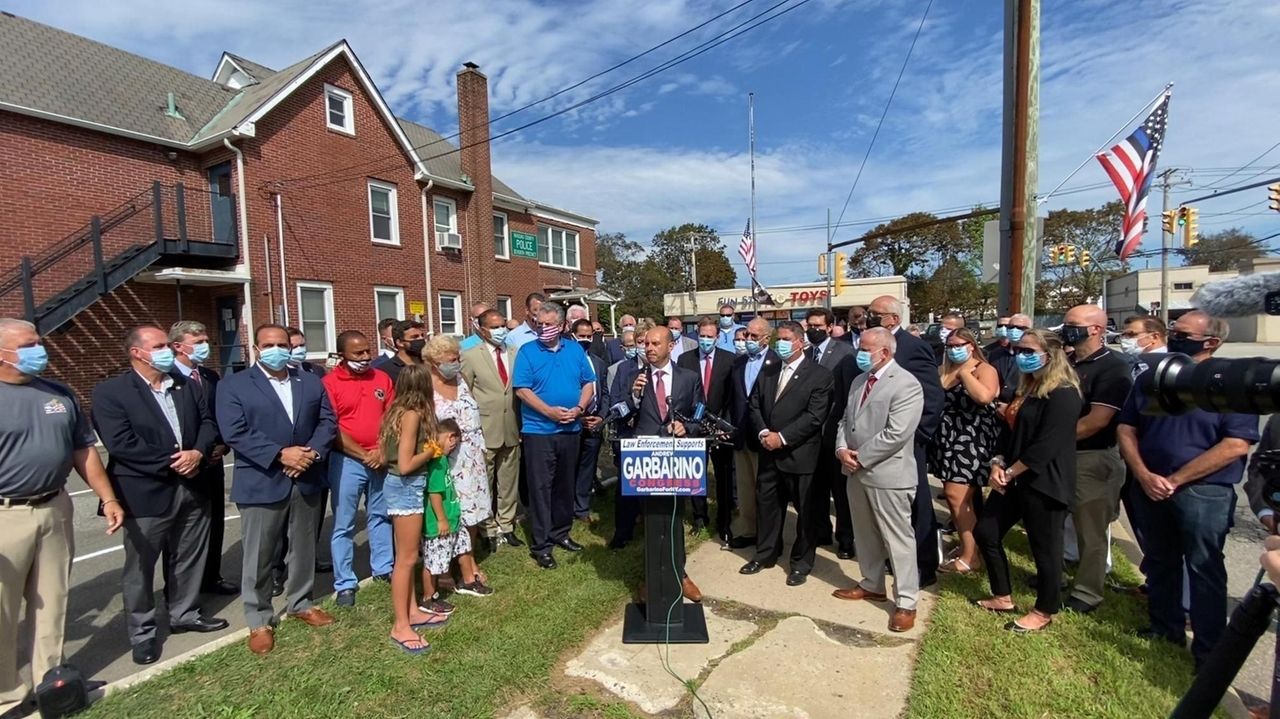 “In these times of lawlessness, you see all these protests turning into riots and looting, we need somebody that stands with law enforcement, and that’s what we have with Andrew,” said James McDermott, president of the Nassau Police Benevolent Association, the union that represents the rank-and-file, at the rally outside Nassau’s 7th Precinct in Seaford.

Said Noel DiGerolamo, McDermott’s counterpart at Suffolk’s PBA: “We are faced right now with a decision: Do we continue to head down this cliff into the abyss created by these radical liberals that are trying to somehow justify the terror that is going on in our cities?”

Asked about the rally, Meg Scribner, campaign manager for Garbarino’s opponent, Jackie Gordon, a Democrat, wrote in an email: “Jackie is a former Military Police Officer, educator, and public servant who has dedicated her entire life to serving and protecting our community. Long Islanders want a representative who will be an independent voice for our district, not someone who seeks to divide us with partisan politics.”

Across America and in Albany, law enforcement union power over laws favorable to the membership has begun to weaken in the aftermath of protests following the bystander-recorded killing in May of George Floyd by a Minneapolis cop.

In New York State, a 44-year-old law keeping secret the disciplinary records of cops and others — one of the nation’s strictest such statutes — was repealed in June over the objection of law enforcement unions. Those unions also opposed enacted changes to bail laws that eliminated cash bail for most misdemeanors and nonviolent crimes.

Garbarino supported the status quo, and at Thursday’s rally, said: “We’re not supposed to put targets on their backs, but that’s exactly what Democrats did this year with their anti-cop legislation and their rhetoric.”

“It's only 15 to 20 miles from our border,” he said. “It’s right there. We see what’s going on in New York City. We don’t want that violence spilling over into Nassau County.”