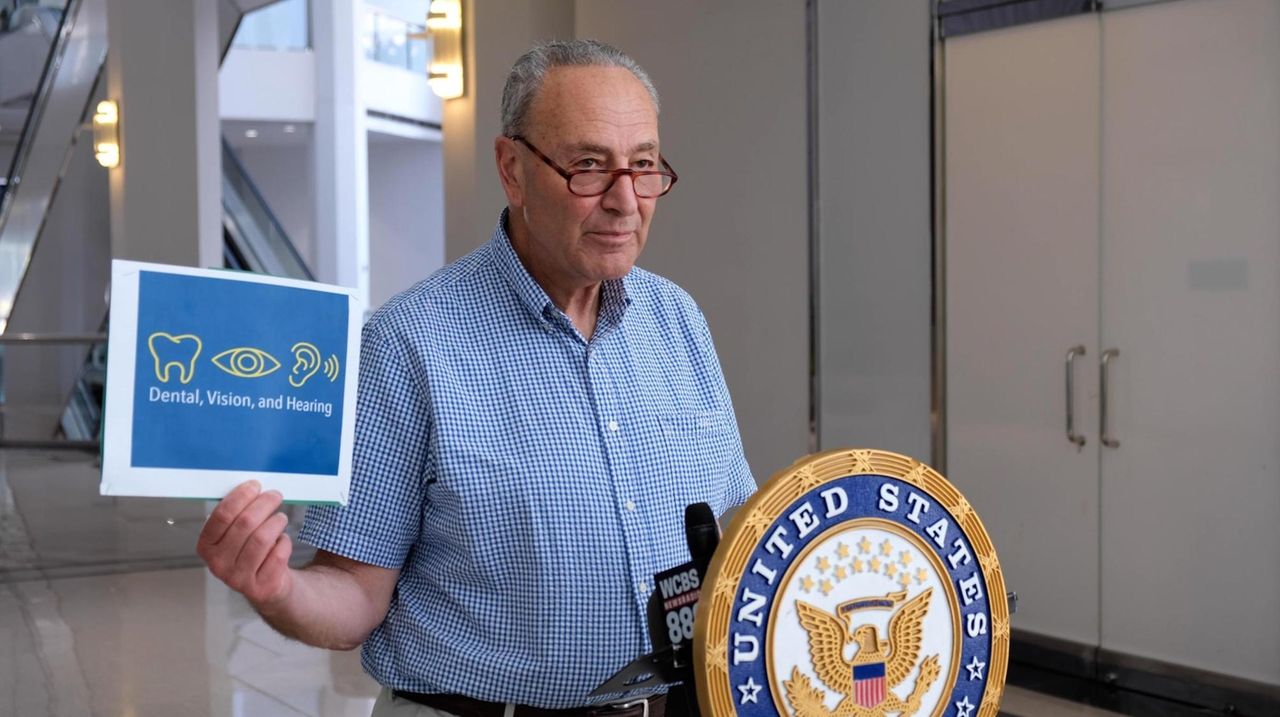 Medicare should be expanded to include dental,vision and hearing benefits, Sen. Chuck Schumer said Sunday in Manhattan. Credit: Craig Ruttle

U.S. Sen. Chuck Schumer on Sunday called for the expansion of Medicare to include dental, vision and hearing benefits, part of legislation he and Sen. Bernie Sanders of Vermont want added to President Biden's infrastructure plan.

Progressive advocates have lobbied to include dental, vision and hearing in Medicare as those services have been excluded since the federal health plan was adopted in 1965. Medicare recipients must pay for supplemental or private coverage as the service typically doesn’t pay for those benefits.

"The result: Millions of senior citizens have teeth rotting in their mouths, are unable to hear what their children and grandchildren say or can’t read a newspaper because of failing eyesight," Schumer (D-N.Y.) said during a news conference in Manhattan on Sunday.

Schumer noted that one in five American seniors have untreated tooth decay which can lead to other health problems. One million Americans over the age of 65 have experienced glaucoma-related vision loss, he said.

Broadening Medicare has long been a priority for Sanders, an Independent who caucuses with Democrats.

Adding the three benefits could raise Medicare spending $358 billion over 10 years, according to a 2019 estimate from the nonpartisan Congressional Budget Office. The same report noted that allowing Medicare to negotiate with pharmaceutical companies could reduce spending by $456 billion, resulting in a net benefit.

Senate Democrats are working on two tracks to advance infrastrastructure spending — one with bipartisan support, and another that would allow the Democratically-controlled chamber to pass the bill without Republican support through a process known as reconciliation.

"Will it be easy to get this done? No.," Schumer said. "But will it be overwhelmingly popular and have the full support of the American people? Absolutely."