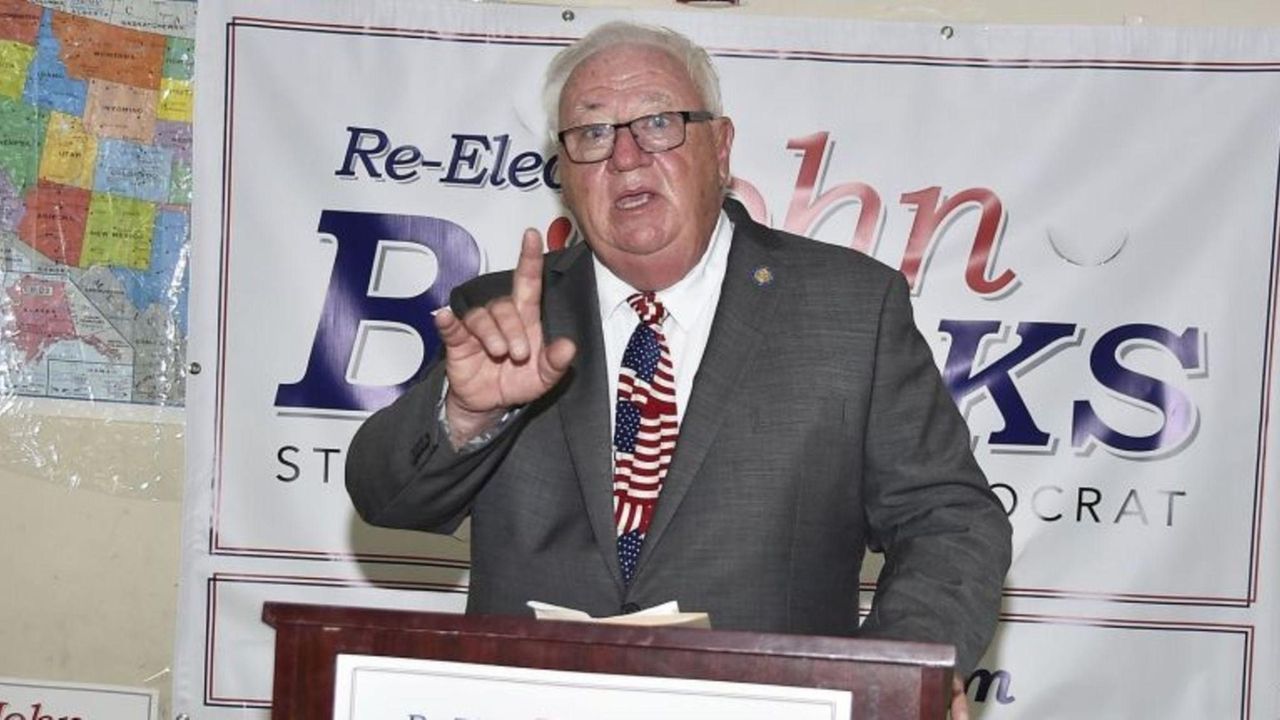 On Sunday, State Senator John Brooks was joined by supporters, party leaders and elected officials as he launched his re-election campaign for New York’s 8th Senate District at the Roosevelt American Legion Joe Murphy Post 1957. Brooks, a Democrat, laid out his vision for a more affordable Long Island, and discussed how he plans to combat the devastating effects of Trump’s Republican federal tax plan and stand up for the hard-working taxpayers of Nassau and Suffolk’s South Shore. Credit: Howard Schnapp

Freshman Democratic state Sen. John Brooks declared his bid for re-election Sunday, with Democratic officials saying his candidacy is at the “top of the Republican hit list” in the fight to control the State Senate.

Several state and county officials and Democratic Party members came out to the Roosevelt American Legion to support Brooks, who won his seat in a surprise 2016 upset over Republican incumbent Mike Venditto. An indictment of Venditto’s father, former Oyster Bay Town Supervisor John Venditto — who is awaiting a verdict in his federal corruption trial — was unsealed weeks before the election.

Brooks, of Seaford, who represents the 8th State Senate District, was elected two years ago without the support of the state or Suffolk County Democratic parties. But now Democrats have a narrow 32-31 hold of the Senate, although Democrat Simcha Felder of Brooklyn caucuses with Republicans. Fellow Democrats such as state Sen. Michael Gianaris of Queens, the head of the Senate Democrats’ campaign committee, stressed the importance of retaining Brooks’ seat, which has historically been controlled by Republicans.

“We cannot seize the majority unless we hold these two,” Gianaris said, referring to Brooks’ seat and that of state Sen. Todd Kaminsky of Long Beach, who was also at the event. “This is going to be ground zero of the political battle for the State Senate in the State of New York.”

Brooks referenced national issues such as the federal tax bill passed by Republicans in December, which local legislators and businesses have argued will financially hurt Long Island taxpayers who would no longer be able to fully write off their property taxes. Brooks noted plans to introduce a tax relief act.

Brooks’ Republican opponent, Massapequa Park Mayor Jeff Pravato said if re-elected Brooks would be under the control of New York City Democrats who have not been champions of suburban issues — a charge denied by Brooks.