The top of a coach bus full of students was sheared off Sunday night after it hit an overpass on the Southern State Parkway in Lakeview. Credit: AP / Kevin Hagen

ALBANY — After a bus crashed into an overpass on the Southern State Parkway Sunday night, the Cuomo administration is trying to get insurers involved in efforts to keep truck drivers and bus operators off restricted highways.

The administration sent a letter Thursday to insurers, urging them to encourage commercial drivers to use global positioning systems that give warnings about restricted highways, low bridges and alternate routes.

The letter was spurred by a State Police investigation that showed the driver of a coach bus full of students struck the parkway overpass after using a “noncommercial vehicle” GPS meant for passenger cars that routed him onto the Southern State. The bus smashed into a low bridge at Eagle Avenue in Lakeview, shearing off the vehicle’s roof. 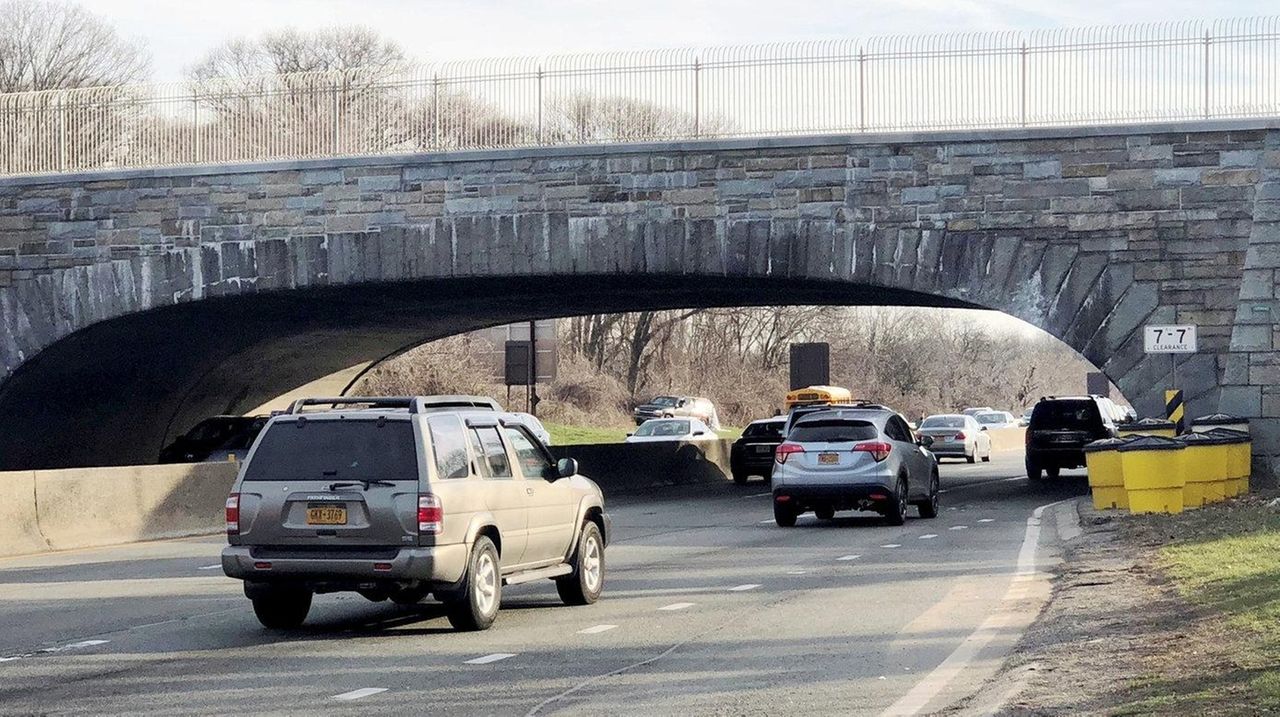 “The recent bridge strike on the Southern State Parkway was serious, avoidable and should be a wake-up for businesses that use buses, tractor trailers and similar vehicles,” Gov. Andrew M. Cuomo said in a statement.

In the letter, the Department of Financial Services told insurance companies they have the “opportunity to be at the forefront in protecting all New Yorkers from avoidable tragedies like the one we have just experienced.”

Scott Fischer, DFS’ deputy superintendent for insurance, wrote that “insurers should assist and encourage policyholders to use only commercial GPS if a GPS is in use at all.”

Notably, the Cuomo administration stopped short of trying to mandate the use of commercial GPS.

In 2009, then-Gov. David A. Paterson proposed legislation that would have required just that. The measure failed because it raised legal issues about restricting interstate commerce and trying to force out-of-state drivers to use the devices, according to the Trucking Association of New York.

The Professional Insurance Agents of New York, a trade group, has no position on the GPS issue, spokeswoman Jane Czupryna said.

AAA: Commercial GPS could have helped in crashCommercial GPS systems are not mandatory — and are often not used — by truck and charter bus companies, despite advanced technology which could potentially have prevented Sunday's parkway bus crash. Crash victims: A jolt, flying glass and roof caving"I just heard a loud thud," one passenger recalled. "And then I just see, like, the roof just starting to completely cave in and I start tasting, like, fiberglass in my mouth." Cops: Bus driver used noncommercial GPSInjured students, ranging in age from 16 to 18, were returning from a spring break trip to Europe. Several are from Huntington High School. Bus crash responders: It could have been much worseEmergency workers from several departments scrambled after the first call. Now all they can think about is how much worse the injuries could have been.