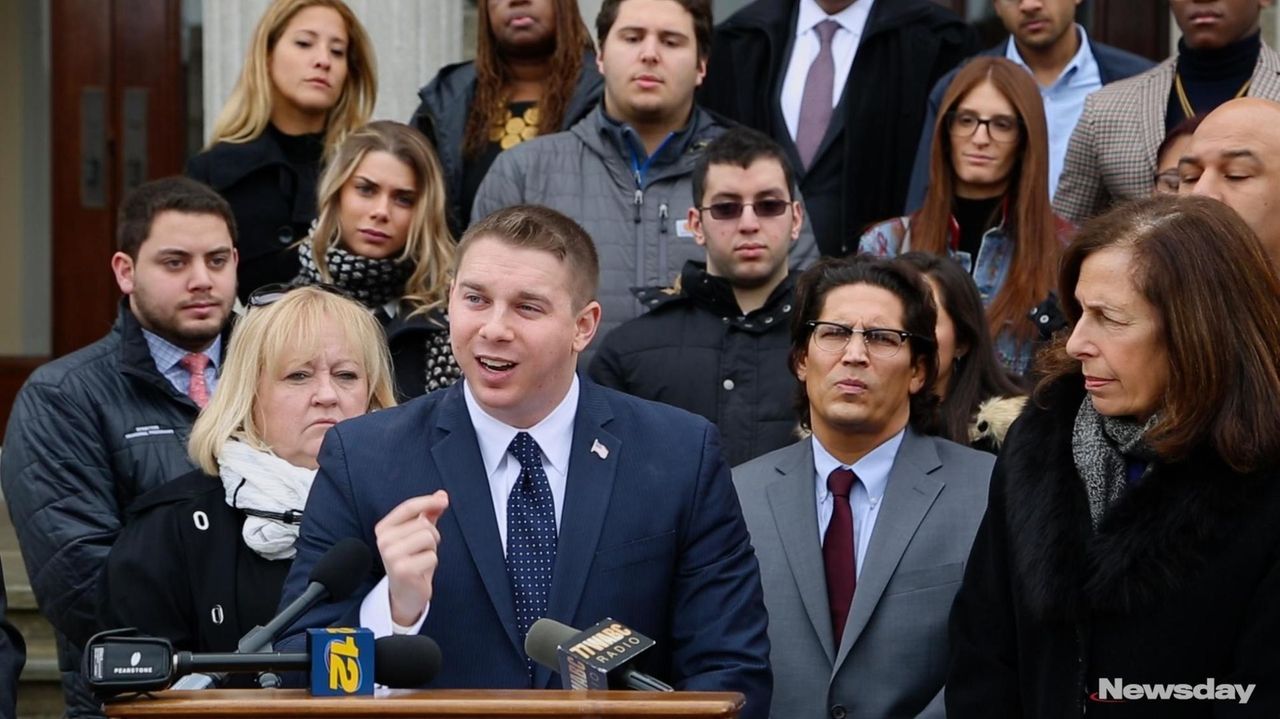 The Nassau Legislature will hold hearings on the county’s heroin and opioid crisis, which claimed the lives of nearly 500 Long Islanders in 2016, according to freshman Democratic Legis. Josh Lafazan.

The hearings, which have the support of the GOP legislative majority, but have yet to be scheduled, would address topics including treatment, counseling and intensified training for county employees.

“It is time that Nassau County became the battleground in the fight against addiction,” Lafazan (D-Woodbury) said at a news conference Thursday in Mineola with Democratic legislators and drug treatment experts.

Lafazan also proposed creating a 24-hour addiction crisis hotline and training every county employee to administer the anti-overdose drug Narcan. He also said every college should offer some dormitories that are alcohol- and drug-free.

A record 190 individuals died from opioid overdoses in Nassau in 2016, records show.