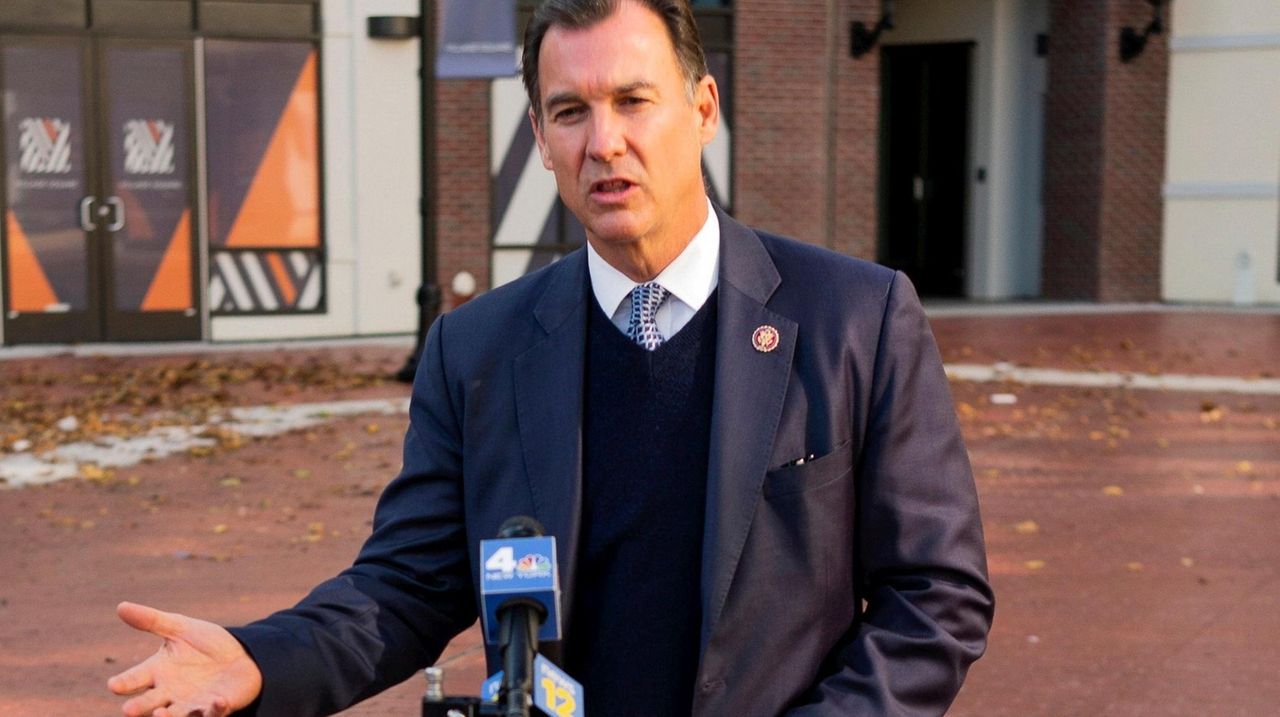 Rep. Tom Suozzi on Monday announced that he has pulled ahead of Republican challenger George A.D. Santos in the continuing count of absentee ballots in the 3rd Congressional District race.

"Right now, I am ahead by 13,000 votes," said Suozzi, a Democrat seeking his third term. The lead was with 30 percent of the absentee ballots counted from Nassau County and Queens, he said. Suffolk County began counting absentee votes Monday.

"I’m not declaring victory yet. I just believe I’ll win," Suozzi said at a news conference in his hometown of Glen Cove, where he once was mayor.

There was no immediate response from Santos to a request for comment. He has recently tweeted that there are reports of irregularities in the absentee ballot count. He hasn’t conceded.

On Nov. 3, Santos led Suozzi by 4,171 votes out of more than 275,000 votes cast on machines through early voting and on Election Day, according to the state Board of Elections. But more than 86,597 absentee ballot were received by mail in the race. Of those, 47,036 were requested by Democrats, 16,004 by Republicans, and 20,121 by voters not enrolled in any party.

Suozzi said that so far 79% of the count of absentee ballots is going his way, based on observations of his staff watching the count at boards of election.

"I think by the end of this week we will have most of the ballots counted in Nassau, Suffolk and Queens," Suozzi said. He said he planned to return to Washington on Monday.