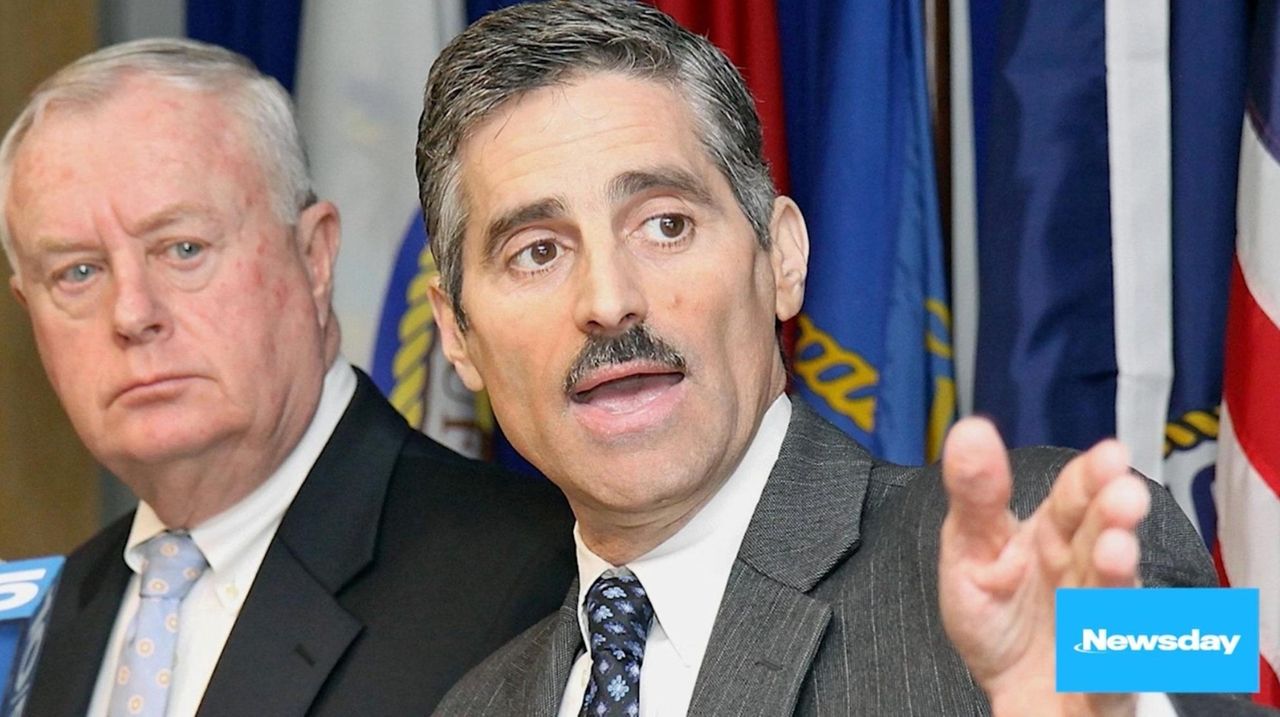 Levy filed suit against the current district attorney’s office May 17, seeking to block Suffolk District Attorney Timothy Sini’s office from releasing to Newsday a copy of the agreement the newspaper sought under the state Freedom of Information Law.

In the newly released filings, Suffolk County Attorney Dennis Cohen argues for the district attorney's decision to release the agreement, noting that it "is a document prepared to resolve a criminal investigation prior to the filing of charges or any trial." Levy admitted no wrongdoing in signing the agreement and has never been charged with improprieties.

In an email Thursday, Levy denied any knowledge of a grand jury review of the case or any pending indictment. "We had no knowledge any indictment from a grand jury [was] forthcoming," he wrote.

In a June 1 affidavit in support of his request that the agreement not be released, Levy noted he had complied with all terms of the agreement, including agreeing not to seek reelection, "which was a tremendous part of my life." The move led him to alter "the entire trajectory of my prospective career." He said he wouldn’t have signed the pact had he known that it would one day be publicly disclosed, "Particularly when such a disclosure will perpetuate the misconception that by entering into such agreement I had admitted guilt," he said.

Levy said the final agreement incorporated "lines of inquiry in the underlying investigation against me" to "ensure that these lines of inquiry — even if they were dead ends and could not substantiated — would not resurface at a later time." They were, he added, "In no way admissions of guilt."

Yet, he wrote, disclosure of the agreement "will give the public the impression that these lines of inquiry were of substance and that their inclusion in the agreement amounts to my admission of guilt."

In his papers in response to Levy’s affidavit, Cohen denied that the agreement between Levy and Spota "was entered into under seal."

Cohen wrote that Levy "in attempting to usurp the right of the free press to access government records or to otherwise prevent the public from reviewing government records that are not exempt, seeks to keep from the citizens of Suffolk County matters clearly within the public interest. As such the balance of the equities weighs in favor of the County and its citizens."

He noted, as did Baisley in his decision, that the Levy-Spota agreement "contains no confidentiality clause or agreement."

"There is no promise, covenant or agreement to maintain its confidentiality contained within the agreement," Cohen argued. "It merely contains the header, ‘Under Seal, Privileged and Confidential."

If Levy "wanted a promise that the District Attorney’s office would keep the agreement confidential he should have included that promise in the agreement," Cohen wrote.

Baisley early in the case declined to allow Levy to file the case anonymously, saying the court found Levy’s privacy right "does not outweigh the presumption of openness in judicial proceedings."

Levy’s name was added to the complaint against the district attorney on May 28 and all records of the case sealed until Friday.

The controversial 2011 agreement followed a 16-month investigation by Spota’s office ended Levy’s political career, yet details of the district attorney’s findings have never been publicly released. Levy in a statement to Newsday on Thursday said he plans to appeal Baisley’s ruling, which calls for the district attorney to make the document public 10 days from July 15.

Levy’s lawyers in court papers newly released said Levy "has taken great strides to preserve the confidentiality of the existence and contents of the agreement in question."

A copy of the Newsday FOIL request accompanying the court papers demonstrates that it was Levy speaking publicly about the agreement in a Newsday opinion piece that was among the reasons cited to request and justify its public release.

In a January 2020 opinion piece in Newsday entitled "Levy opens up about deal with Spota," Levy said he’d been "wanting to get this off my chest for eight years," alleging Spota's findings amounted to mere "irregularities," and "not a death-penalty item."

Cohen argued that Levy waived "whatever privacy interests he might have" by "having openly discussed the agreement that he is suing to keep secret" in the Newsday opinion piece.

The public has the right to see the actual agreement that Levy purported to characterize in his statement to the press," Cohen wrote. "It goes right to the heart of what FOIL is supposed to be, a mechanism to provide citizens with the means to obtain information about the day-to-day functioning of government and to provide a tool for exposing waste, negligence and abuse on the part of government officers."

Judge orders Levy's nonprosecution agreement be released to NewsdayThe State Supreme Court judge noted that there was "no promise, covenant or agreement to maintain its confidentiality contained within the document itself." Suffolk supports Newsday request to release Levy agreementThe former Suffolk County executive has filed a lawsuit against the Suffolk DA's office seeking to keep his 2011 nonprosecution agreement confidential. Steve Levy sues to block release of 2011 non-prosecution dealThe former Suffolk County executive has filed suit against the county District Attorney's Office to block release of an agreement he reached with ex-DA Thomas Spota that required him to give up his $4 million campaign fund, according to a response to a Newsday information request.