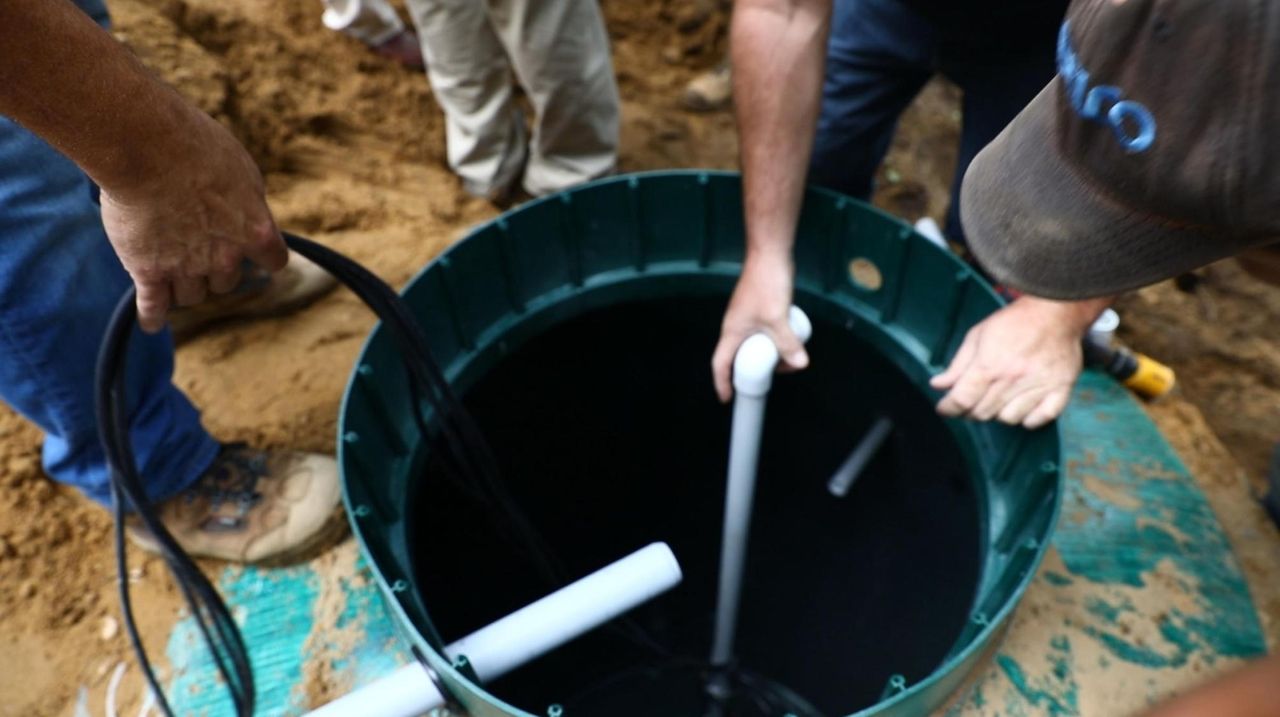 Suffolk County homeowners should pay federal taxes on county grants used to upgrade their septic systems, the Internal Revenue Service has ruled. County Comptroller John Kennedy on Tuesday said he received the ruling after he sought guidance on whether the grants should count as income. Credit: Newsday / Chris Ware; File Footage

The grants count as taxable income, even if homeowners never receive a check themselves, the IRS said in a letter dated Jan. 15. In most cases, the county pays grant money directly to contractors who install the systems, not to homeowners, officials said.

The ruling could undermine one of County Executive Steve Bellone’s key water quality initiatives, which provides an incentive to install septic systems that officials said reduce nitrogen pollution in waterways.

The ruling comes after county Comptroller John Kennedy requested guidance on whether the grants should count as income. Last year, he sent tax forms to homeowners who used the grant program, catching them off-guard and igniting a political fight with Bellone, whom he was running against for county executive.

Kennedy acknowledged that the ruling “may not be popular.” But he said it “validates the approach we have taken all along” to issue the tax forms. He blamed the tax burden on how the program was set up, not on his request.

“The Comptroller’s decision to seek an IRS ruling may now expose county homeowners to new tax liability and undermine a critical water quality program." Scully said in a statement.

Kennedy disputed that his motives were political, saying he was carrying out his duties.

The septic upgrade program began in 2017 to provide grants of between $10,000 and $20,000 to homeowners to offset the cost of replacing aging cesspools and septic systems with new ones that produce less nitrogen.

Nitrogen pollution, including from wastewater, has led to fish kills and algal blooms in Suffolk waters, officials have said.

Officials estimate there are at least 360,000 cesspools and aging septic systems in Suffolk. Since the county grant program began, the county has disbursed 293 grants and expended $3 million, officials said.

The county also received $10 million in state funding for the septic system program.

Kennedy issued tax forms in March 2019 to homeowners who participated in the program the year before, saying he was required to do so under the tax code, which Bellone's administration disputed.

In seeking IRS guidance on the issue, Kennedy argued that residents should not have to include the grant in their gross income when calculating taxes, according to the letter sent last year.

The IRS imposes a fee for private-letter rulings — opinions issued at the request of taxpayers seeking specific guidance and that do not set precedents — and charged Suffolk $30,000 for its septic system decision, Kennedy said.

Wading River homeowner Michael Oil said he had hoped to upgrade his septic system “to do his part” after seeing how much water quality has declined. But now, he has to hold off because he can’t afford to pay taxes on a grant, he said.

“I hope they'll go back to the drawing board and craft something that won't leave the middle class and lower income folks potentially on the hook for thousands of dollars in taxes,” said Oil, 55, a SUNY Farmingdale professor.

NYC primary errors revive concern over election system
Teens speak up about Riverhead's marijuana sales plans
Jones Beach lifeguard reports being bitten by shark
Searchers: No weekend bull sightings, but he likely hasn't left the area
2:10
Mayor: All NYC employees, including NYPD, must be COVID vaccinated or test weekly
Officials: 4 separate car crashes within 2 hours in North Babylon
Didn’t find what you were looking for?