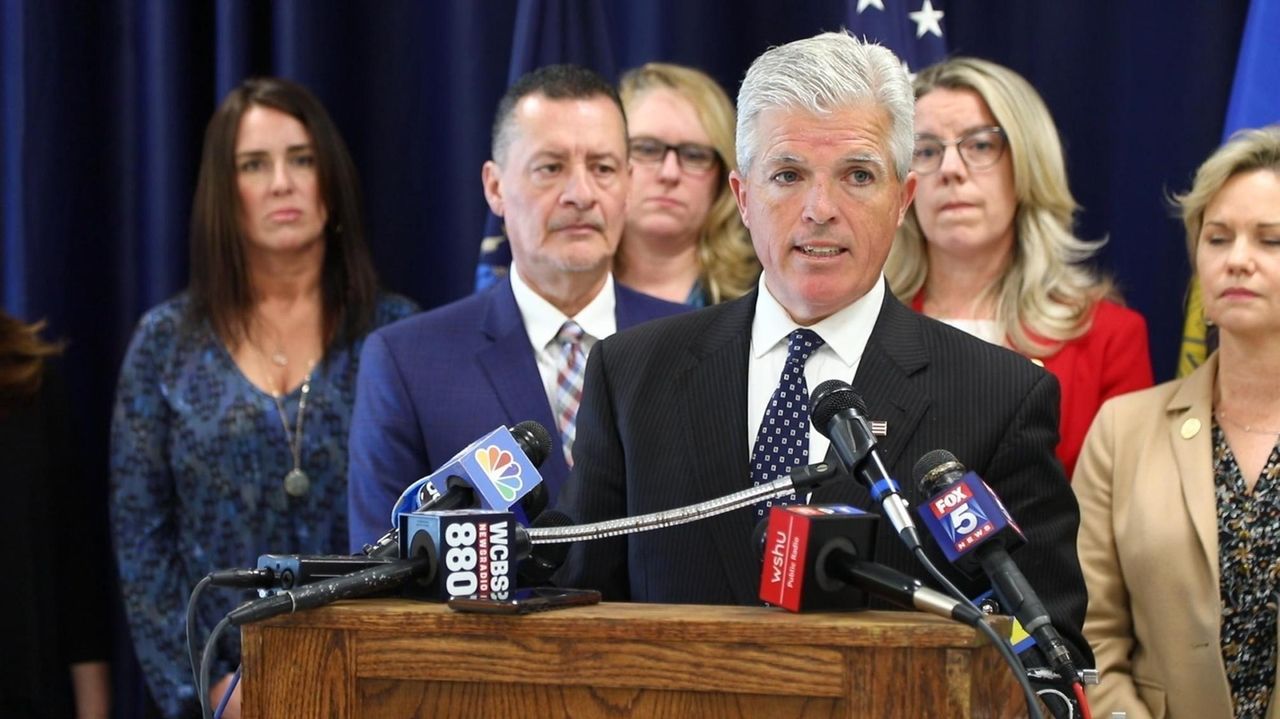 Elected officials have proposed changes to Suffolk County's Child Protective Services following the death of Thomas Valva. The 8-year-old died after authorities say he was left to sleep in a garage when the temperature was below freezing. Credit: Newsday / Yeong-ung Yang

The proposals would create a specialized CPS team to handle cases involving children with autism or other disabilities, who are more likely to be abused and have more difficult cases to investigate, Bellone said. The bills would also create a new designation for allegations of child abuse and neglect that are "unfounded due to insufficient evidence," a measure that would allow any subsequent reports of abuse to be reviewed more thoroughly, he said.

Bellone said the package of bills is a first step to addressing the "major failings" of the CPS system, although he did not specify what exactly went wrong in the Valva case. CPS had investigated complaints against the Valva family and had monitored them for a year before Thomas' death, Suffolk officials said.

If the bills are adopted, "CPS will never operate the same way again," Bellone said. "And that's appropriate because what happened to Thomas Valva can never happen again."

Legis. Robert Trotta (R-Fort Salonga) criticized the bill package, saying it would not make any tangible changes because it mirrors existing policies.

"If the mishandling of the Valva case is as outrageous as it seems to be, people should be fired and the (social services commissioner) should resign," Trotta said in a statement.

Bellone said he has "full confidence" in social services commissioner Frances Pierre. He said he would wait for a state review of the case before making any staffing changes, other than hiring caseworkers for the new specialized team. But when asked about assertions by Thomas' mom, Justyna Zubko-Valva, that the same CPS supervisor who was on the case when her son died is still the supervisor for the case of her two remaining children, Bellone said, "If that is the case, that will be changed."

Legislators are expected to consider half the bill package during committee meetings next week. They will also consider a proposal package by Minority Leader Tom Cilmi (R-Bay Shore) that would require the county to fill all CPS vacancies, mandate that caseworkers videotape interviews and allow the legislature to conduct its own investigation of the Valva case.

Thomas died Jan. 17 after prosecutors say his father, Michael Valva, and his fiancee, Angela Pollina, forced the boy and his older brother Anthony, 10, to spend a frigid night in their unheated garage. Valva and Pollina have pleaded not guilty to charges of second-degree murder and endangering the welfare of a child.