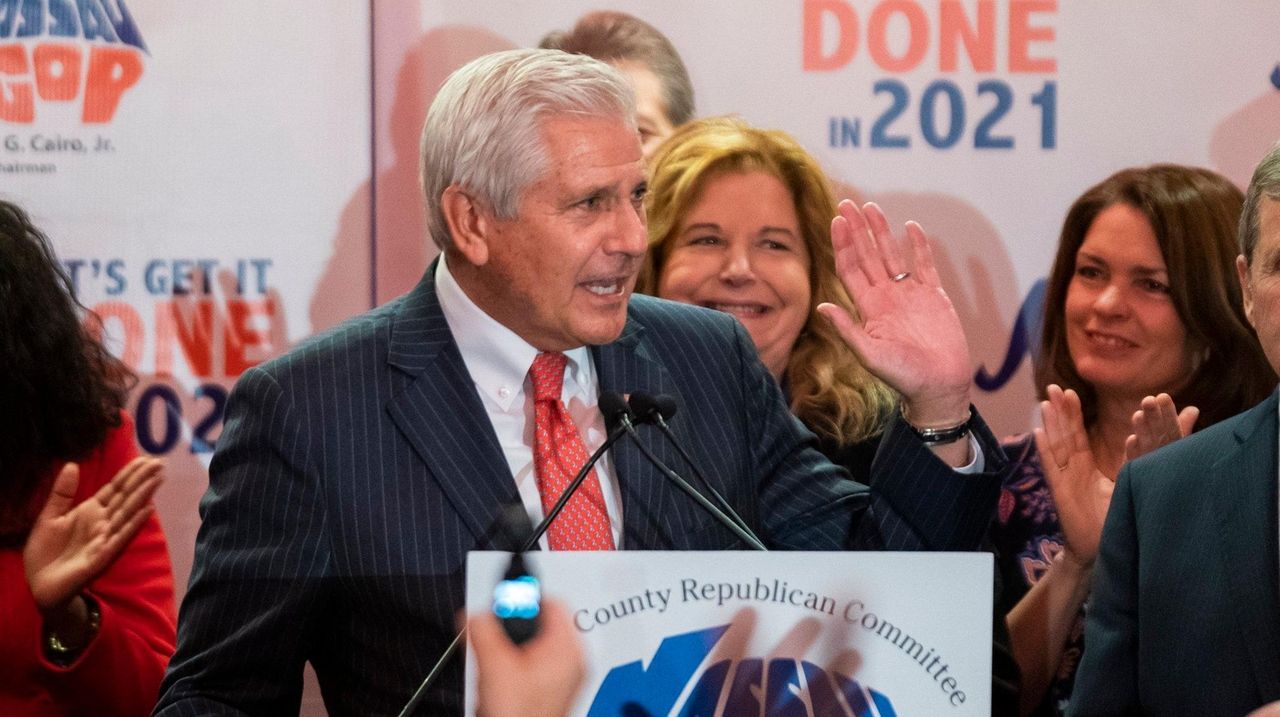 "I’m not going to wait to take office to get to work," Blakeman told Newsday in an interview. "I’m going to put together a team and fix the broken reassessment system and make proposals to further cut fees and taxes and restore law and order on Nassau County streets."

In a conversation with reporters, Blakeman said, "I want to congratulate Laura Curran on her service to the county and now it’s time to govern and keep our promises to fix the broken assessment system."

In a statement early Wednesday, Curran noted there were "many thousands of absentee ballots that still must be counted — with more coming in. This is not over and we must trust the process."

Curran continued: "Every Nassau resident who participated in this election is owed the opportunity to have their voice heard. I have faith in Nassau County and the good work we have accomplished over the last four years. The residents of Nassau have taught a master class in resilience, and I have plenty in reserve."

Curran, 53, is seeking a second term against Blakeman, 66, of Atlantic Beach, a Hempstead Town Council member.

Republicans voted in higher numbers than Democrats across Nassau on Tuesday, according to tallies by the elections board.

Of the 223,147 voters who turned out Tuesday, 96,787 were registered Republicans, 76,385 were Democrats and 39,208 were not enrolled in either party, according to Board of Elections’ Democratic commissioner James Scheuerman.

As of Monday, the Nassau Board of Elections had received 19,895 absentee ballots out of 38,348 requested.

Of the absentee ballots that had been returned, 11,341 were from registered Democrats, 5,575 were from Republicans and 2,407 were from voters with no party affiliation.

Absentee ballots postmarked no later than Tuesday can continue to arrive by mail to the counties.

The Nassau County executive's race was the top contest among dozens of town, city and county government and judicial elections Tuesday.

In addition to town contests, district attorney seats were up in both Nassau and Suffolk counties, as were contests for Suffolk sheriff and Nassau clerk and comptroller.

Curran is a former Baldwin school board member and Nassau County legislator who was elected county executive in 2017.

Blakeman served as Hempstead deputy town supervisor under former Democratic Supervisor Laura Gillen. He also served as a commissioner of the Port Authority of New York and New Jersey.

Curran’s program to reassess more than 385,000 residential properties, beginning with the 2020-21 tax year, was a key issue in the county executive's race.

It was the first update in property values since the 2011, when then-County Executive Edward Mangano, a Republican, froze tax rolls as he tried to determine how often homes should be assessed. The freeze lasted for eight tax years.

Blakeman said the county produced a flawed roll and caused taxes to rise for many homeowners.

She oversaw efforts to revitalize the Hub, the 72-acre property surrounding Nassau Coliseum in Uniondale.

And she implemented a program to send $375 checks to many county homeowners using $100 million federal pandemic aid.

"Those are always big issue here in the suburbs," he said.

Citing the mood in the first year of Democratic President Barack Obama's first term, Jacobs called the current electoral trends "reminiscent of what happened in '09."

Democrat Jack Schnirman did not seek a second term.

With John Asbury and Matthew Chayes