William Willet is applauded by supporters in March 2000 after being nominated for Nassau police commissioner.   Credit: Newsday/Michael E. Ach

County legislators on Monday unanimously approved a bill to rename the building after Willett, who rose in the ranks from patrolman to commissioner during his nearly 50 years on the Nassau County police force.

Willett, of Westbury, who died in 2002 at age 71, won praise for his professionalism and dedication to law enforcement from Republicans and Democrats. Republicans, who hold an 11-8 majority on the county legislature, introduced the bill to rename police headquarters after Willett in July.

Presiding Officer Richard Nicolello (R-New Hyde Park) recalled working with Willett early in his career as a county legislator. Nicolello called Willett "one of the finest police commissioners Nassau County has ever had — a true professional and trailblazer."

Nassau County Executive Laura Curran, a Democrat, supported the renaming and said she will sign the bill.

Curran praised Willett for his management style and commitment to community policing, which allocates officers to particular areas so they can get to know local communities.

Willett had "a reputation for fairness and compassion — leaving behind a rich legacy forged in strong community ties and proactive partnerships with residents to identify and solve problems," Curran said.

Willett, who was born in Glen Cove, joined the Nassau police department in 1953 as a beat cop patrolling Garden City Park. He was one of 15 Blacks in the department at the time. Before joining the county police force, he had served for four years in the Navy in the Korean War.

In 1981, he was named deputy chief of patrol and later became an inspector and first deputy commissioner. In 2000, then-County Executive Thomas Gulotta named Willett as police commissioner, which made him the first Black person ever to hold that position on Long Island. Willett served as police commissioner until retiring in 2002.

He died later in 2002 at the age of 71 after a short battle with lung cancer.

Willett's son, Blake, 62, a retired MTA detective who lives in Orlando, Florida, said the honor meant a great deal to his family.

"He put his whole life into that job. In the years he was there he saw so much," Blake Willett said. "It's incredible because it's not just a Nassau County building but it's a police building. ... He did make a difference and he will continue to make a difference."

Nassau County Commissioner of Police Patrick Ryder said Willett, "truly cared for his officers and our residents which is one of the attributes that I have emulated throughout my career."

Minority Leader Legis. Kevan Abrahams (D-Freeport) said the Democratic caucus looks "forward to formally enshrining this trailblazing figure’s name and legacy in the public square and celebrating the accomplishments that make him so worthy of this high honor."

Also Monday, dozens of people appeared outside the county legislature building to protest a plan to turn a converted Jericho hotel into a shelter for homeless families. 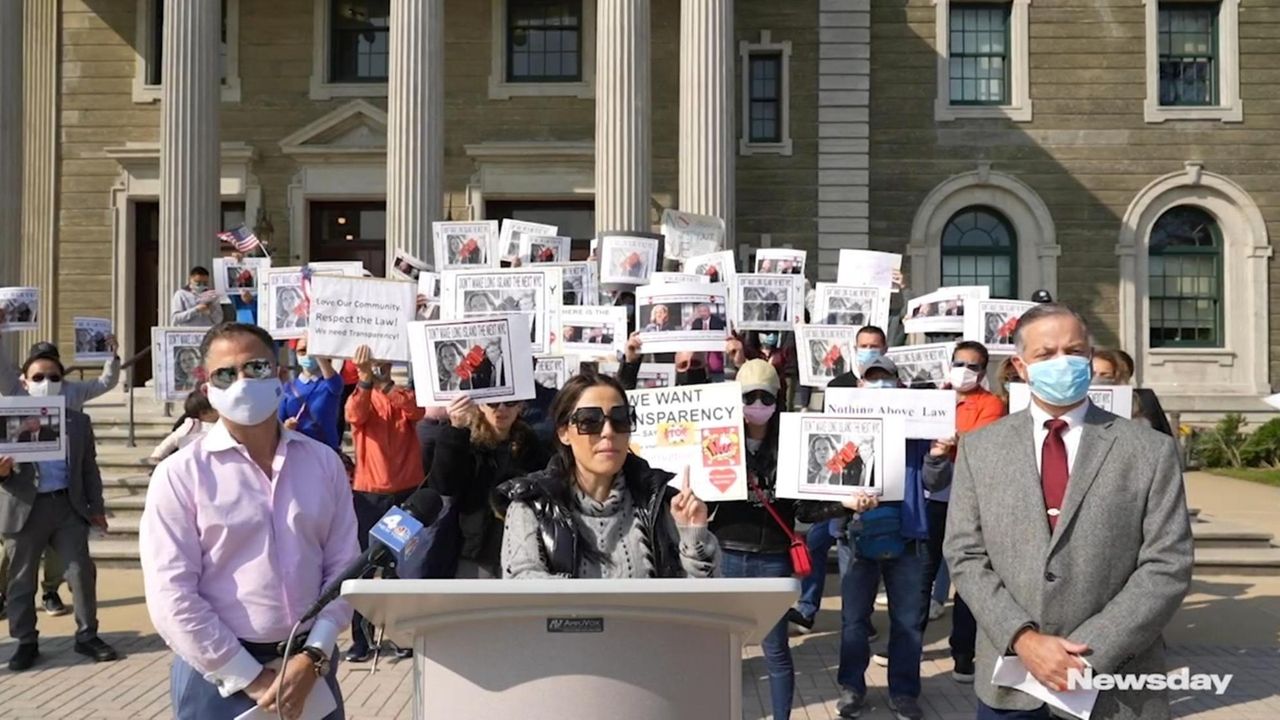 Opponents say the effort to complete the project has lacked transparency.

County officials say plans for the Jericho shelter align with the county's obligation to provide shelter beds and other services to the homeless.