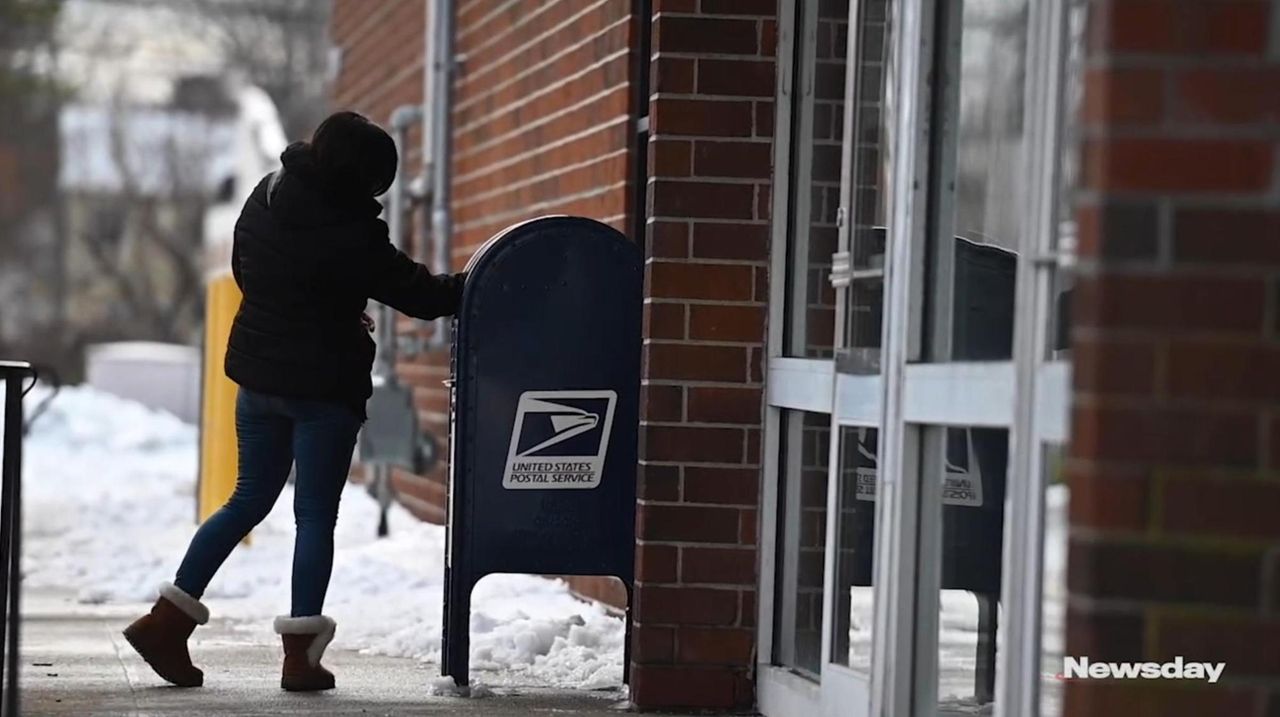 A "historic" surge of online orders spurred by the COVID-19 pandemic, combined with nationwide staffing shortages and a major East Coast snowstorm, have caused the delay of many packages that may not reach their intended destination before the holidays, according to the U.S. Postal Service.

And with the days ticking down before Christmas, many on Long Island and beyond are taking to social media to complain about missed delivery dates, lost or misplaced packages — even medication seemingly stalled in transit.

Marisa Niemczyk of Shirley runs The Hippie Hummingbird, an online business selling vintage clothing and homemade crafts. Since early December, she has experienced delays in receiving supplies while many of her orders are running weeks behind schedule, even for customers paying expedited shipping costs, she said.

"It's doubled or even tripled my time to complete a project," said Niemczyk, who was forced to tell her customers that she could not guarantee delivery by Christmas, even locally, for orders placed after Dec. 8. "So it's definitely putting a damper on my sales."

Niemczyk fears that disappointed clients could vent their frustrations online, putting a permanent hurt on her business.

The Postal Service this week acknowledged that a "historic record of holiday volume, compounded by a temporary employee shortage due to the COVID-19 surge, and capacity challenges with airlifts and trucking for moving this historic volume of mail, are leading to temporary delays."

Frank Calabrese, USPS' Long Island district manager, said carriers are doing their best to move packages out as quickly as they come in.

"We are working very hard and doing the best we can to help the customers," said Calabrese, who hired an additional 500 people to work at Long Island's three mail processing facilities. "We want to do the right thing for our customers and we understand their frustration when packages are not moving through the system."

Tom D'Angelo, owner of Franklin Square Pharmacy and the president of the Pharmacists Society of the State of New York, said he has no doubt that USPS' delivery problems are also taking a toll on mail-order prescriptions.

"It's very concerning if patients are not getting their prescriptions and they have no access to them," said D'Angelo, who has not heard direct complaints from his patients or PSSNY's member pharmacists.

"For the most part, even if there are delays, you should be able to receive it prior to you running out of medications," Stefas said. If someone does run out, Stefas suggests they bring the medication bottle to a local pharmacy.

Calabrese said that at his facilities, medication takes precedence over all other packages. "As soon as that stuff comes in, we move it out," he said.

Delays are also being felt by private carriers.

"This has created shipping volumes that are taxing logistics networks nationwide, which may cause delays," the company said in a statement, adding that this week's winter storm had caused additional service disruptions across the Northeast.

UPS said its delivery network was running "smoothly" after bringing on 100,000 seasonal employees to assist with the holiday rush.

ShipMatrix, a software company that analyzes shipping data, said the Postal Service is being severely challenged by excessive volume, amounting to about 6 million packages per day being dropped into its network because of restrictions on large-volume shippers by FedEx and UPS.

From Sunday to Thursday, UPS' on-time delivery percentage was 94.9%, FedEx was at 92.1% and the Postal Service was 86.1% — each down from weeks earlier, said Satish Jindel, president of ShipMatrix.

"With unprecedented surge in online orders that far exceeds the capacity of all parcel delivery companies this holiday season, consumers who have not yet ordered their gifts online should just [go] to their local mall or store and buy it there," Jindel said.

Many major retailers, including Victoria's Secret, Bloomingdale's and Dick's Sporting Goods, are telling customers items must be ordered by this weekend to arrive by Christmas, while that deadline already passed for those ordering online from Dell, Lowe's and Sam's Club.

David Prevete of Shirley, who owns Insomnia Creations, a crafts and jewelry company, said he's also feeling the crunch of getting orders out in time for the holidays.

"Between ordering supplies and mailing supplies, it's been a nightmare," Prevete said outside the Shirley post office.

With Chelsea Irizarry and David Olson