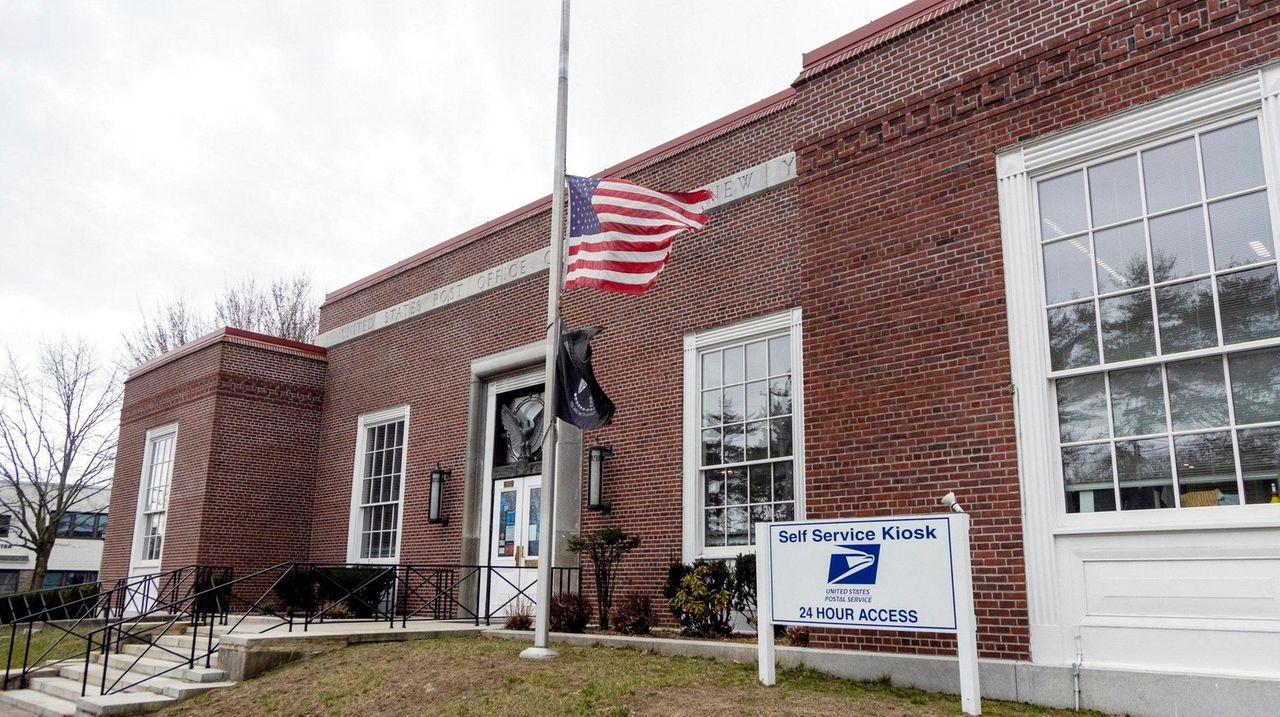 Shari Ryan’s bills, medicine and even clothing arrive later at her Freeport home than before the pandemic.

And don’t even get her started about delayed delivery at her office.

"So delayed. I had stuff that was backed up for six to eight weeks," said Ryan, who is 61 and works for a museum.

It’s happening across both Long Island and the nation, according to the latest available statistics from the United States Postal Service. Nearly every category of postal mail — first class, packages, periodicals — is taking longer to get to Long Island’s approximately 215 ZIP code destinations than before the pandemic, according to Postal Service statistics, ending March 31.

In 2020, single-piece mail sent first class arrived in two days 91.6% of the time on Long Island. For the latest 2021 statistics available, it was 83.8% of the time. According to a report by the Postal Service’s Office of Inspector General, the target is 87.8%.

USPS spokesperson Amy Gibbs attributed the problems in part to more packages mailed during the pandemic, employee absences due to the virus, and related logistical "challenges."

"We were grappling with symptoms of the pandemic during this outlier year," she said, and added: "The pandemic created waves of systemic variances. It’s not just what gets delivered to your door. It’s all the way back to, is this truck available at the beginning of the mailing process?"

"I think that there’s no question that the service cuts have had some bad impacts on mail service that people rely upon for everything from medication to checks to personal mail," Suozzi told Newsday. "And this is not just opinion, it’s manifested in the statistics."

Said Zeldin: "As we get to this stage of reopening our economy and returning to our normal way of life, hopefully that means the Postal Service being able to increase the percentage of mail that gets delivered on time." He added: "It needs to adjust to changing times and be strong with regards to all the different ways that people are getting medicine, ordering clothes, receiving letters from loved ones, sending care packages to family and friends who are in need."

The slower service can be traced to a shift in postal priorities initiated by President Donald Trump’s appointee to head the Postal Service, Postmaster General Louis DeJoy, said Richard R. John, a professor of history and communications at Columbia University who has studied the post office.

That shift, John said, is toward parcel delivery, a growing market, and away from first-class mail — a priority since the Civil War, but used less and less due to technology that facilitates billing and transactions online.

On the other hand, he said, people still rely on the mail, especially those who need medicine and have no other delivery options, plus for Social Security checks, what’s sent and received by small businesses, and other necessities.

Postal operations became particularly important, John said, during the past presidential election amid the ongoing pandemic: "That’s something you don’t measure in dollars and cents — the value of a network that connects all Americans at a time of great national importance. So the post office has a civic as well as a business function."

In a recent briefing, DeJoy, a 1975 graduate of Islip High School, said his plan "takes a holistic view of the organization and is meant to elevate our business, competitiveness, and our ability to meet the needs of the nation."

Gibbs said in an email that national statistics showed that delivery performance was improving.

She cited initial, nationwide data covering July 1 through July 9 showing improvements in first-class mail, marketing and periodicals, but she said specifics for Long Island were not available. Gibbs added that the Postal Service had a 10-year plan called "Delivering for America" that "seeks to meet or exceed its goal of 95 percent on time service performance against delivery standards across all mail and shipping product classes."

Matthew Titolo, a professor at West Virginia University College of Law who has written about the post office, said by email: "Whether and when that can be achieved is an open question."

The service decline is noticeable on Long Island.

Enrique Gambra, 58, of Suffolk County, a civil engineer, said greeting cards used to take two or three days. Now: "You send a card to a friend or whatever and it takes like a week to get to the person."

And bills don’t get credited as paid on time, even when sent duly in — triggering late fees.

"My wife complains about it," he said, adding: "It makes a difference when she’s gotta do the bills."

He lamented that it’s a 50-50 shot whether the biller waived the fee when he explained the circumstances.

Under the Postal Service transformation, even as service is slower, the price of postage is set to rise beginning August 29 — anywhere from 7% to 9%, depending on the category of mail. That’s in addition to rate increases at the start of 2021, noted Art Sackler, executive director of the Coalition for a 21st Century Postal Service, a lobbying group that represents commercial mailers big and small.

"You’re getting higher prices and reduced service for the same product," Sackler said, giving as an example a first-class stamp set to rise to 58 cents, from 55 cents.

"We need our mail. It’s ridiculous to say it doesn’t matter. If you’re in business, and people mail you things, you have to hold out hope that you get it."

Sharon Williams and her husband, Mike, say they haven’t noticed anything amiss with the mail.

Not that the couple, living in Freeport, relies much on mail service anymore anyway.

Sharon Williams said the family handled chores online that once upon a time used to be done via snail mail. Sure, packages arrive on time — but those tend to be delivered by Amazon’s own fleet, anyway, she said.

Not even greeting cards?

"Everybody emails and texts," said Sharon Williams, 48, a paralegal, adding: "I haven’t sent a Christmas card in I don’t know how many years."