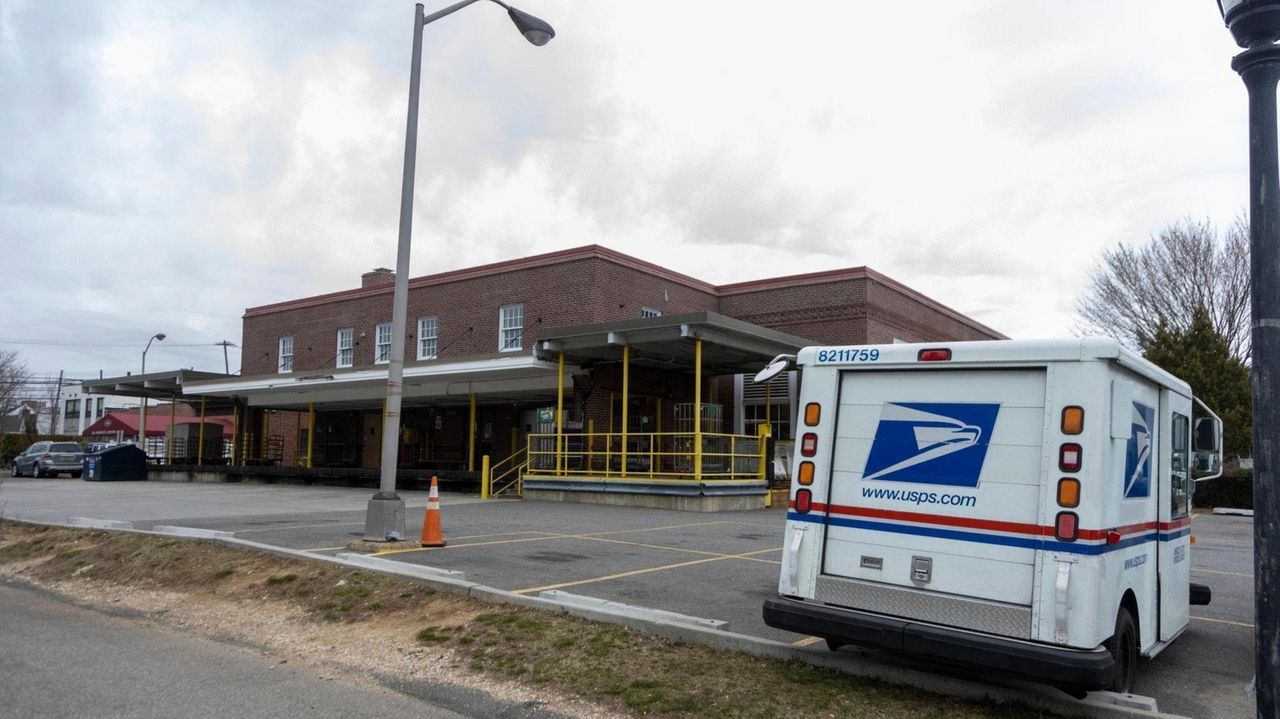 Long Islanders reacted Wednesday to news of the U.S. Postal Service's massive reorganization, in an effort of a 10 year plan to cut costs. Newsday's Chelsea Irizarry has the story.  Credit: Howard Schnapp

Long Islanders offered mixed reactions Wednesday to the U.S. Postal Service's massive reorganization, with some saying they would spend more to send a package or buy a stamp but indicating plans to slow delivery and shutter underused facilities should be scrapped.

The "Delivering for America" plan, unveiled Tuesday, would allow the Postal Service to reverse decades of billion-dollar revenue losses while continuing to maintain six and seven day per week delivery service, according to Postmaster General Louis DeJoy.

But elements of the cost-saving plan remain controversial, including slowing nonlocal first-class mail from a minimum of three days to a maximum of five days, consolidating or closing "underutilized" processing centers and post offices and trimming hours at "low traffic" facilities.

"The mail takes long enough as it is," said Darlene Davis of Hempstead as she left the Garden City post office on Franklin Avenue. "I don't mind the pricing going up a little bit but as far as the hours being cut, I don't agree with that. It would cause an imposition for the neighborhood."

Over the 2020 holiday season, on-time delivery performance reached its worst levels in years, with 71% of two-day mail arriving on time and just 38% for three-day mail. Those scores have since rebounded to nearly 84%.

Agency leaders said more than two-thirds of first class mail would still be delivered within one to three days under the new plan.

Peter Kanakaris of Garden City uses the post office nearly every day to share his writing and communicate with friends. He supports elements of the plan but is distrustful of DeJoy, an appointee of former President Donald Trump whose changes last summer resulted in widespread mail delays that continued through the presidential election.

"We need the post office," Kanakaris said. "We depend on it. And if it's going to cost extra money to run it I am for it because we need it. It's money well spent. But I'm concerned who they appoint to head the post office. Not all of them have the best interests of the public."

Postal Service officials said the organization recorded $87 billion in financial losses over the past 14 years, including $9.2 billion in 2020. The agency is carrying $188 billion in liabilities and without major changes expects to lose $160 billion over the next decade.

"We have failed to meet service performance for many years," DeJoy said in a video announcing the plan. "To be blunt, we are not structured properly and we have fallen out of step with the marketplace we serve. And all of our customers deserve better."

The proposal, which was eight months in the planning, would cut retail post office hours at some facilities, shutter dozens of underused plants, reduce extra transportation trips and cut overall work hours.

Peter Furgiuele, president of the American Postal Workers Union Local 3251, said cutting retail hours "is completely asinine, bordering on idiotic. … It's like a death spiral almost where you're going to limit the amount of money coming in over the retail window."

As part of $40 billion in capital improvements over the next 10 years, USPS would purchase new facility space, upgrade some retail locations, procure new sorting equipment and replace its aging fleet of vehicles, including with more electric cars.

To generate additional revenue, postage rates and other services are expected to increase while USPS plans to offer new services making it easier for local businesses to send packages.

While Democratic leaders in Congress decried some proposals as "draconian," there appears to be bipartisan support for legislative changes that would eliminate the Postal Service's requirement to pre-fund health benefits for future retirees while integrating former employees with Medicare. The provisions, officials said, could save the agency $58 billion.

"For our customers in the Long Island area as well as across the country, our 'Delivering for America' plan establishes clear strategies to quickly achieve financial sustainability and service excellence," said Amy Gibbs, a USPS spokeswoman.

Bridget Wilson of Hempstead said the post office is a key component in operating her bakery business.

Even with COVID on the brain, 'You have to respect the flu,' doctor says
Cops: Driver seriously hurt in Eastport crash
Threat prompts stepped up security at Hicksville schools, official says
Smaller Huntington eateries could serve alcohol if town approves code change
Get ready for green: Lindenhurst plans first St. Patrick's Day parade
1:54
LI's COVID-19 positivity rate at 6.04%, highest in nearly a year
Didn’t find what you were looking for?