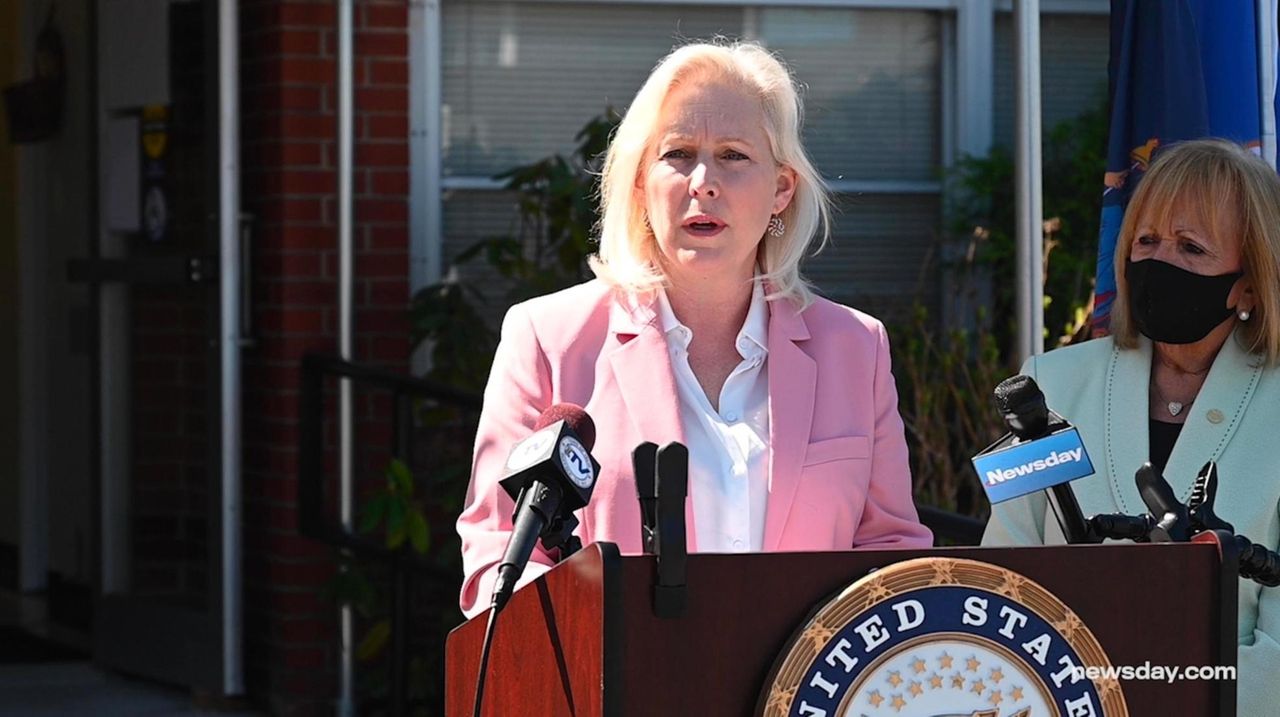 During an appearance at West Islip Senior Center with Islip Town Supervisor Angie Carpenter, Gillibrand (D-N.Y.) said too many New Yorkers faced "impossible" choices over whether to pay their rents and mortgages or purchase prescription drugs.

Gillibrand is introducing a package of bills that she said would level the playing field for seniors and others burdened by high health care costs.

"The cost of prescription drugs is a huge issue for Long Island," Gillibrand said. "Americans pay the highest prices in the world for prescription drugs, by far. Now one year into this pandemic, millions of people have lost their jobs and insurance … making it even harder for them to afford basic medications for them to stay alive and stay well."

One of the bills, the Prescription Drug Price Relief Act, would link prescription drug prices to cheaper prices in Canada, the United Kingdom, Germany, Japan and France, Gillibrand said. She said a Congressional Budget Office estimate said the bill would save the federal government $456 billion over 10 years, adding that some of those savings could be applied to infrastructure upgrades.

The other bills would authorize the federal secretary of Health and Human Services to negotiate lower drug prices for Medicare Part D customers and allow patients and pharmacists to import cheaper drugs from other countries.

Carpenter, a Republican, said the measures would help Long Islanders struggling to pay their bills.

"When one in four Americans can’t afford their medicine, when three out of 10 adults say they haven’t taken their medication as prescribed in the past year because they can’t afford their medication, and when approximately 19 million people say they or someone in their household has imported their drugs from another country to get a better price, we know something’s wrong, and thank goodness the senator is helping to address that," Carpenter said.

Gillibrand cited conversations she'd had with seniors, veterans and others struggling to afford medication. She recounted meeting a person who paid $200,000 annually for treatment of multiple myeloma, a cancer that affects white blood cells.