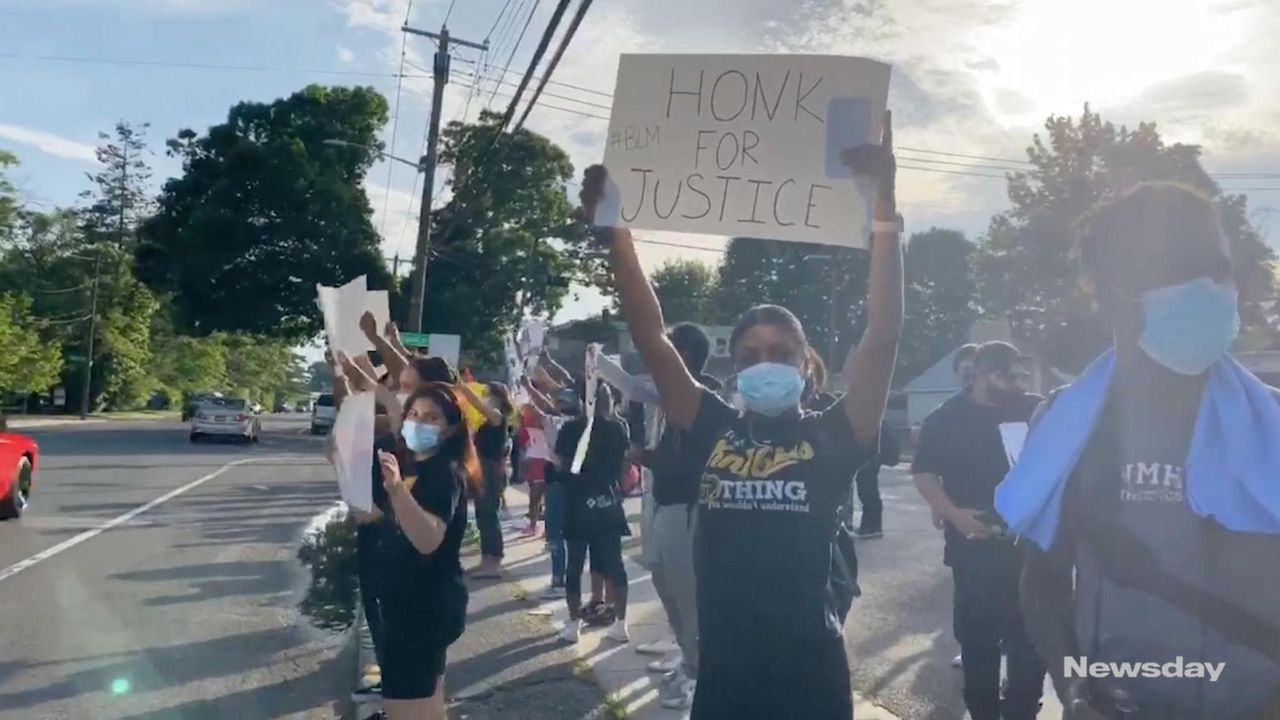 Scholars of the nation's political and racial history — while drawing parallels between today's protests against the death of George Floyd and demonstrations of the 1960s — sense a shift that could bring transformational change to policing.

Civil rights organizations including the NAACP, the Urban League, millennials and others said the protests must go beyond the streets and move toward reform in police policies and interactions. They also hope the nationwide protests spark policy changes in housing, education, and health and employment — areas in which African Americans in particular are negatively affected.

"We’re seeing the largest, what should be considered pro-democracy demonstration in half a century," said Khalil Gibran Muhammad, a professor of history, race and public policy at the Harvard Kennedy School. "At the end of the day, when the state gets to kill its citizens with impunity, that is not democracy. Under no circumstances should George Floyd have been killed."

Floyd, an unarmed black man, died on Memorial Day after a white Minneapolis police officer, Derek Chauvin, bore his knee down on the 46-year-old man's neck for 8 minutes and 46 seconds, as shown by a bystander's video, while handcuffed and pinned to the pavement. He repeatedly told officers he couldn't breathe.

Chauvin and three other officers were fired and since have been charged.

Floyd's death follows other unarmed black men being killed by police in recent years — Eric Garner on Staten Island and Michael Brown in Ferguson, Missouri, both in 2014 — that also led to protests, and led to the birth of the Black Lives Matter movement. Additionally in March, a black woman, Breonna Taylor, was killed by police in Louisville, Kentucky, during a no-knock raid in her apartment.

Protests have been scattered throughout Long Island over the past week, with more planned in the coming days.

"Peaceful protesting has historically led to substantive change," said Tracey A. Edwards, Long Island regional director of the NAACP. "And I believe that this will also have the same effect, if we focus on policy and reforms. As an example, [Thursday] morning I called on all of our state senators to do five things."

"We need action and we need support from our Long Island senators, and we need it now," Edwards said.

Shanequa Levin, founder and chief executive of the Long Island advocacy group Women's Diversity Network, said she is pleased to see so many people protesting.

"Advocates for police reform have been advocating this for a while and haven’t gotten that far. Now maybe this will elevate things," said Levin, who founded her group in 2017.

"For way too long, people have been silent. They’ve been compliant ... finally, people are seeing what we’re saying is true. They’re standing up for black lives. I’m 40 years old, and this is the first time I’m seeing so many white people stand up for black people."

Muhammad, the former executive director of the Schomburg Center for Research in Black Culture in Harlem, recalled the "mass demonstrations" from 1968, "when white and black students came together ... that were fundamentally challenging racism and imperialism, challenging the [Vietnam] war and war profiteering. We haven’t seen anything like that since — until now."

Peniel E. Joseph, who holds the Barbara Jordan Chair in Ethics and Political Values at the University of Texas at Austin, had a similar view, calling the protests a "mass uprising" similar to the '60s.

"What we’re seeing right now is an ongoing peaceful political protest and national political rebellion, not only on the criminal justice system and deep-seated inequities that we saw in COVID-19, [where] black people disproportionately died. It showcased and highlighted the vulnerability black people face in a stratified society," said Joseph, who is the university's founding director of the Center for the Study of Race and Democracy.

Joseph, who grew up in South Jamaica, Queens, and Brooklyn, said with today's protests, "I think we have a generational opportunity to eradicate racism, institutional racism policies."

Daniel Lloyd, president and co-founder of the nonprofit Minority Millennials, a 3-year-old group that aims to advance policy change, said his organization has a core of 75 members but a wider reach in its networking forums and workforce development programs. The group also is involved in organizing peaceful protests on Long Island.

“I think you’re seeing the old guard of racism fighting to stay alive, and we’re not allowing it anymore,” Lloyd said. “Millennials, young people, are starting to become the majority of the population. The mindset is different for younger people. Millennials are the most diverse generation in American history, and our values are more empathetic to different cultures. We embrace multiculturalism.”

The diversity in age and ethnicities of the protesters struck many as a particularly positive development.

“Absolutely, I was excited and thrilled and I felt more peaceful that there are more diverse people that are paying attention to what’s happening,” said Theresa Sanders, president and chief executive of the Urban League of Long Island. “That’s going to lead to a different level of conversation when we’re talking about how to solve the problem."

V. Elaine Gross, president of ERASE Racism, based in Syosset, said the protests are “a turning point ... there is a stronger presence of people who want to understand the underlying issues."

Martine Hackett, a public health professor at Hofstra University, said she feels more optimistic today than she has in the past, noting that for years talking about structural racism’s impacts on black Long Islanders “felt like you were putting yourself out on a limb. It felt dangerous. I got pushback for some of the things I would say." Now, that conversation has become more “normalized,” she said. “The information hasn’t changed, but the context has changed."

But not all communities have taken to the protests. A small group of Merrick residents pushed back, leading to larger protest gatherings in the community.

On Tuesday night, about 50 to 60 mostly young people, the vast majority of whom were white, were holding Black Lives Matter signs and chanting Floyd's and Taylor's names. They stood on the sidewalk of Merrick Road outside Trader Joe's, which was closed, and were observed by more than 20 Nassau County police officers.

After about an hour and a half, they wanted to march east down Merrick Road. Half a block away, a group of about 20 white residents had gathered at the intersection of Chernucha Avenue and Merrick Road. Police were there, too. Many didn't want the protesters to march. But other observers across the street supported the marchers, chanting, "Let them march."

When police let the protesters march, separating them from the residents who resisted — one man yelled at officers, saying, "Disgraceful. You guys let us down." Another woman, in anguished tones, said to police, "Why did you let it go on?" Others complained to police that their taxes paid for the officers' salaries.

Lloyd said he was sickened by the reaction in Merrick on Tuesday, which was filmed by the news media and trended nationally on Twitter, attracting hundreds of thousands of views with the hashtag #Merrick. “The beautiful thing about it,” Lloyd said, “is that it’s out there. Racism isn’t able to hide anymore."

"All this energy around police reform won’t change until white people like that [in Merrick] stop demanding their taxes pay police," Muhammad said. The police, he said, are "hearing from those people as loudly and as forcefully as they hear from protesters."

Nevertheless, Muhammad said, "I am hopeful. I have some cautious optimism that the scale of these protests and official rhetoric making distinctions between peaceful protesters and looters" may bring change.

"I'm expecting those people will move into voting booths, move into institutional settings, jobs and churches and demand change, such that white people will make the change required to expect a different kind of policing," he said. "Policing has been to protect white people. So if they want to come out of this moment with a different America, they're going to have to give that up. They have to make sure policing works for everyone."