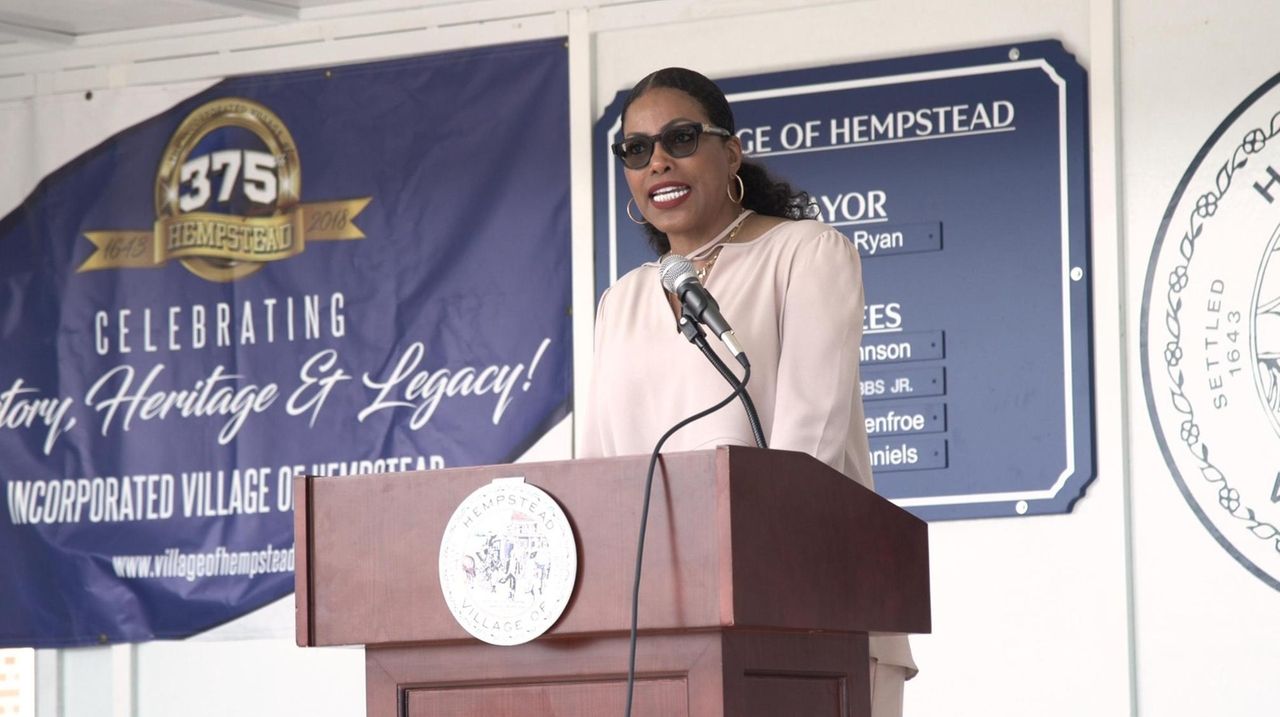 This story was reported by Daysi Calavia-Robertson and David M. Schwartz. It was written by Scott Eidler.

Protesters on Sunday opposed widespread racial injustice during a march to Freeport’s Nautical Mile and at a Juneteenth celebration in Hempstead, where the daughter of slain civil rights leader Malcolm X evoked her father’s legacy in front of a new generation of demonstrators.

Sunday’s demonstrations continued a weekslong streak of activism on Long Island and across the country, with the focus on ending police violence and systemic racism in all corners of society.

Peaceful protesters have demonstrated daily on the Island in the days and weeks after May 25, when George Floyd died in Minneapolis after a white police officer knelt on the Black man’s neck for nearly nine minutes. Activists have also drawn attention to other police-involved deaths, including Breonna Taylor in Kentucky and Ahmaud Arbery in Georgia.

At Hempstead Village’s Juneteenth celebration, Ilyasah Shabazz drew parallels between the aftermath of Floyd’s death and the protests that her father, Malcolm X, participated in during the civil rights movement.

Malcolm X was assassinated in Manhattan on Feb. 21, 1965, while delivering a speech at the Audubon Ballroom.

“We must continue to exert as much pressure as possible to change a system that is racist by design,” Shabazz, an activist, said before a crowd in the Hempstead Village Hall parking lot.

Juneteenth marks June 19, 1865, the date that Black residents of Galveston, Texas, learned they had been freed. The military decree came about two months after the end of the Civil War.

“On Juneteenth, we celebrate emancipation but systemic racism is ongoing. We see it in persistent police brutality,” Shabazz said. “The murder of George Floyd is a continuance of the dehumanization of Black lives.”

Echoing quotes of her father, she said, “The only way we get that boot off our neck is by any means necessary.” 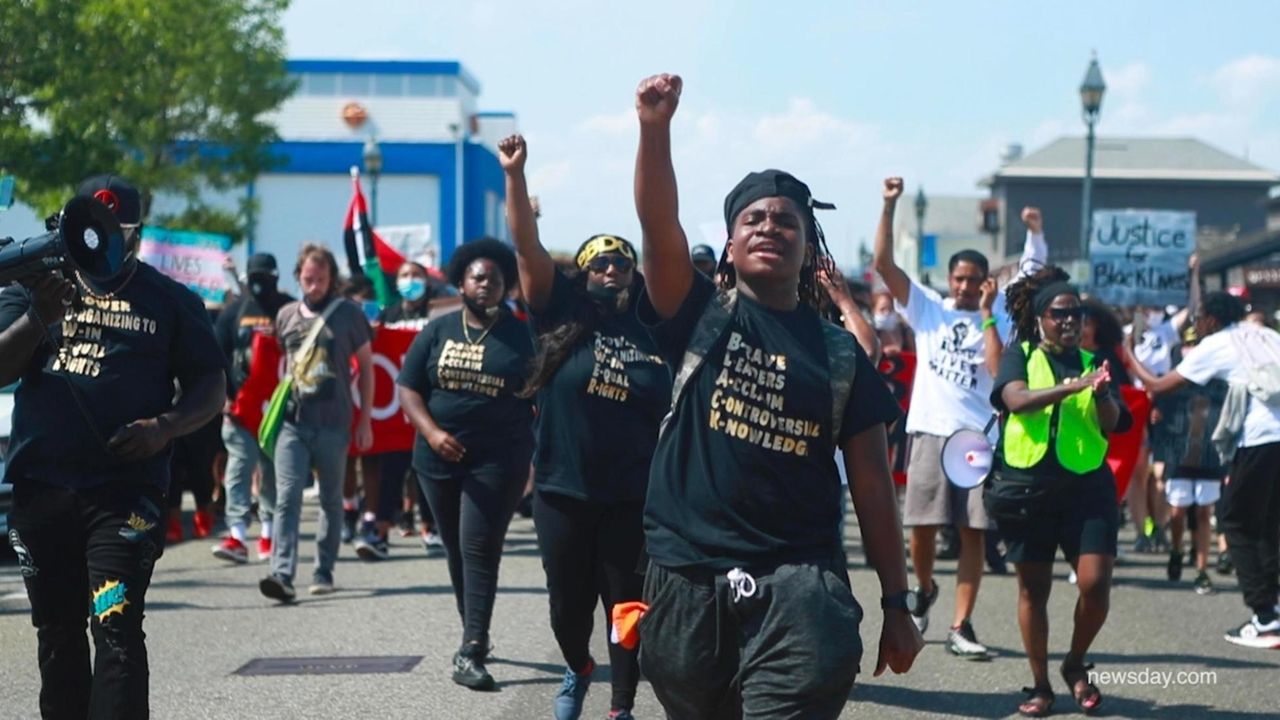 Protesters march down Nautical Mile in Freeport Protesters marched toward the Nautical Mile on Sunday, arriving outside Bracco's Clam and Oyster Bar, whose co-owner Jon Bracco had recently re-posted a tweet from President Donald Trump using the word "Thugs" to describe residents of Minneapolis protesting the death of George Floyd. Credit: Raychel Brightman

In Freeport, about 200 protesters marched from the Long Island Rail Road train station to the Nautical Mile. A group of protesters carried a red, white and black banner that read “Stop the War on Black America.”

“I burned my arm cooking the other day,” she said. “That doesn’t mean I’m going to stop cooking. When we get tired, we fight harder!”

The crowd reacted by repeating her words, shouting in unison: “When we get tired, we fight harder!”

Skylar Bader, 36, of West Hempstead, with her young daughters in tow, said she has gone to about 10 Long Island protests calling for an end to police brutality against people of color in her community, and elsewhere.

“Being here today is one of my tools to pass my values on to my girls. It’s through my actions that they’ll learn,” she said.

At various points, the protesters engaged with counterprotesters and those who did not support their message.

﻿Some people whose cars were blocked by marchers stepped out of their vehicles to yell “All Lives Matter!” at the crowd.

One woman wearing a shirt that read “I’m black and I’m proud,” turned to the drivers and screamed at them to “shut up!” as marchers continued their walk toward the Mile.

At one point, the group stopped in front of Bracco’s — a Nautical Mile restaurant whose owner was criticized for reposting President Donald Trump’s tweet in which he used the word “thugs” to describe Minneapolis residents protesting the death of George Floyd, as well as other posts.

Jon Bracco, the co-owner who had reposted the tweet, eventually apologized. Michael and Robbie Bracco, his brothers and the current co-owners of Bracco’s, spoke with the event’s young organizers and apologized for their brother’s actions. They said he was no longer with the company.

The men addressed the crowd, and invited them to the restaurant for follow-up questions. “Your message is really important and we’re ready to listen to what you have to say.”