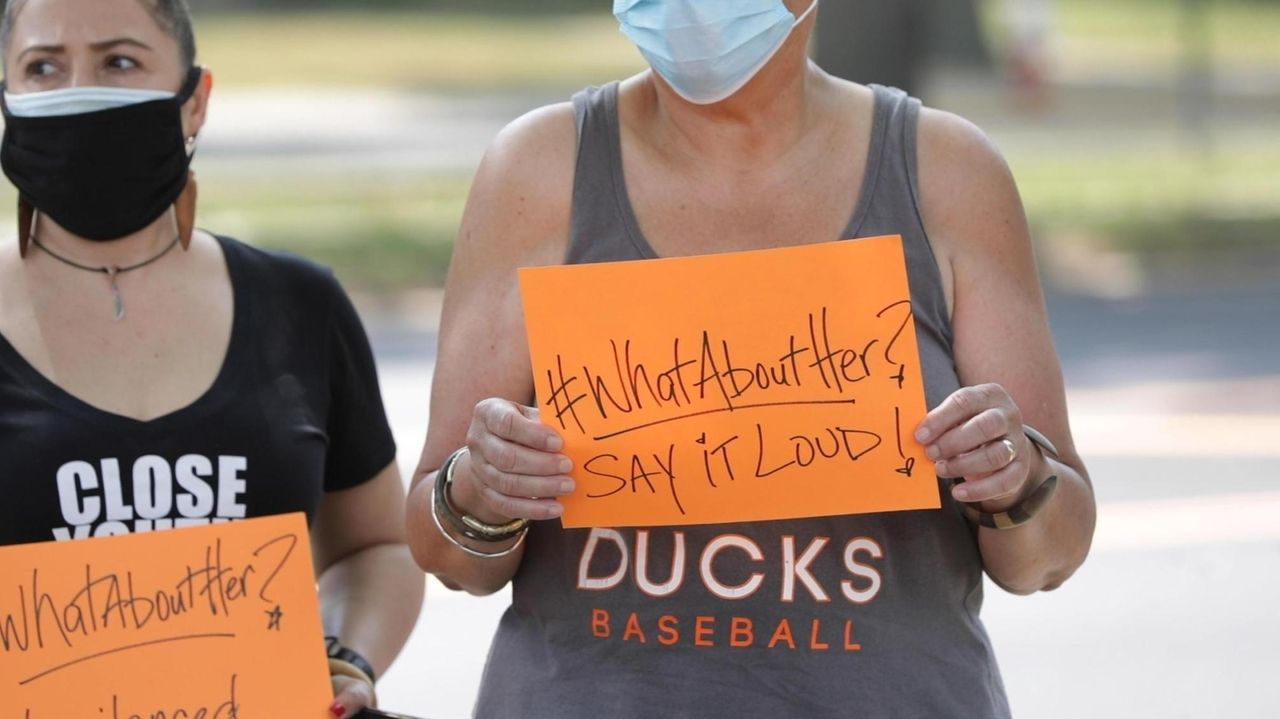 The rally was organized by the Brentwood-based group New Hour for Women and Children, which focuses on incarcerated and affected women and children. Credit: Newsday / Jeffrey Basinger

Former inmates and advocates for prison and jail reform held a rally at the Nassau County jail Friday for a “What About Her?” rally to spotlight violence against cisgender and transgender female inmates.

Rain, however, prompted organizers of a separate event to cancel a Black Lives Matter demonstration in Freeport Friday afternoon.

Before the weather turned inclement on Long Island, about 20 people gathered outside the jail in East Meadow chanting “what about her? she can’t breathe” and “we won’t go, we won't bend, women murdered, not just men.”

The rally was organized by the Brentwood-based New Hour for Women and Children organization, which focuses on incarcerated and affected women and children. 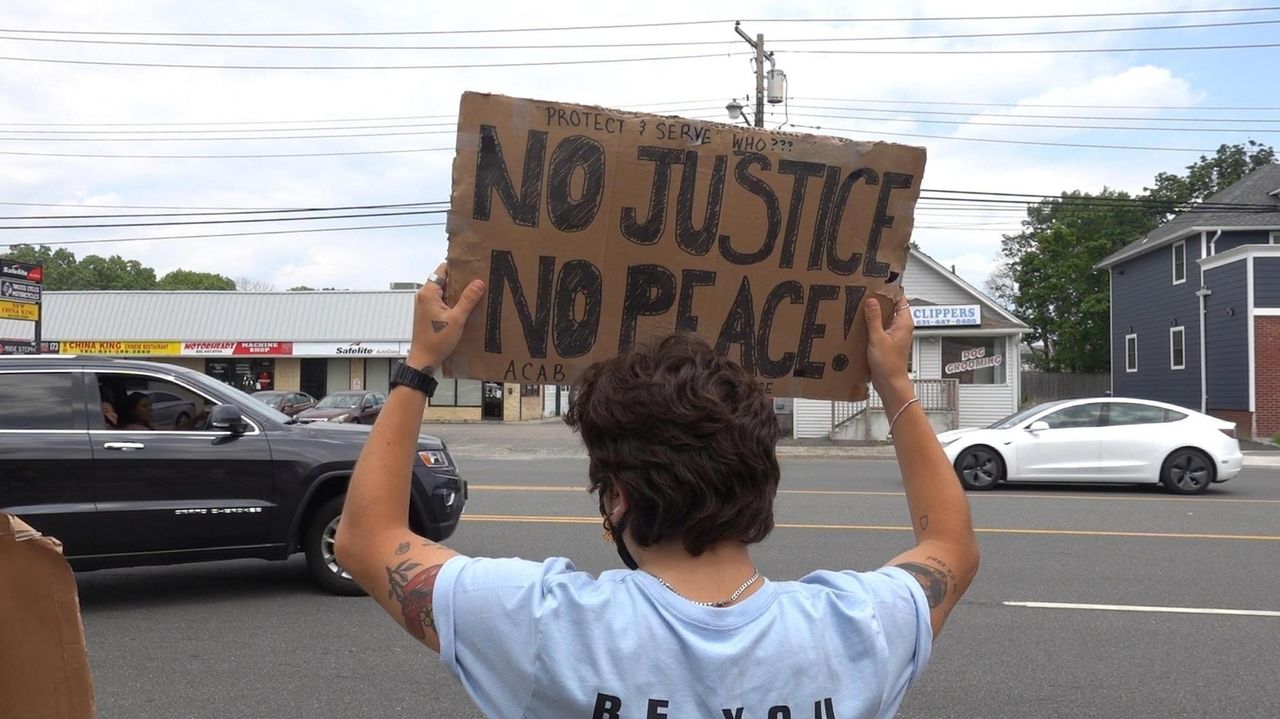 New Hour director Serena Ligouri, who said she was groped while in prison, says treatment of women by police and in custody has been overlooked during the latest civil rights movement sparked by the death of George Floyd. Floyd's May death drew international outrage when his final moments alive were captured on video showing a Minneapolis police officer kneeling on his neck for nearly nine minutes.

“Our community was outraged at what happened to George Floyd, but it’s time to think of the many transgender women and Black women and other women who died or were harmed in police custody,” Ligouri said. “Women survive the same trauma in jail as they do in society. While they are patted down, undressed, it can be humiliating and lead to assault, groping and rape by prison and corrections officers.”

Activists pointed to the 2017 death of Nassau County inmate Elizabeth Stenson, who they say was denied high blood pressure medication. Protesters also chanted the names of other inmates and victims of police violence like Breonna Taylor, who was shot eight times and killed by Louisville police during a no-knock warrant in March.

Organizers demanded better jail conditions and treatment of cisgender — referring to a person whose gender identity aligns with the sex they were assigned at birth — and transgender female inmates, including use of body cameras by correction officers.

Clarification: This article has been updated to clarify that the rally was in support of cisgender and transgender women inmates.

Judge stays release of Levy pact until at least Aug. 2
Grieving wife's dilemma: How to tell her children their dad is gone
2:10
Mayor: All NYC employees, including NYPD, must be COVID vaccinated or test weekly
Searchers: No weekend bull sightings, but he likely hasn't left the area
Jones Beach lifeguard reports being bitten by shark
Officials: 4 separate car crashes within 2 hours in North Babylon
Didn’t find what you were looking for?