Last week, Oyster Bay officials faced increased recycling costs when Winters Bros. Hauling notified the town it would suspend its contract, in which it agreed to pay the town $25 per ton of recyclable material. Instead the company proposed the town pay $65 per ton for all materials picked up. Ultimately, the company agreed to keep the contract through the end of the year.

But markets for recycled materials have been in turmoil since last July, when China announced it would ban imports of several types of plastics and mixed paper. China is a major importer of American waste, and with few buyers capable of matching China's processing capacity, recyclers have been left with stockpiles of unsold material. Winters Bros. cited the ban in contract discussions with Oyster Bay.

Waste and scrap exports to China

Scrap exports to China have declined since the ban was implemented in January and all but halted in May when China temporarily suspended pre-shipment inspections. 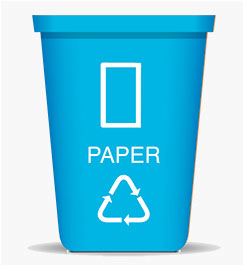 Wastepaper prices are down 44.6 percent from July 2017

While China still accepts some forms of wastepaper like corrugated cardboard, it has tightened restrictions on contamination, practically banning most of the material produced in the United States. Paper makes up about half of recyclable solid waste, according to the Environmental Protection Agency. E-commerce has led to increased demand for corrugated containers, which have flooded the U.S. recycling market since the Chinese ban. 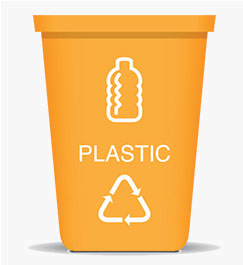 Recyclable plastics prices are down 4.3 percent from July 2017

Plastics exports have been hit the hardest by the Chinese ban, falling 14 percent even before the ban went into effect, according to the Institute of Scrap Recycling Industries. Recycled plastics were already struggling to compete with cheap virgin plastics, according to a report from consulting firm More Recycling. The costs of processing out contamination put recyclers at a disadvantage, but consumer demand for recycled material could help raise prices. 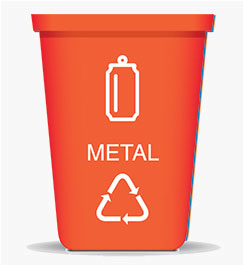 Used beverage can scrap prices are up 23.1 percent from July 2017

Soda cans emerged mostly unscathed by the import ban, which didn't target beverage can scrap. But in April, China placed a 25 percent tariff on aluminum and 127 other U.S. exports, retaliating against tariffs imposed by the Trump administration.