Some Catholics favor the Latin Mass. Why the Pope is trying to limit it.

The priest celebrating a Sunday Mass at St. Matthew Roman Catholic Church spoke not in a familiar, modern language, but in ancient Latin, as once had happened for centuries.

"Dominus vobiscum," intoned the Rev. Robert Hewes, pastor of the Dix Hills parish, meaning "The Lord be with you."

Many in the pews were young adults, their presence reflecting a resurgence in a form of liturgy the Church abandoned in the 1960s.

Their choice of worship has put them at odds with Pope Francis and has required Bishop John Barres, steward of Long Island's Catholic diocese, to reckon with a papal directive issued in July that limited the freedom some priests have felt to celebrate what's known as the Traditional Latin Mass, attended by a small but growing percentage of Catholics in the United States. 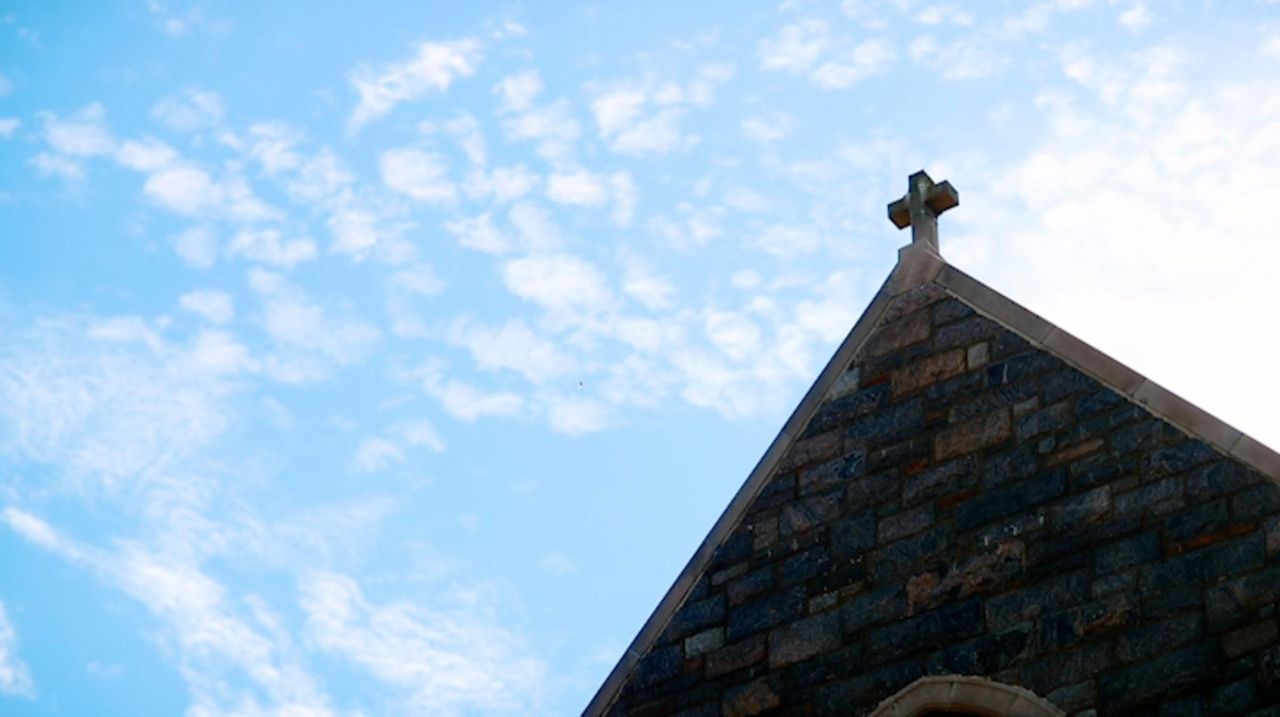 Catholics are talking about the Latin Mass. What is it? Newsday's Tom Maier speaks with the Rev. Thomas Reese, a Jesuit priest and analyst at Religion News Service, about Pope Francis' ideas regarding the Latin Mass. Credit: Newsday / Raychel Brightman

"He's nipping that in the bud and he's not going to allow those guys to continue celebrating the Traditional Mass," said the Rev. Thomas Reese, a Jesuit priest who writes for the nonprofit Religion News Service.

Like many bishops, Barres has yet to explain how he will put Francis' position into practice.

"The Diocese of Rockville Centre is working to understand and appropriately implement," the pope's directive, spokesman Sean P. Dolan wrote in a statement emailed to Newsday. "In the meantime, we will continue to provide for the needs of our faithful Catholics throughout Long Island who attend this form of the Mass."

Similarly Joseph Zwilling, spokesman of New York Archbishop Timothy Dolan, emailed that parishes offering the Latin Mass "may continue to do so for the time being, with more info to follow. Perhaps once we have reached a decision on how we will proceed, we would be better able to discuss the broader questions."

William Yap, a 41-year-old software engineer who lives in Valley Stream, regularly attends Latin Mass at the Church of St. Rocco in Glen Cove or at St. Josaphat Church in Bayside, Queens.

"I would say the diocese knows its people, and the good they bring to the diocese," Yap said in an interview. "My feeling is that the bishop would never suppress the traditional Mass."

The central act of Catholic worship, the Mass recalls the Last Supper held by Jesus Christ with his disciples before his crucifixion 2,000 years ago. The Church celebrated it in the form of the Latin Mass, also called Tridentine Mass, from the 16th century until the early 1960s.

In addition to the foreign sounds of Latin, the most visible distinction of the old Mass is that the priest conducts the service facing the altar with his back to the congregation. He speaks English only while delivering his sermon.

For the past half-century, the vast majority of Catholics have attended a ritual established in the 1960s after the Second Vatican Council. The Church evolved then to celebrate Mass in modern languages, such as English or Spanish, turned the altar so that priests faced their congregations and gave members of the laity an opportunity to assist priests in parts of the liturgy.

In 2007, amid a rekindling of interest in the Latin Mass, then-Pope Benedict XVI gave individual priests authority to celebrate the liturgy in that form. His successor, Francis, decided that Benedict's action fed divisiveness. Francis stated that he saw "a situation that preoccupies me, and persuades me of the need to intervene."

"I pray for the Holy Father because he's the first pope in our age that would do such a thing. It's an absolute detriment to turn people away from something so powerful for us all," said Nicole Martino, who lives in Huntington and spoke after attending a Latin Mass at The Church of St. Rocco in Glen Cove in September.

Catholics who worship at the Latin Mass say they find beauty, mystery, and religious intensity in the ancient liturgy.

"The Latin mass is so reverent. There is silence, there is music, there's verbal prayer. And there is just a beautiful balance of all those things," Frances Goodman, of Selden, said after attending the liturgy at St. Matthew, where her three sons have acted as altar servers for the priest.

'It connects us as Catholics to something deeper.'

— Lea Hansen, of Babylon, on the Latin Mass.

Henry and Lea Hansen, who live in Babylon, were married in July at a Latin Mass in Bellmore.

"It connects us as Catholics to something deeper, it has a lot of historical context," Lea said, following the service at St. Matthew, her head still covered by a white chapel veil.

Already upset with the pontiff, conservative U.S. Catholics voiced some of the strongest objections to the pope's action.

"The headquarters of the opposition against Pope Francis is in the United States — for reasons that are theological, they are cultural, and they are political," said Massimo Faggioli, a Villanova University professor of Theology and Religious Studies.

"That started in 2013 when Pope Francs said about gay priests, 'Who am I to judge?' "; in 2016, when he changed a little of the [Church] practices towards divorced Catholics; and the papacy on the environment. So, there are a whole range of issues."

In July, a survey by Crisis Magazine, a conservative Catholic publication, found that the number of American parishes offering the Traditional Mass and the number of people in attendance had both grown since the start of 2019, with parishes climbing 27% and attendance growing by 71%.

While pointing out that only 4% of the country's 16,700 parishes offered even a single Traditional Mass on a regular basis, the magazine concluded that "at a time when general Mass attendance was decreasing, attendance at the TLM was dramatically increasing."

Offering a competing view, David Gibson, director of Fordham University's Center of Religion and Culture, wrote in an essay that "the idea that Catholics are pining for the Tridentine Rite is the trend story that never dies."

The Rev. Patrick Flanagan, a St. John's University theology professor, said that the pope's position "restores a sense of unity among the bishops." While supporting the pope, he acknowledged that the Traditional Mass has drawn younger Catholics.

"There's a yearning on the part of the youths for a sense of the depth and the beauty and the order and the sanctity of the Latin Mass that they're are not finding in the Vatican II mass," he said. "Because of that, that should prompt the Church and our priests, including myself, to say, 'Why is this not happening?' "